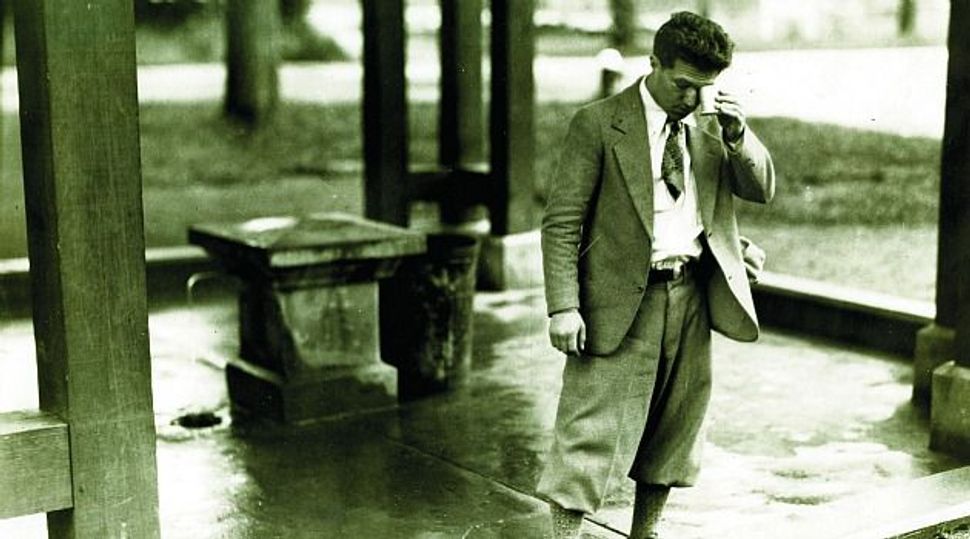 Morris Reich, better known on the Lower East Side as Moyshe the Shtarker, was standing in front of a pool hall and smoking a cigar on Avenue B near Eighth Street last Thursday afternoon when three young men walked up to him, seemingly in order to engage him in conversation. Instead, one of the young men pulled out a long knife, and before the eyes of hundreds of peddlers and passersby, stabbed Moyshe in the heart. Another of the assailants pulled out a revolver and shot Moyshe a number of times for good measure. As blood began to pour out of Moyshe’s chest, chaos ensued as the hundreds of people in the street began screaming and the assailants fled. Moyshe the Shtarker was well known on Avenue B, but not one person had anything good to say about him. Some even said he had it coming.

Jews worldwide are talking about the strange allegations made a few months ago in the popular magazine Woman’s Home Companion stating that musical prodigies Yehudi and Hepitza Menuhin are not actually Jewish. According to the article, their mother claims that she is descended from Tartar and Italian stock and that their father is the only one who is Jewish. This news caused a scandal in the Yiddish press, whose reporters dug up information indicating that Mrs. Menuhin was making the whole thing up and that, in fact, she was born a Jewess and the daughter of a rabbi who currently lives in Neve Tzedek, an area of Tel Aviv. Moreover, Moyshe Menuhin wrote a letter declaring that his wife was not, in fact, the author of the allegations made in Woman’s Home Companion and that the story is wholly false.

New York theatergoers who were alive during World War I will surely remember the star German actress Greta Meyer, whose talents graced the Art Theater on Irving Place. Meyer, who was born in Germany to Christian parents, learned excellent literary Yiddish in New York and went to work on the Yiddish stage, where she became a legend. She subsequently went to Hollywood, where she was successful as a film actress. Now 80 years old, Meyer has run out of funds and was recently evicted from her Hollywood apartment. However, friends and supporters surprised her by renting her a new apartment and moving her collection of theater memorabilia and costumes in with her.