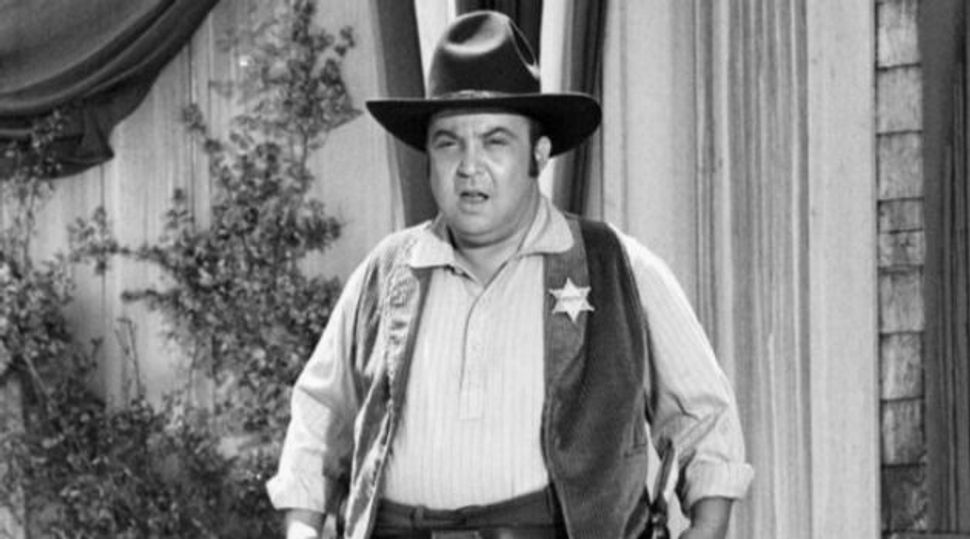 Sherman?s March: Allan Sherman, seen here on a TV show in 1965, paved the way for a whole new generation of Jewish comedians. Image by WIkimedia Commons

4 – “We’ve got Scarsdale men, we’ve got Great Neck/And just lately we’ve been sneaking into Darien” (“On the Streets Where We Live” My Fair Lady parody)

3 – “And the head coach, wants no sissies/So he reads to us from something called Ulysses” (“Hello Muddah, Hello Fadduh!”)

1 – “He was trampling through the warehouse/Where the drapes of Roth are stored.” (“The Ballad of Harry Lewis”)