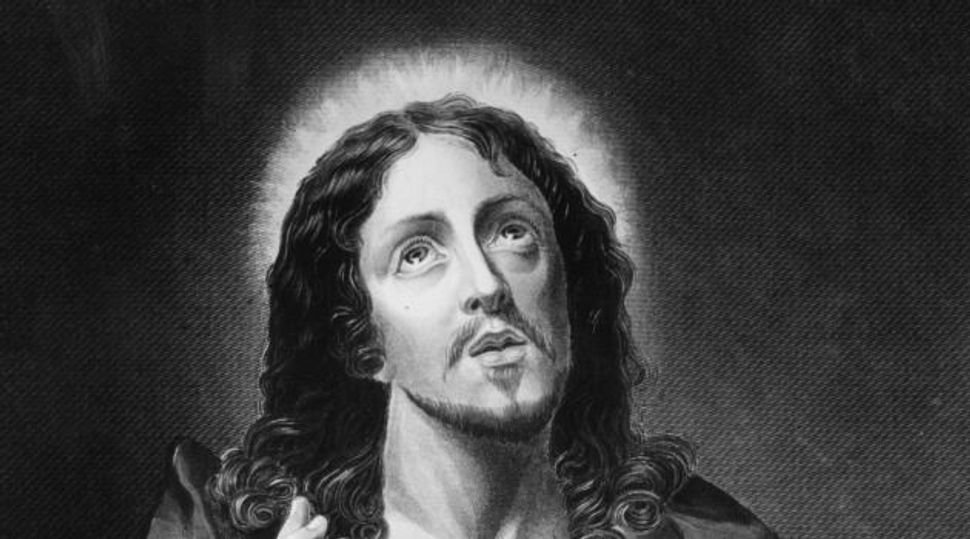 The Gospel According to Reza: Reza Aslan, in his new book, ?Zealot,? maintains that it was unlikely Jesus was able to read or write. Image by Getty Images/Hulton Archive

Zealot: The Life and Times of Jesus of Nazareth
By Reza Aslan
Random House, 336 pages, $27

Is it possible to change the tenor of public debate on a subject with a piece of writing? Is it conceivable that the “general reader” still exists, that judgment-suspended individual who picks up a book because she or he is interested in the topic and wants to know more, and not — as so often seems to be the case on the Internet — out of a desire to have prejudices confirmed or to be irritated by the “obviously wrong”?

Can we imagine that in a religious landscape as polarized as today’s, with fundamentalists and atheists ranged against each other with seemingly no points of commonality, we could calmly attempt to separate out the historical truths and convenient fictions behind the world’s most famous man?

The only real concern over “Zealot: The Life and Times of Jesus of Nazareth,” Reza Aslan’s masterful investigation of the historical Jesus, is whether there is still an audience open-minded enough to be able to read and take onboard its messages.

For the Jesus he finds when the accreted layers of centuries of worship are scraped off is rather different from the one we might be used to, and all the more interesting, human and relevant for that.

“Zealot” is a work of tremendous scholarly synthesis. Aslan, an Iranian born scholar, surveys the literature around Jesus — what we might know of a man of his time, what the Gospels tell us of his life, what we can discover from contemporary writings and archaeology — and weaves together this material into a highly convincing account of Jesus the man.

It is “in a word, preposterous” that Jesus was born in Bethlehem. A census was indeed taken in the year 6 BCE in Judea, but Aslan demolishes in a few swift sentences the idea that the never-inefficient Romans would have had people tramping over the country to their place of birth to be counted.

This, along with several other provable falsehoods in the Gospels, is explicable because they were written largely for a non-Jewish audience that wouldn’t have known it was inaccurate.

It is unlikely, Aslan points out, that Jesus would have been able to read or write. He was a follower of John the Baptist, who took over that man’s ministry after he was executed. Aslan shows how each chronologically succeeding Gospel downplays the role of John a little more, trying to make the case for Jesus’ uniquely divine status.

But Jesus’ followers begin to follow him only after John was arrested. It was John who spoke first of the Kingdom of God. Jesus’ message about a God who cares most of all how we treat others comes from Jewish tradition and from John. “Jesus even addresses his enemies… with the same distinct phrase John uses for them: ‘You brood of vipers,’” Aslan writes. Jesus, in Aslan’s convincing reading, is a disciple himself, who carries his master’s message and expands it into “a movement of liberation for the afflicted and oppressed… founded on the promise that God would soon intervene.”

One of the greatest challenges of researching this period is separating the lies, which have been inserted because they would have been expedient at the time, from the elements, which are probably true. Since Jesus repeatedly denies being the chosen Messiah — where it would have been more convenient for the Gospel writers, many of whom never met Jesus, for him to have accepted the title enthusiastically — we can presume that the historical man really did reject the title of Messiah. He calls himself instead the “son of man.” Aslan convincingly suggests that Jesus very strongly associates himself with the phrase “son of man,” meaning that he is a human king, not a godly Messiah.

And why, Aslan asks, was Jesus crucified? “If one knew nothing else about Jesus of Nazareth save that he was crucified by Rome, one would know practically all that was needed to uncover who he was and why he ended up nailed to a cross…. His offence… was etched upon a plaque and placed above his head for all to see: Jesus of Nazareth, King of the Jews. His crime was daring to assume kingly ambitions.”

In the closing chapters of “Zealot,” Aslan focuses on how the Jesus movement grew after the death of Jesus. Jesus’ brother James leads a group of followers who obey the Jewish laws and see no conflict between being a follower of Jesus and a Jew. But it’s Paul — a man who almost certainly never met Jesus and had persecuted his followers — who triumphs. He takes his idea of Jesus, a divine incarnation, more God than man, to a non-Jewish audience and there finds the converts to Christianity. And thus begins the modern age.

Nothing in “Zealot” will come as a surprise to anyone who has studied the period in any detail. Aslan’s triumph is not in original research or speculation. This is a deft, concise, respectful and accessible summary of — dare I say it? — the truth. It’s a summer afternoon’s read that explains, essentially, how Western civilization came to take the pattern we see today. And it’s hard to think of anyone, really, who wouldn’t benefit from reading it, if willing to accept its message. What’s most surprising is that a story so well accepted by scholars should still come as such a shock to us.

Naomi Alderman is a prize-winning novelist. Her most recent novel, “The Liars’ Gospel,” is published by Little, Brown.