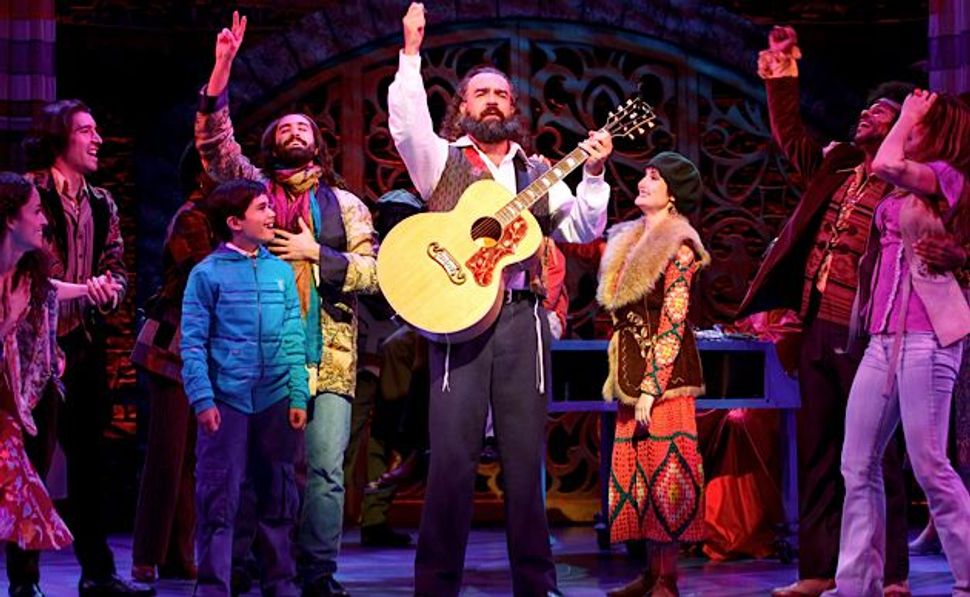 Almost 20 years after his death, Shlomo Carlebach is still a problem.

To some fans, Carlebach was the “Singing Rabbi,” a folk music star who performed alongside Bob Dylan and the Grateful Dead. To others he was a scholar and a sage, a talmudic genius and a spiritual leader in the tradition of the early Hasidic rebbes. In certain circles he’s viewed as an architect of Orthodox outreach while elsewhere he’s a 1960s hippie who broke with Orthodoxy in favor of ecumenism and egalitarianism. And to many critics he was a charismatic guru whose reputation is forever tarnished by allegations of sexual abuse against women.

Despite the problems of his legacy, Carlebach easily eclipsed any other composer or performer of Jewish music in the 20th century. If you ever attended a Jewish school, summer camp, youth group or synagogue, you have heard his songs. You can likely hum some of them, even if you don’t know that they’re his. (Consider his anthem in support of Soviet Jewry, “Am Yisrael Chai.”) Carlebach changed the sound of Judaism and he did it from Berkeley to Bnei Brak. No other Jewish musician has come close to that kind of achievement.

Now, Carlebach is the subject of a Broadway musical, “Soul Doctor,” which opened August 15 at Manhattan’s Circle in the Square Theatre. Written and directed by Daniel S. Wise — a theater producer whose parents were friendly with Carlebach — and featuring English lyrics to Carlebach melodies by David Schechter, another New York stage veteran, “Soul Doctor” was already a hit with audiences off-Broadway and in Florida before arriving on 50th Street. But like Carlebach himself, the musical’s themes resist easy definition.

Even while Carlebach was alive, his followers had difficulty piecing together the different aspects of his life. Born in Berlin in 1925 to a prominent rabbinic family, Carlebach fled to New York with his parents and siblings in 1939, where his father became the rabbi of Congregation Kehilath Jacob on West 79th Street. (Following his father’s death in 1967, Carlebach, together with his twin brother, Eli Chaim Carlebach, would take over the pulpit of what his now known as the Carlebach Shul.) After studying at elite yeshivas such as Beth Medrash Govoha in Lakewood, N.J., Carlebach joined the Hasidic milieu of the sixth Lubavitcher rebbe, Yosef Yitzchak Schneersohn, who encouraged him to conduct outreach to university students.

This mission turned out to be Carlebach’s forté, though he soon departed from the Lubavitch mode to create his own model of folksinger, Hasidic storyteller and spiritual guru, all rolled into one. In 1959 he released his first album, “Haneshama Lach” and in 1966 he performed at the Berkeley Folk Festival alongside Pete Seeger and Jefferson Airplane. In 1968 one of his early San Francisco followers, Aryae Coopersmith, rented a house for Carlebach and his entourage in the city’s Inner Richmond district, calling it the House of Love and Prayer. Surrounded by his “holy hippielekh,” the Singing Rabbi had joined the counterculture.

It didn’t take the religious community long to get wind of Carlebach’s doings. Yet for most of his life, Carlebach managed to maintain a precarious balance between the Orthodox world from which he came and the New Age circles in which he traveled. Even while he played at Jewish Renewal retreats (he and Renewal leader Zalman Schachter-Shalomi were friends since their days in Lubavitch) he maintained his Orthodox pulpit on Manhattan’s Upper West Side. To this day he occupies an ambiguous position within Orthodoxy, where his music is prevalent but his activities are vaguely disreputable.

This nebulous position allowed Carlebach to spread his music and teachings widely, but it came with a host of unresolved contradictions. Was he attempting to push against the strictures of Orthodox Judaism in order to create a more inclusive, spiritual practice, or was he was just willing to bend the rules in order to bring people closer to Orthodoxy? According to one story, told by Coopersmith in his 2011 memoir, “Holy Beggars: A Journey From Haight Street to Jerusalem,” Carlebach rejected a mechitzah to separate men from women in the House of Love and Prayer because “There are enough walls in this world between people.” But on other occasions he used a triage rationale for this arrangement, arguing that the flaws of his approach were minor compared with the spiritual threats facing American Jewry. When it came to the controversies surrounding his methods, it’s unclear what Carlebach’s underlying position was, or if he had one.

As a Broadway musical aimed at the general public, “Soul Doctor” focuses more on Carlebach’s rebellion than on his outreach. Here we see him defy his parents and community, first by joining the Hasidim and then, more seriously, by connecting with gentile musicians like Nina Simone and moving to San Francisco to fulfill his calling as a spiritual teacher. Unsurprisingly, it does not bring up the allegations leveled at Carlebach in a 1998 Lilith magazine article — Carlebach died in 1994 — that he routinely made sexually suggestive late-night phone calls to female acquaintances and that he physically molested numerous women over the course of decades. Such accusations naturally provoked fierce controversy about how to remember a man many considered a saint. For his part, Wise has rejected those allegations, as you would expect the creator of a Shlomo Carlebach Broadway musical to do.

“Soul Doctor” suffers from other difficulties stemming from the life of its subject. Even though the musical casts Carlebach’s struggle as the fulfillment of personal spiritual destiny at the cost of family and community ties, the story isn’t simply about a son’s break with his father’s religion. The drama of Carlebach’s life was about inter-Jewish controversy, not a departure from Judaism à la “The Jazz Singer.” Unfortunately, that’s hard to translate into a general-interest musical. Why should a non-Jewish audience care that boring synagogue services are alienating the younger generation and need to be reinvigorated? Or why should a Jewish audience member, who is attending a musical rather than synagogue on Saturday (as I was), care either? It’s not clear why the substance of Carlebach’s rebellion was all that important, except to him.

It also doesn’t help that at two-and-a-half hours, “Soul Doctor” is overly long, or that it combines questions about post-Holocaust forgiveness and black-Jewish relations with the theme of religious conflict. Such weaknesses are partly overcome by top-notch performances — Eric Anderson’s impersonation of Carlebach is accurate to the level of vocal and physical mannerism, and Amber Iman is equally captivating as Simone, with whom Carlebach was apparently acquainted. But the problem with “Soul Doctor” is more fundamental: For all of Carlebach’s influence, his mission to repair the spiritual health of the Jewish people is not really suited to a Broadway show.

But then there’s the music. At the end of the first act, Carlebach is in the recording studio, laying down tracks for his first album. Lacking familiarity with professional recording techniques, he cannot seem to transfer his exuberant approach to vinyl. His manager is about to give up, when he has an epiphany. The problem is that, as Carlebach has been complaining, he can’t hear his own voice. Not literally, but figuratively: His spirit is being smothered by the slick studio-band accompaniment. To solve this dilemma, the manager instructs Carlebach to start singing first and the musicians to come in only when they “can’t help it anymore.” The idea works, and Carlebach enfolds the band, the producer, and the entire audience into an ecstatic song.

Here, “Soul Doctor” successfully conveys its real inspiration: the euphoric effect that Carlebach had through his music, and the reason his melodies are ubiquitous today. The full meaning of his legacy may never be resolved, on Broadway or elsewhere. But at synagogue services and campfire sing-a-longs, Hebrew school assemblies and now on theater stages, Shlomo Carlebach will be with us for a while.