How Lizzie Skurnick Went From Young Adult Authority to Publisher 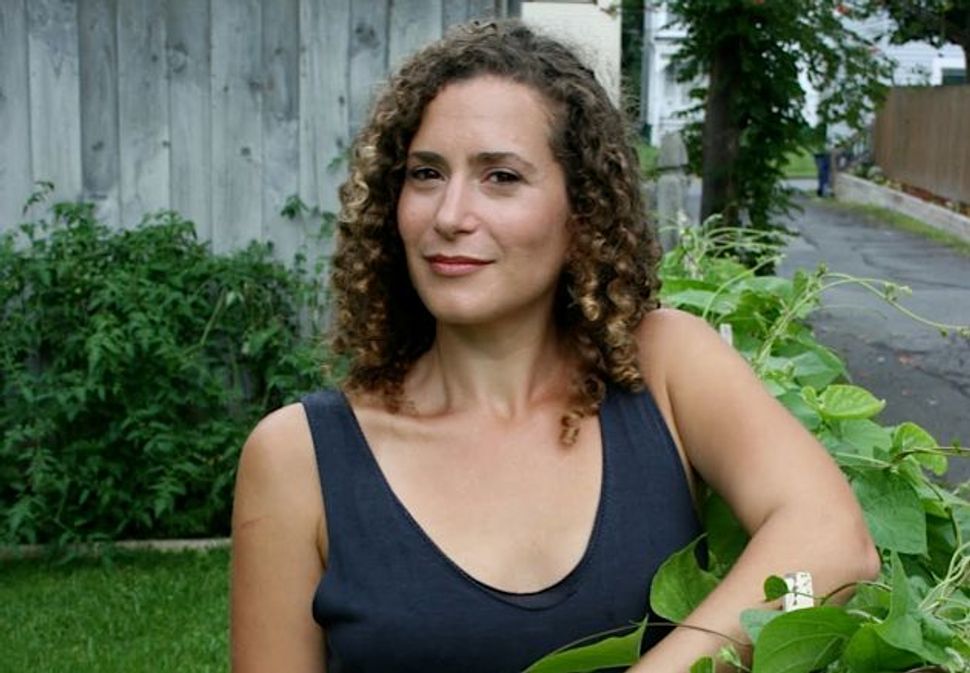 Writer and book critic Lizzie Skurnick has spent years poring over the young adult classics of her youth. She’s scoured eBay for them, studied them like a talmudic scholar, praised them in (hilarious) writing. And now, at long last, she’s putting the books back out in the world for the rest of us to enjoy. Starting in September, Lizzie Skurnick Books, an imprint of Ig Publishing, will begin rereleasing the classic Y.A. literature that Skurnick has already made a career of celebrating.

Skurnick emerged as the go-to authority on gone-but-not-forgotten Y.A. books six years ago, when she started writing the wildly popular Fine Lines column for the feminist website Jezebel. Each week, she wrote about a beloved novel from her youth. A book deal followed, and in 2009 Skurnick published an expanded compendium of the columns in “Shelf Discovery: The Teen Classics We Never Stopped Reading.”

The new imprint seemed a logical extension of the work Skurnick had already been doing to revive her favorite books and authors. “Because I’ve been writing about these books for over five years,” Skurnick said in a telephone interview from her home in Jersey City, N.J., “I’m already in touch with the readership and already the person people look to.”

And readers have been writing her, too. “People still contact me about which out-of-print books they’d like to see again,” Skurnick said, “so in a way I’ve already crowd-sourced the selection. Librarians are very excited about the series, readers are very excited — that’s why I’m so thrilled to be doing it, because I’m in contact with the people who want these books.”

Most of the books she’ll be rereleasing originally came out in the 1970s and early ’80s, when Skurnick, who was born in 1973, was coming of age as a reader — which happens to correspond with one of the richest periods in American Y.A. literature.

Skurnick, the daughter of black and Jewish parents, grew up surrounded by books reflecting both sides of her heritage, from “Black Like Me” to “Our Crowd.” “I read all those books very early,” she said. “There was always a mix. While I was reading all these Y.A. books, I was also reading the adult books that my parents were reading, or that they were buying, so I’d read M.E. Kerr’s ‘Dinky Hocker Shoots Smack!’ alongside James Baldwin’s ‘The Fire Next Time.’ And if, as a child, you’re reading Judith Kerr’s ‘When Hitler Stole Pink Rabbit’ and a history book about German Jews in 19th-century New York at the same time, those things merged for you.”

Lizzie Skurnick Books will reflect its curator’s wide-ranging tastes. Skurnick plans to release about 12 books a year, or roughly one a month, starting in September with Lois Duncan’s “Debutante Hill.” Other early releases include “A Long Day in November,” Ernest J. Gaines’s novel set on a sugarcane plantation; Ellen Conford’s “To All My Fans, With Love, From Sylvie,” an “On the Road” for the teen runaway set, and Lila Perl’s “Me and Fat Glenda,” about an unforgettable friendship between two very different girls. Skurnick will also be publishing the second, third, forth and fifth volumes of Sydney Taylor’s “All-of-a-Kind Family,” which she cites as the most dramatic example of a beloved Jewish classic that has unaccountably gone out of print, and a new trilogy by Perl about a young lady after World War II whose husband survives the concentration camps and comes to New York.

However varied in setting and topic, these books share a concern with social issues that Skurnick finds less prominent in fiction today. “When I was growing up, there was this wonderful flourishing of books about being black and being Jewish,” she said. “There was such an interest in these ‘issue novels.’ Like ‘Goodbye, Columbus’ really was considered a book about Judaism, and it was, and it was fascinating.

“It was a time of ‘The personal is political.’ There was always this mix of memoir and history. We’ve re-entered that time in some respects, but now it’s taking place on Twitter and blogs.”

Skurnick believes that today’s readers have much to learn from revisiting these books published in a “less careful” time. “It wasn’t only a progression from small-mindedness to larger-mindedness,” she said. “Most of the books from that era are much more detailed about racism and say more about the lives of Jews. I’m not sure we’re getting quite that level of rigor now. That was the era of the public intellectual and the big novel.”

Of her list, she said: “Every single one of these books is about significant things that happened in America. I sometimes think if an alien came down and wanted to know what America was like, I’d say, ‘Come look at my library.’”

This is just one reason that Skurnick so passionately believes that these books should remain in print in perpetuity. “I don’t want these books to go out of print ever again my lifetime,” she said. “If it’s within my control, I’m not going to let it happen. It’s a shande [shame] these books ever went out of print in the first place. I used to feel rage when I found certain books were out of print. It would be like taking M&Ms or, you know, croissants off the market!”

Skurnick predicts that her main audience will be adults who loved the books as teens — though, she adds, “I don’t believe in gearing books toward a certain market. We all found these books even though they weren’t marketed to us at all. We all knew we were supposed to buy “Flowers in the Attic” and “My Sweet Audrina,” but there wasn’t a Twitter campaign telling us to.

“If there’s one thing I’ve learned, it’s that you can never predict who your readers will be. Who knows, maybe 58-year-old dads will get a thing for M.E. Kerr. I’m thrilled whoever it is. I want children to read these books, and adults to read them, and generations of people to read and enjoy them.”

Laura Moser is the co-author of four young adult novels, the most recent of which, “My Darklyng,” ran as a serial on Slate.

How Lizzie Skurnick Went From Young Adult Authority to Publisher