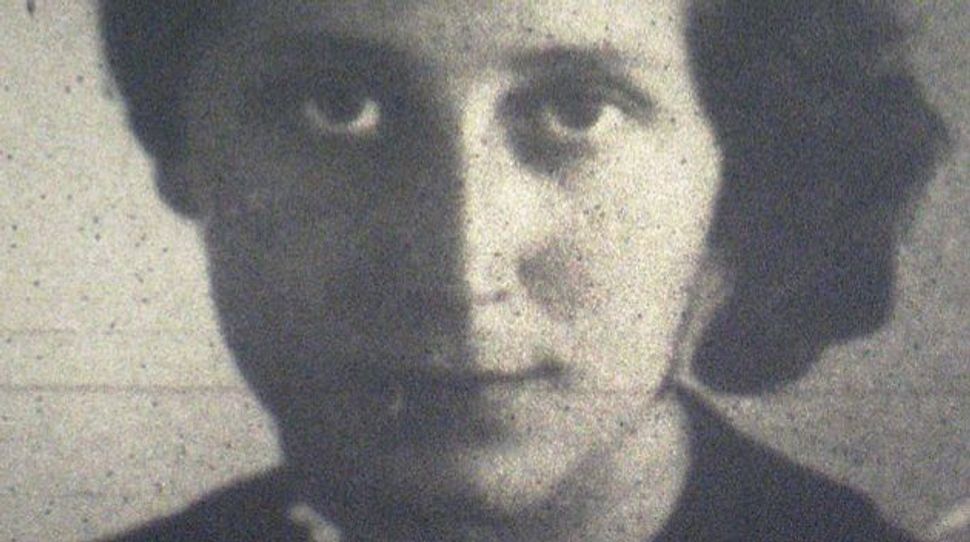 Not So Innocent: Wendy Lower?s ?Hitler?s Furies? details the involvement of Nazi women as persecutors of Jews.

A bounty of Jewish and Israeli-themed books awaits readers this fall, with choices ranging from the gently nostalgic to the deeply disturbing.

In both fiction and nonfiction, the past is very much present. Much of the fiction draws heavily on history (“A Guide for the Perplexed,” “Dissident Gardens,” “The Lion Seeker”) or autobiography (“Between Friends”). And some of the nonfiction relies on the narrative techniques of literary fiction.

Among the numerous books examining the Holocaust and Nazi Germany, we’ve picked two that have already garnered considerable buzz: Ben Urwand’s shocking account of Hollywood’s complicity with Hitler in the 1930s (“The Collaboration”) and Wendy Lower’s study of German women in the killing fields (“Hitler’s Furies”).

We’re also looking forward to studies of two internationally celebrated writers (“The Worlds of Sholem Aleichem,” “Roth Unbound”), significant histories of Israel (“My Promised Land,” “Like Dreamers”) and — we could hardly omit this — a biography of this newspaper’s founding editor (“The Rise of Abraham Cahan”). Here are our picks:

Dara Horn’s latest novel, a riff on memory, the malleability of the past and the biblical story of Joseph, revolves around the abduction of a software whiz, Josie Ashkenazi, in Egypt. Parallel plots focusing on the 19th-century Jewish scholar Solomon Schechter and the 12th-century rabbi, philosopher and physician Moses Maimonides distract from the more engrossing central narrative but lend the book symbolic heft. Another engaging read from an intellectually audacious writer.

In this epic novel of three generations of New Yorkers, the MacArthur Award-winning Lethem (“Motherless Brooklyn,” “The Fortress of Solitude”) depicts both the American Communist Party at its 1930s peak and Manhattan’s Greenwich Village in the bohemian 1950s.

One of Israel’s pre-eminent novelists, and the recent winner of the prestigious Franz Kafka Prize, looks back to mid-20th-century kibbutz life in a set of linked short stories with strong autobiographical resonances. The book is about “forgoing and longing,” Oz told the Israeli newspaper Haaretz, with the kibbutz serving as “an ultimate university of human nature.”

A Canadian novelist’s ambitious debut, “The Lion Seeker” is an epic of South African Jewry that touches on both that country’s troubled apartheid era and the European traumas of the Holocaustand World War II. Canada’s National Post newspaper called the novel, inspired by Bonert’s heritage as the child of Lithuanian Jews who settled in South Africa, “astonishingly mature, admirably incautious.”

Another multigenerational novel — this one originating in the ultra-Orthodox precincts of 1950s Brooklyn — explores women’s choices, family loyalties and the conflict between religious tradition and modernity. A best-selling American-born writer and women’s rights activist living in Jerusalem, Ragen is a controversial figure, both as a combatant against gender discrimination in the Orthodox community and as a litigant in (mostly successful) battles against copyright infringement claims.

This stunning book, which details the acquiescence of the American film industry in censorship demands by Hitler and his representatives in the 1930s, has already excited both acclaim and controversy. Urwand, a Junior Fellow in Harvard University’s prestigious Society of Fellows, draws on archival evidence to show that Jewish film moguls abandoned or cut film scripts critical of Nazi Germany in order to preserve revenues from the German film market: truth that does seem stranger than fiction.

● Like dreamers: The Story of the Israeli Paratroopers Who Reunited Jerusalem and Divided a Nation
By Yossi Klein Halevi
Harper, $35, 608 pages

The iconic photograph on the cover of American-Israeli author Yossi Klein Halevi’s new book shows the Israeli paratroopers who captured the Western Wall from Jordan during the Six Day War. Inside, Halevi tells the stories of seven of those soldiers, and what happened to them after their famous victory. From the fighter who became a settler leader to the one who became an anti-Zionist and a spy for Syria, Halevi’s narrative covers the epic sweep of Israeli politics and society over more than 40 years.

● The Worlds of Sholem Aleichem: The Remarkable Life and Afterlife of the Man Who Created Tevye
By Jeremy Dauber
Schocken, $28.95, 464 pages

A must for every Jewish bookshelf, this is the definitive biography of the Yiddish writer. Best known for the Tevye stories that inspired “Fiddler on the Roof,” the pseudonymous, multilingual Sholem Aleichem (1859–1916) was born in Ukraine. He married into inherited wealth and decided to write in Yiddish to shore up the tradition — even as he explored challenges to it. Dauber, professor of Yiddish literature at Columbia University, knows the territory, and situates the writer in a time of upheaval and transition.

The extent of the complicity of ordinary Germans is one of the great historiographical questions of the Holocaust. Drawing on both archival records and interviews, Lower, a historian at Claremont McKenna College and a consultant for the U.S. Holocaust Memorial Museum, chillingly details the involvement of Nazi women as persecutors of Jews in the ghettoes of Eastern Europe and as enthusiastic mass murderers in the killing fields of the Eastern Front.

The founding editor of the English-language Forward and The New York Sun tackles the story of Abraham Cahan (1860–1951), the founding editor of the Jewish Daily Forward. The socialist daily newspaper (launched in 1897) and its advice column, A Bintel Brief, were integral to New York’s assimilating Eastern European Jews and attained national influence. Lipsky is ideally placed to demarcate the relationships among journalism, community and social reform in the world of our grandparents and great-grandparents.

● Roth Unbound: A Writer and His Books
By Claudia Roth Pierpont
Farrar, Straus and Giroux, $27, 368 pages

Essential for Philip Roth enthusiasts, this is a critical evaluation of one our most prolific and prodigiously talented novelists by a longtime New Yorker staff writer (no relation). Rather than a standard biography, “Roth Unbound” is an attempt to interpret the writer through his works — an endeavor both tempting and treacherous, given Roth’s postmodernist manipulations of his autobiography.

● My Promised Land: The Triumph and Tragedy of Israel
By Ari Shavit
Spiegel and Grau, $28, 464 pages

Ari Shavit’s British great-grandfather visited Palestine on a Zionist tour in 1897, and his grandparents settled in Jerusalem. Shavit is now a well-known Israeli journalist and television commentator. In “My Promised Land,” he juxtaposes family memoir and narrative history in an elegantly written, fair-minded contribution to the debate about the meaning and future of Israel.

Julia M. Klein is a cultural reporter and critic in Philadelphia and a contributing editor at Columbia Journalism Review. Email her at [email protected] or follow her on Twitter, @JuliaMKlein