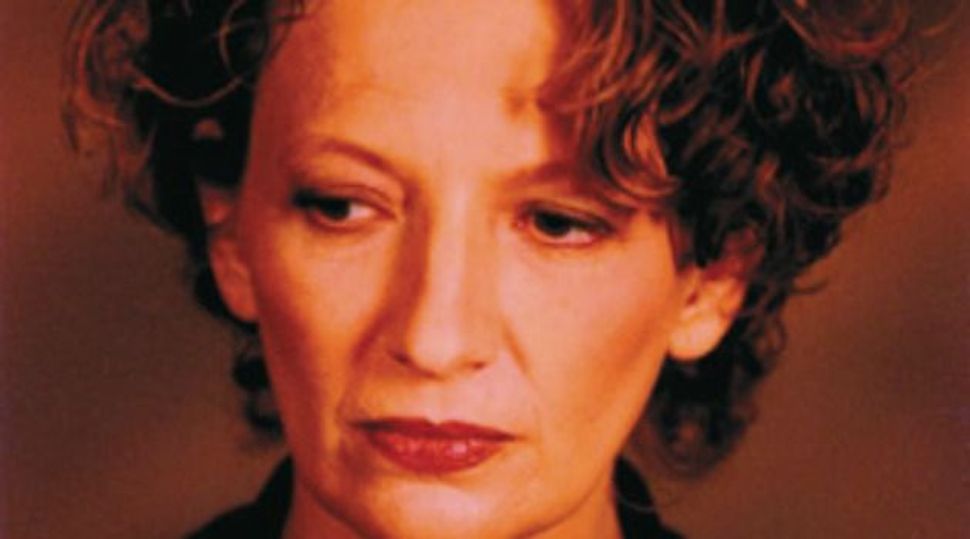 The Meaning in the Textile: Orly Castel-Bloom?s new novel concerns a woman who has to manage a very particularly Israeli brand of neurosis. Image by Forward Files

In Orly Castel-Bloom’s “Textile,” Amanda Gruber deploys an unusual strategy to help manage her particularly Israeli brand of maternal anxiety about the fate of her combat soldier son: undergoing serial cosmetic surgery. As the novel opens, Amanda is about to undergo her eighth procedure “in order not to know what was happening and not to worry uselessly” about him.

When she isn’t under anesthesia, Amanda owns and operates a factory that manufactures “100-percent cotton pajamas,” garments free from “religiously prohibited impurities” and designed to serve the ultra-Orthodox population. Amanda and her family, however, are wholly secular Israelis.

They also happen to be quite wealthy ones, thanks in part to the factory — which Amanda’s mother founded after immigrating to Israel from Rhodesia in the 1960s — and in part to the inventive talents of Amanda’s otherwise irritating husband, Irad. Awarded the famed Israel Prize for having devised a spiral escalator, Irad Gruber is now engaged in something more significant, sponsored by Israel’s Defense Ministry — the development of “terror suits” made of spider-sourced fabric. Amanda is able to keep her latest surgery secret from her husband because he is out of the country, visiting a colleague based at Cornell University in Ithaca, N.Y.

The novel’s action, most of which unfolds in the aftermath of Amanda’s surgery, alternates between Israel and Ithaca, where the success of Irad’s terror-suit project depends on the collaboration of an ex-pat Israeli woman named Bahat McPhee, who exhibits a severe Rod Serling obsession and a midlife desire to become a Reform rabbi. Bahat assists Irad in the hopes that she will be exempted from the Reform movement’s requirement that its rabbis-in-training spend a full year in that country.

Even in Ithaca, the novel seems to be populated by ex-pat Israelis, who in most cases exhibit little love for their former home. For that matter, the Grubers aren’t particularly fond of their countryfolk or culture, either. Trapped in an airplane’s coach cabin, Irad finds that “rubbing shoulders with the loudmouthed masses of the people of Israel made him ill.”

This disconnection from Israeli society contributes to a larger, overall sense of unmooring. In the world of “Textile,” the primary connective fabric comes from media. Whether through the medium of cable television or classic novels, words and stories somehow transcend temporal and international boundaries. Irad is at his happiest in Ithaca when he discovers an episode of “All in the Family,” “his favorite series of all time,” on television. Back in Israel, his daughter Irit devotes hours to watching the E! channel. And the Grubers’ son, Dael, distracts himself after each of his sniper assignments by reading classic literature, such as “Madame Bovary” and “Crime and Punishment.”

Though much of “Textile” is satirical, profound and painful realities rest at its heart. For example, the novel tells us that the Grubers’ son is assigned to the Givati Brigade, one of Israel’s first infantry brigades, which is now stationed near the Gaza Strip, charged with the responsibility of “fighting terrorism.” Is it any wonder, then, that Dael’s mother prefers to be unconscious?