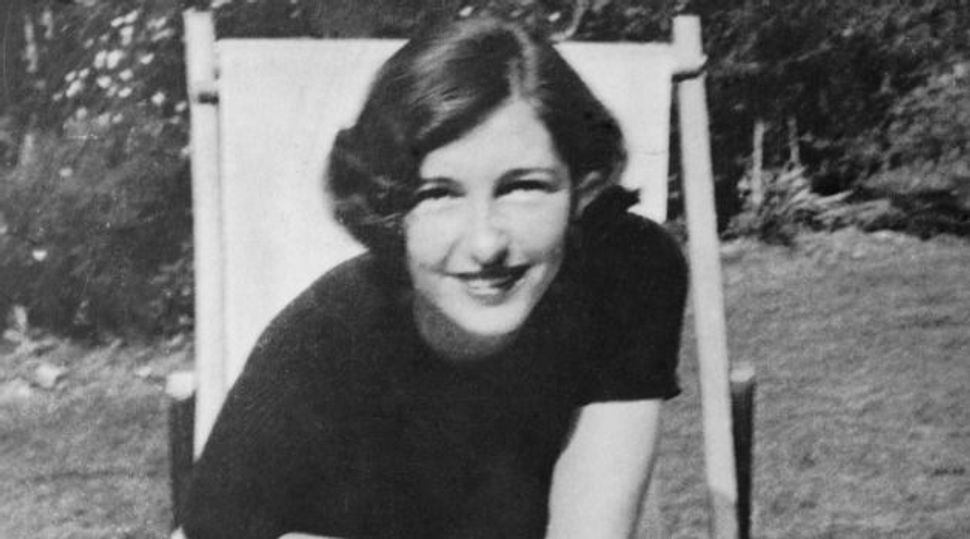 A Spy Who Loved: Though Ian Fleming denied that he knew Chrisine Granville, she was rumored to have been the inspiration for two female characters in James Bond novels. Image by Getty Images

The Spy Who Loved: The Secrets and Lives of Christine Granville
By Clare Mulley
St. Martin’s Press, 448 pages, $26.99

A new book about the spy Christine Granville, born Krystyna Skarbek of Polish Jewish ancestry, raises the question of whether there could be any joy in espionage after Auschwitz. “The Spy Who Loved: The Secrets and Lives of Christine Granville,” describes the derring-do of a flamboyant anti-Nazi agent during World War II.

The book’s author, Clare Mulley, debunks some of the most persistent myths about Granville, such as that she was “[Winston] Churchill’s favorite spy” — no such statement made by Churchill has survived — or that after a postwar love affair with the intelligence officer and novelist Ian Fleming, Granville inspired the sultry characters Tatiana Romanova in Fleming’s “From Russia With Love” and Vesper Lynd in “Casino Royale.” Mulley writes that Fleming “never claimed to have met [Granville], even in passing.”

Even without being a Bond girl, Granville proved that she was willing to live and let die. And she had a talent for waving around hand grenades when necessary. Granville was born in Warsaw in 1908 to the Jewish banking heiress Stefania Goldfeder and Jerzy Skarbek. He was an impoverished descendent of Włodzimierz Krzyżanowski, a Civil War general who fought at the Battle of Gettysburg.

“Much respected and liked by everyone,” according to one archival document, Granville’s mother would see her fortunes decline when the Goldfeder bank collapsed in 1926 because of economic distress in post-World War I Europe. Granville’s father abandoned the family and became an “anti-Semitic drunk,” as Granville told one lover, Francis Cammaerts, a British fellow special operations executive agent who organized French Resistance groups.

One observer of the family’s decline was author Witold Gombrowicz, whose autobiographical sketches, “Polish Memories,” describe Granville at Zakopane, a ski resort in southern Poland. Gombrowicz classed her with other offspring of marriages between Polish Catholics and Jews, as one of the “unfortunate creatures… never fully accepted in the salons.” Nonetheless, Granville soon married the author and diplomat Jerzy Giżycki, who later termed her “the most intrepid human being I have ever met — man or woman.”

In the 1930s, Granville spent time in London visiting Polish Jewish journalist Florian Sokolow, son of the Zionist leader Nahum Sokolow. Learning about Zionism from the Sokolows, Granville accompanied her husband in 1939 to South Africa, where he had been assigned a diplomatic post; the couple found that Johannesburg was “full of Polish Jews.”

After Poland was invaded by Germany in September 1939, Granville concocted a plan to ski over the Carpathian Mountains from Hungary to her homeland to fight the Nazis.

When Granville reached Poland, she tried in vain to persuade her mother to leave. Goldfeder preferred to risk being denounced and arrested rather than register as a Jew, as required by law. She may have chosen to remain in hiding rather than identify herself as a survival strategy, and not because, as Mulley claims, she was trying to avoid “life in the ghetto.” The Warsaw ghetto was not even established until November 1940.

In 1941, Goldfeder would be arrested by the Gestapo and sent to Pawiak prison, part of the Warsaw concentration camp. She was murdered, although no one knows exactly where, since Pawiak prison’s archives were never located. One Nazi collaborator informed Granville that her mother had died at Auschwitz, but that death camp’s records indicate no trace of her.

The idea that she had failed to protect her mother would weigh heavily on Granville and contribute to an increasing desperation and lack of prudence during the rest of the war. The British minister in Hungary accused her of having an “almost pathological tendency to take risks,” and it was difficult to find espionage work that was “sufficiently risky and bloodthirsty to appeal to her.”

In January 1941 in Budapest, the Hungarian police arrested Granville and a fellow agent (who was her lover). During lengthy interrogations, Granville bit her tongue until it bled, so that she could feign symptoms of tuberculosis. She appeared to be coughing up blood, and her captors, frightened of the infectious disease, released her and her fellow agent because they might be contagious.

In the summer of 1944 in southern France, just before D-Day, Granville had been parachuted in to help prepare for the Allied invasion. Her British commander and lover, Cammaerts, was imprisoned, about to be executed with two colleagues. Granville presented herself to the French Nazi collaborator who ran the prison as a British agent, and claimed to be the niece of Field Marshal Bernard Montgomery of Alamein, threatening dire reprisals after the imminent Allied invasion if these prisoners were shot. Her arguments were so persuasive that, thinking about his own postwar fate, the terrified prison official let them all go free.

In a review of the British edition of “The Spy Who Loved” for The Spectator, the octogenarian historian Alistair Horne, who knew Granville personally, stated: “Of all the women agents who risked their lives in Nazi-occupied Europe in the Second World War, Polish-born [Granville] must surely rate as one of the bravest of the brave…. [Her] reckless exploits smacked more of the age of Baroness d’Orczy [author of ‘The Scarlet Pimpernel’] than of the vile century of Heinrich Himmler.”

At the end of World War II, both Granville’s heart and spirit were battered; she had lost her mother and her homeland, which was handed over to Stalinist tyranny at the 1945 Yalta conference. Granville received a few medals, but her espionage days were over. The British intelligence agency MI5 no longer employed Jewish agents, as Mulley writes, “fearing divided loyalties” after the 1946 bombing of Jerusalem’s King David Hotel by the Irgun.

Left unemployed as an “angry, exiled, female, Jewish, Pole,” as Mulley describes her, Granville found menial labor as a stewardess on a shipping line. There she met an Irish steward who supposedly fell in love with her, but in 1952, when she did not respond to his advances, he stabbed her to death in a shabby London hotel. This tragic fate only echoed the untimely demise of her mother and most of European Jewry during the war. Granville’s life was so intertwined with the tragic victims of that conflict that any subsequent existence would have necessarily seemed superfluous.