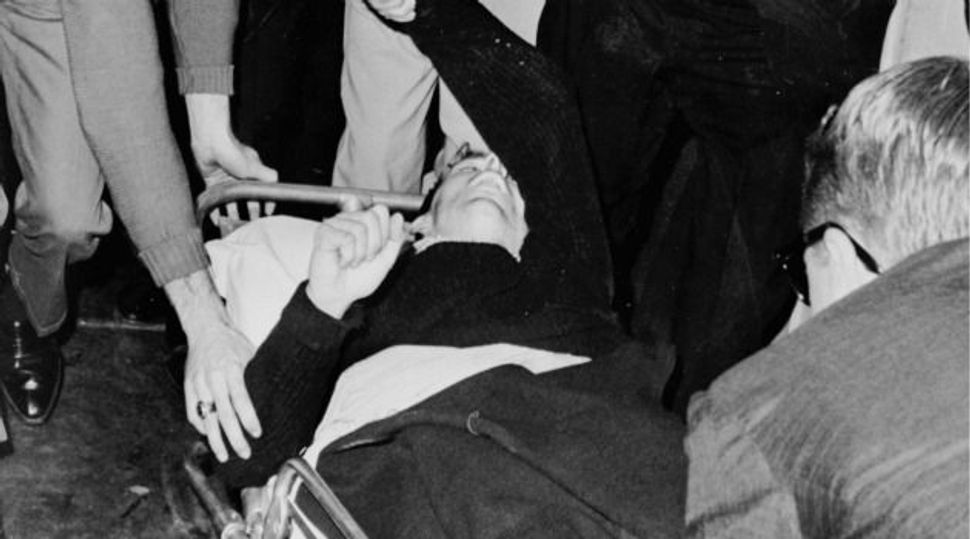 End of the Line: In Moscow in 1960, three years before he would assassinate JFK, Lee Harvey Oswald tried to kill himself, after which the KGB sent him to Minsk. Image by Getty Images

Before he killed the president of the United States, Lee Harvey Oswald was a metal lathe operator at a radio and television factory in Minsk. He had defected to the Soviet Union in October 1959, hoping to take part in a revolution that, unbeknownst to him, had been snuffed out three decades earlier, when Stalin liquidated the old Bolshevik guard.

When Oswald learned of this he fled to Moscow, since he hated America and his mother. The KGB did not want him to stay, and they refused to extend his six-day tourist visa, but then Oswald tried to kill himself in his hotel room and they relented. In January 1960 he was sent to Minsk, which was sleepy and far away from anyone important.

In 1960 and early 1961, before Oswald met his future wife, Marina Prusakova, the people who inhabited his world were mostly Jews. Even though their Jewishness had been attenuated and warped by their Soviet experience, it flickered on. It was, in fact, unmistakable. Their religious identity colored their thinking about the Soviet Union, communism, the war, the West, God and man. They were different, even if they didn’t like to think of themselves as different, from the Russians. 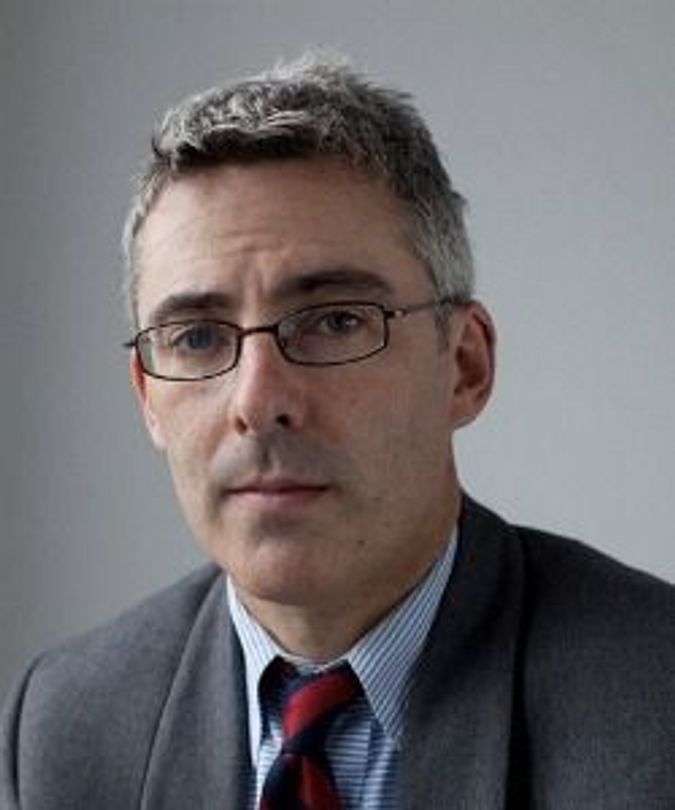 Lone Writer Theory: Peter Savodnik is the author of ?The Interloper: Lee Harvey Oswald Inside the Soviet Union.? Image by Landon Nordeman

This had a profound, if subtle, effect on Oswald and his experience inside the Soviet experiment. That effect was felt in ways concrete and not-so-concrete, in Oswald’s daily life and in his political fragments: very short, disjointed essays on the Soviet Union, the United States and what he called his “Atheism System,” which pieced together elements of communist dogma and capitalist theory and was as juvenile as it was overwrought and misguided.

The most important Jews in Oswald’s life were Alexander and Alexandra Ziger; their daughters, Eleonora and Anita, and the woman he met at the factory and proposed to outside his apartment building January 2, 1961. Had Ella German said yes, it’s hard to imagine Oswald returning to the United States when he did: German, probably the only woman he ever loved, did not want to leave Russia.

Oswald met other Jews at the factory, including Sasha Rubinchik, an engineer and one of his Russian tutors; Leonid Botvinik, a metal-lathe operator, and Maxim Prokhorchik, also a metal lathe operator, who later married German.

Many of the people Oswald worked with at the Experimental Department of the Minsk Radio Factory were partly Jewish. There were two reasons for this: elements of the huge, prewar Jewish community that had not been eradicated by the Germans, and anti-Semitism in Moscow, which fueled official fears of too many Jews working on important things related to the defense of the country (like rockets and radar systems) and channeled them into more bourgeois capacities, such as designing television sets. The Jews, like the Americans, had been consigned to a factory that made things the Politburo did not care that much about.

In his diary, Oswald, who had met few Jews in the United States, signaled that he was aware of religious differences. He spent most of his childhood in Louisiana and Texas, though he lived for a year and a half in New York. He called German a “Jewish beauty,” and there is a passage in his essay, “The Collective,” that describes the death camp in Minsk and a man at the factory with a brand on his forearm.

And there is even a vague suggestion in Oswald’s writings that he wanted to belong to this community, in so far as there could be said to be a Jewish community in a country that was officially godless. He enjoyed the sense of family — the Zigers often had him over for dinner, and the New Year’s Eve he spent with German and her extended family, replete with heavy drinking and dancing, was probably his most memorable night in the Soviet Union — and he admired Alexander Ziger’s and Rubinchik’s intelligence and culture.

Oswald had fashioned himself an intellectual before he arrived in the Soviet Union, and he frequented the opera and music conservatory, things that he almost certainly associated with Jews.

But Oswald probably did not appreciate the ways in which the Jewish sense of otherness shaped his thinking. In fact, this sense of otherness had made itself felt long before Oswald even knew there was a country called the Soviet Union. It was a random protester, demonstrating on behalf of the Rosenbergs, who first alerted him to radical politics.

This probably took place in late 1952 or 1953, when people were still protesting the Rosenbergs’ conviction and when the Oswalds were living in New York, where Lee would have been likelier to encounter a sympathizer of the Rosenbergs than in, say, Texas.

Oswald was probably 12 or 13, and he knew nothing about history or politics or Marx or the Cold War. Still, seven years later, when he was camped out in a hotel room in Moscow, waiting for the KGB to decide what to do with him, and an American reporter asked him how he had become a communist, Oswald recalled that day in New York. He explained that this was when the Marxist idea had first been planted in his head and led him to read “Capital” and, later, to imagine what it might be like to live in Russia.

Similarly, it was Alexander Ziger who, just a few months after Oswald turned up in Minsk, suggested that Oswald reconsider his Soviet adventure. The next year, 1961, when Oswald told Ziger that he was thinking about returning to the United States, Ziger told him he thought that was a good idea.

Oswald, so far as we know, never discussed his reservations about Soviet life, but they were understood. Oswald’s Jewish experience played on his own sense of alienation. He was, almost by design, incapable of building a home for himself. He had joined the Marines, and then he had ventured to the Soviet Union, believing that he would transcend this feeling of permanent homelessness, and in both cases he was left deeply unhappy.

There was something oddly “Jewish” about Oswald’s feelings of dislocation. The ineradicability of Jewishness that contemporary anti-Semitism, with all its biological imperatives, imposed on Jews seemed to parallel Oswald’s mounting fear that, no matter what, he would be never escape his rootlessness.

Alas, the Jew has a tradition and people in which solace and meaning can be found. Oswald did not. He had hoped that in Russia, in the motherly embrace of the communist utopia, he would be able to escape his misery, and he was wrong. When he returned to the United States in June 1962, he was no longer simply displaced — he was enraged. He did not see it this way exactly, but the feelings of anger and helplessness were unavoidable, ineradicable. The great divide between Oswald and his fellow floating ions was, of course, Oswald’s reaction to these feelings. The Jewish impulse, however quixotic, has often been to build a better world, one that moves beyond notions of otherness. In Oswald’s case, it was to destroy it and himself. He was, in this last, tragic effort, successful.

Peter Savodnik is the author of “The Interloper: Lee Harvey Oswald Inside the Soviet Union.” He lives in Washington, D.C.