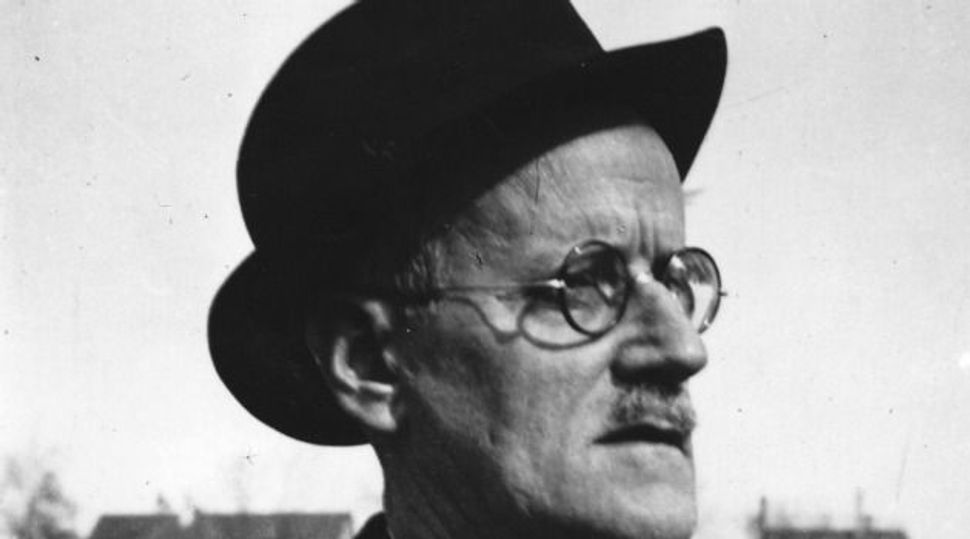 Ulysses? Gaze: With the publication of purportedly obscene work by authors such as James Joyce (above), Samuel Roth won a reputation as a renegade. Image by Getty Images

Biographies of book publishers are scarce, though the possibility of one or another is frequently announced, never to appear. Their lives, I once conjectured, had too many uncomfortable secrets that couldn’t be revealed, even after they’ve died. Consider that no biographies have appeared about Bennett Cerf, Alfred A. Knopf or James Laughlin, among other distinguished American bookmen, even though all of them had lives no less memorable than their most prominent authors.

Jay A. Gertzman’s “Samuel Roth: Infamous Modernist” is laudable initially for being not about a distinguished Jewish publisher, like Cerf or Knopf, but about a notorious one. Born in 1893, Roth went to jail not once but twice. He also differed from Knopf and Cerf, say, in that he wrote and self-published serious books, sometimes under pseudonyms.

The key to understanding how Roth differed from other noted publishers is that he was an Eastern European Jew, born in the Carpathian Mountains of Galicia, at a time, before World War II, when German Jews in America rigorously distanced themselves from Eastern Europeans. Once in New York, Roth matriculated into Townsend Harris, at the time the most challenging public high school ever in America, only to drop out. Knopf and Cerf, by contrast, descended from German Jews who arrived here in the 19th century, and they became gentleman publishers.

Knopf finished Columbia College before he turned 20; Cerf graduated when he was 21. By contrast, Roth got into Columbia University only to drop out. Even on the same campus, in the same city, these future book publishers moved in different worlds. Though Roth wrote acceptable English, he spoke it with a déclassé accent. Only recently did Columbia University accept his professional achievements.

In Roth’s lifetime, he was commonly reviled for publishing sections of James Joyce’s Ulysses in the mid-1920s, when the whole book was still banned from America as obscene. Two myths are that he printed it without Joyce’s permission and that his excerpts differed from those in Margaret Anderson’s more respectable The Little Review. Thanks to his scholarly research, Gertzman challenges both myths. Yet more notorious was Roth’s publication of his own 1934 work, “Jews Must Live,” which Gertzman generously describeds here as an “anti-Semitic diatribe published just after the Nazis came to power.” Though Roth subsequently disowned it, this was not forgotten by some of his previous friends and admirers.

In retrospect, we can see that Roth broke barriers for Cerf to publish “Ulysses” here legally in 1933. He also published an expurgated version of D.H. Lawrence’s “Lady Chatterley’s Lover” when it, too, was banned. As a major American radical publisher, Roth ranks with E. Haldeman-Julius and was a precursor to Grove Press’s Barney Rosset, Olympia Press’s Maurice Girodias, Barricade Books’ Lyle Stuart and Feral Press’s Adam Parfrey, all of whom were Jewish. In 1926 Roth founded Beau, the first men’s magazine in America, the short-lived precursor to both Esquire and Playboy. Among other departures from mainstream publishing, he issued his quarterly literary periodical, American Aphrodite, which appeared from 1953 to 1954 and was published as a hardcover book. One of its issues made Roth the courageous plaintiff in the 1957 case Roth v. United States, in which the Supreme Court, thanks to William Brennan’s majority opinion, found “redeeming social value” in the purportedly obscene work Roth published. Samuel Roth’s achievement in American publishing was a courageous one, and Jay Gertzman is to be congratulated for writing a lively biography of a kind of life so often neglected.

As a final note, I might add that one truth not to be forgotten is that other Jewish publishers began with erotica. Jacob Brussel, essentially a downtown antiquarian bookseller, spent three years in a slammer for printing here a pirated edition of Henry Miller’s “Tropic of Cancer.” I knew Ben Raeburn as a gentleman publisher who founded Horizon Press, which issued my “The New American Arts” in 1965 in addition to the complete works of Frank Lloyd Wright and early Harold Rosenberg.

What I did not know until reading David Cay Johnston’s obituary in The New York Times was that Raeburn was arrested in 1935 as the office manager of Falstaff Press, owned by his uncle, Ben Rebuhn. Convicted of sending “obscene materials through the mail,” Raeburn went to prison for two years in 1939. Among his prosecutors was my own father, Boris Kostelanetz, who, perhaps ashamed, never told me about it.

Richard Kostelanetz has published many books about contemporary American literature and culture, in additions to poetry and fiction.