The Return of ‘The Rise of David Levinsky’ 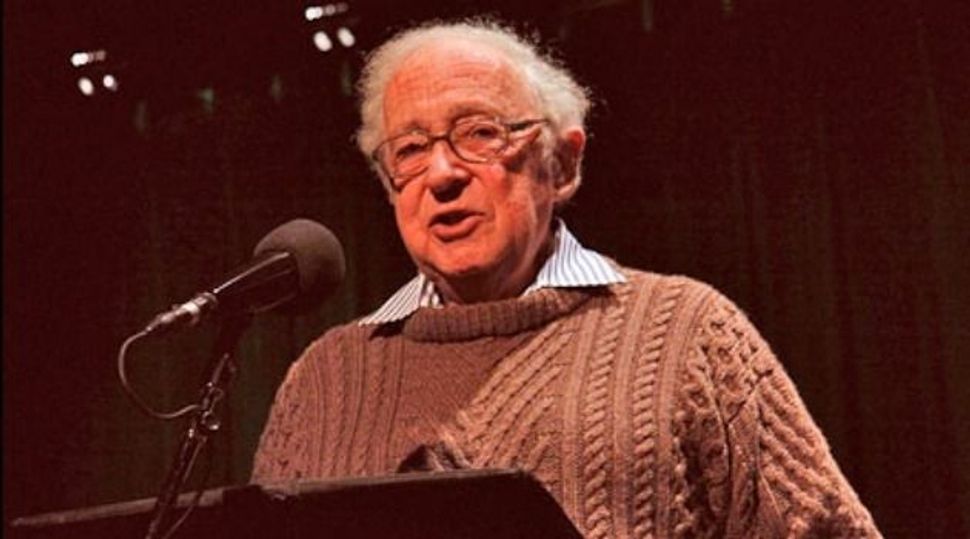 In a tribute to the late Isaiah Sheffer, who created Symphony Space, a flourishing arts center on the upper West Side, Avi Hoffman produced and starred in a staged concert performance of “The Rise of David Levinksy,” at the Symphony’s Thalia Theater, on Monday Oct 21. Based on the 1917 novel by Abraham Cahan, who founded The Jewish Daily Forward, the musical’s book and lyrics were written by Sheffer, who died last November at the age of 76. The music was composed by Bobby Paul, a professor of anthropology at Emory University.

The warm and lively event was as much an expression of affection for the show as it was for Sheffer, his widow Ethel and daughter Susannah, both of whom spoke briefly. The heartfelt enthusiasm of the actors on stage was palpable too, most pointedly from Hoffman himself who has been involved in the production in its various incarnations since the early 80s when he was in his mid-20s and came on board to play the young Levinsky.

The performance gave him visibility and launched his career he said, marveling that 30 years later he was back to play the mature Levinsky. Hoffman, who was a friend and admirer of Sheffer, introduced the performance by blowing a kiss to the sky, “Isaiah, this is for you.” 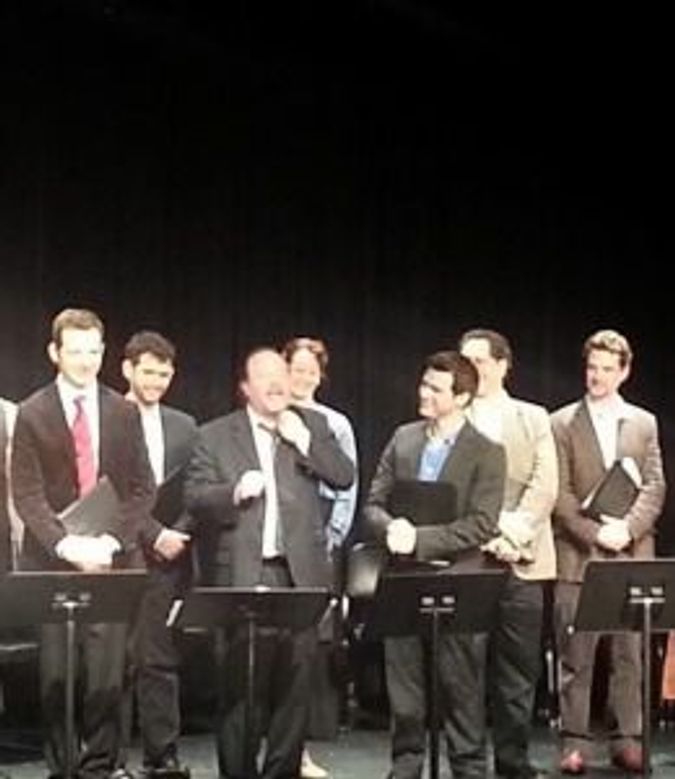 Image by Courtesy of Avi Hoffman

“Levinsky” tells the story of a guileless and wholly benign Talmudic youth who immigrates to New York in the late 19th Century and is transformed into a ruthless entrepreneur in the garment industry. He is wildly successful as a businessman, but profoundly alone and constantly in battle with his conscience along with the unions he despises. The tuneful score boasts ballads, romantic duets, and one major show-stopper.

“It is sad to me that a magnificent piece like this — it’s the true heir to ‘Fiddler’ — didn’t have the life it deserved,” Hoffman commented to me. “Last year at Isaiah’s memorial I sang a medley from the show and people said they loved it. It occurred to me that we could do it as a concert performance tribute to Isaiah. And perhaps we’d be able to regenerate interest.”

Undoubtedly the show has had a rocky journey over the decades, not least because the two co-creators had other jobs in different states, meaning that much of the collaboration was done via old-fashioned mail, occasional phone calls, and even fewer visits. It was the late 70s and email and not yet made its appearance on the scene.

But Sheffer was committed to the show as a theater man—he was an actor, writer, and director, among his many hats—and fiercely connected to his Jewish heritage. He viewed the novel as a classic of Jewish immigrant literature and acquired the rights to the novel for $500 Paul noted, stunned even in retrospect.

“Levinsky” was first performed in Yiddish at the Folksbiene. Sheffer with the help of his uncle, Yiddish actor Zvee Scooler, translated the work. In 1983 the show was presented in English and starred Larry Keith at the 92nd Street Y, where it was acclaimed by the public and The New York Times.

Shortly thereafter, “Levinsky” was optioned by producer Eric Krebs who took it to the George Street Playhouse in New Jersey (starring Laurence Luckinbill). That production was conceived as a stepping stone to an Off-Broadway house but as it turned out Krebs was unable to bring it to New York at that time.

In the interim producer Manny Fox optioned the work and after the deal was done said he didn’t like the score and wanted Paul out of the picture to be replaced by his own brother, composer Charles Fox, best known for his hit number “Killing Me Softly with His Song.”

Sheffer was not willing to part with Paul and the whole nasty conflict ended up in arbitration resulting in an agreement that stated the property belonged to Fox if he could raise a certain amount of money in a stipulated time. If not he’d lose the option.

The good news was that Fox failed to raise the funds and Krebs got back into the picture, producing the show Off-Broadway at the John Houseman Theatre (this time starring Larry Kert in the title role).“The three Larrys,” Mrs. Sheffer remarked. “Larry Keith, Larry Luckinbill, and Larry Kert.”

The production ran for five months, but for a variety of reasons the resources were not available for a longer run or to take the production to the next step, Paul said matter-of-factly, “which confirms my belief that commercial theater is not sustainable. We talked about moving it to a bigger theater, but it would just lose its neshuma. In the meantime we all had other careers.”

“Levinsky” was on a back burner for 20 years until Hoffman in 2007 decided to tackle the project, casting himself as the lead. Hoffman was running his own company (the now defunct) New Vista Theatre in Boynton, Florida and used it as a platform for his dream project. Further, he cast 30 actors to play all the roles, acknowledging this could never be done in New York because of the expense. In New York actors would play multiple roles as they did at the Thalia.

The Florida incarnation was a hit especially for Sheffer who traveled to Boynton to see the show with his wife. “His face just lit up,” she recalled, abruptly saddened by the memory of his face — and the pure joy that was written all over it — and her own painful loss.

As much as she would like to see the show introduced to a whole new audience, she very much has a wait-and-see attitude, despite the interest from several sources that surfaced following the staged concert Hoffman reports.

“I can’t say much except that we’re talking about a very well-respected Off-Broadway house that specializes in doing musicals that have been lost or forgotten. We’re trying to stay positive.”

Sheffer’s daughter Susannah is philosophical about what she dubs “the vagaries of show business.” But whatever happens the musical has enormous meaning to her as she grew up on it, watching her father working, reworking, and then reworking some more.

An author in her own right, Susannah learned something about the give and take of collaboration and how a writer might have to drop a song or a bit of dialogue he loves if it doesn’t work in the whole context. “Through my father’s revision process I learned to write,” she said. “We’d call it ‘The Revision of David Levinsky.’ My father had such delight if a line worked and joy in the creation. He also felt frustration, but that’s as much a part of it.”

She is convinced the play has universal themes, citing one of her father’s lyrics as the classic example. “’God may forgive, but a man has to live and the man must make peace with the boy.’”

Levinsky could be any American immigrant, including those arriving today, who have to grapple with moral conflicts as they become increasingly embedded in American materialism and lose their soul in the process, said Hoffman adding, the issues that are touched upon in the work, not least the role of unions, have unexpected application right now.

The Return of ‘The Rise of David Levinsky’