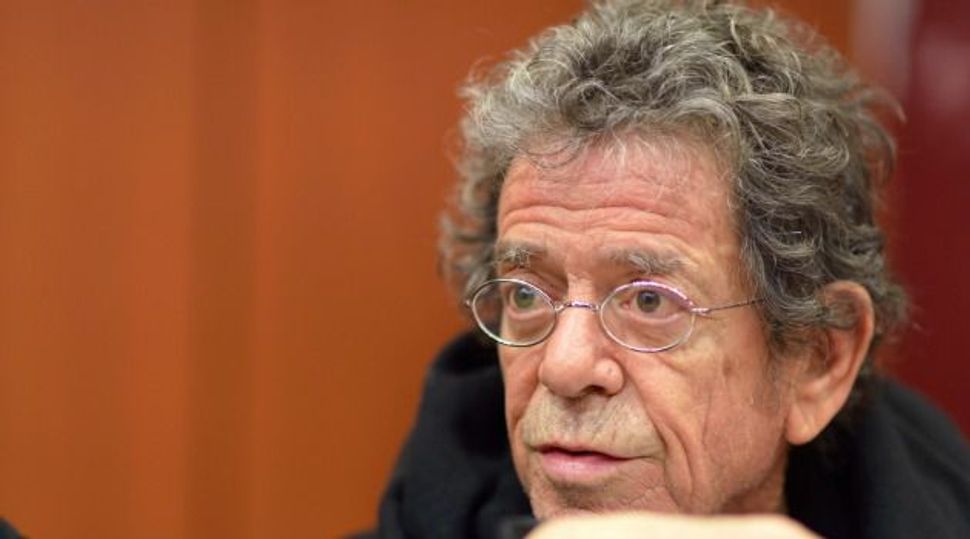 Waiting For the Man: Lou Reed was born into a middle-class Jewish home in Long Island in 1942. Image by Getty Images

Lou Reed — legendary rock iconoclast, gimlet-eyed poet laureate of the New York City streets, and one of the most important songwriters of the past fifty years — died yesterday at his Long Island home in Southampton, N.Y., following a long battle with liver disease. If it seems amazing that Reed lived to age 71, considering the addiction and self-abuse he weathered in his twenties and thirties, it’s also impossible to imagine a world without him.

Born Lewis Allan Reed on March 2, 1942, Reed was raised in a middle-class Jewish home in the quiet Long Island burg of Freeport. But the characters that populated so much of his Velvet Underground and solo work — the junkies, hustlers, whores, drag queens and other disenfranchised outsiders leading lives of not-so-quiet desperation on society’s urban fringes — seemed to dwell a 45-minute train ride to the west, amid the dirt, decadence and depravity of pre-Giuliani Manhattan. The Velvet Underground & Nico, the Velvet Underground’s defiantly uncommercial but massively influential 1967 debut, flew the flag for sex, drugs and rock n’ roll a good decade before that phrase entered the popular lexicon, thanks to such Reed-penned songs as “Waiting for the Man,” “Venus in Furs” and “Heroin” — the latter of which Reed wrote in 1964, when the Beatles’ “I Want to Hold Your Hand” was about the most daring sentiment on the U.S. pop charts. But what gave these and so many subsequent Reed compositions (including 1972’s “Walk On the Wild Side,” his lone U.S. Top 20 hit) their power was that they weren’t designed for mere shock value; like his brash croak of a voice, they sounded real, lived-in and devoid of unnecessary embellishment.

The no-muss/no-fuss directness of Reed’s lyrics primarily stemmed from his literary influences, which included the likes of Raymond Chandler, Hubert Selby, William Burroughs, Allen Ginsberg and Delmore Schwartz, the latter of whom he studied under during the early 1960s as a student at Syracuse University. “To be able to achieve what they did, in such little space, using such simple words,” Reed told SPIN’s David Marchese in 2010. “I thought if you could do what those writers did and put it to drums and guitar, you’d have the greatest thing on earth. You’d have the whole pie.”

But as matter-of-fact and even harsh as Reed’s oeuvre could be, there was a tender, empathetic and even romantic streak running through it, as well. As an obsessive and impressionable young music fan in the 1980s, I was initially drawn to the hard-edged attitude of “Sister Ray,” “Vicious” and “Street Hassle,” but found myself increasingly entranced by the fragile beauty of songs like “Sunday Morning,” “Pale Blue Eyes” and “Perfect Day” — a beauty which was all the more incandescent for the grim and grimy context created by the majority of Reed’s work. It came as no great surprise when I later learned that Reed had grown up a huge fan of Dion and the Belmonts, whose gorgeous harmonies were honed on the roughest of Bronx street corners.

For all his lyrical and musical straightforwardness, however, Reed’s career trajectory was anything but a straight line. The man simply did as he damn well pleased, often changing musical direction with scant regard for commercial niceties. That artistic restlessness manifested itself in some fantastically successful collaborations, like his groundbreaking work with John Cale on the first two Velvets albums, as well as Reed and Cale’s 1990 Andy Warhol tribute Songs For Drella. David Bowie and Mick Ronson co-produced Transformer, his 1972 commercial breakthrough; and the bands he assembled during his early-70s Rock and Roll Animal and early-80s Blue Mask periods have rightly attained legendary status. The former, which featured future Alice Cooper guitarists Steve Hunter and Dick Wagner, gave his music a high-energy arena-rock makeover; the latter, which included guitarist Robert Quine and bassist Fernando Saunders, was practically punk-jazz in its angular attack. It was a testimony to the innate quality of Reed’s songs that they held up equally well in both cases.

There were, of course, less successful endeavors, like Reed’s forays into disco (on 1979’s The Bells), hip-hop (1986’s “The Original Wrapper”) and metal (2011’s Lulu, a headache-inducing collaboration with Metallica). There was 2003’s The Raven, a ponderous all-star album inspired by the works of Edgar Allen Poe, and 2007’s Hudson River Wind Meditations, an album of ambient instrumental tracks inspired by Reed’s immersion in Tai Chi studies. (I actually love this album — but it’s certainly a long, long way from “Sweet Jane”.) And, most infamously, there was 1975’s Metal Machine Music, a double LP of droning guitar distortion and electronic feedback. Though it has since been critically rehabilitated, and even hailed in some circles as a Stockhausen-esque foray into avant-garde music, MMM was widely viewed as nothing less than commercial suicide at the time of its release.

Which, frankly, was just fine with Reed. He was only ever really concerned with his own artistic agenda, as opposed to the mammoth expectations imposed upon him by fans, critics, and the thousands of punk, alternative and indie bands that grew up from the seeds scattered by the Velvet Underground and his first few solo albums. But that was part of the challenge, and maybe even the fun, of being a Lou Reed fan; you might groan over a humorless stinker like 1986’s Mistrial, but then he’d come back with a brilliant record like 1989’s New York, and there would be nothing you could do except to pick your jaw up off the floor and welcome him back like a wayward uncle.

Cantankerous and prickly though he could certainly be, there’s no question that Reed, at least on some level, understood and appreciated the joy that his music brought to so many. After all, this was the man who wrote “Rock and Roll,” one of the greatest tracks ever waxed about the transformative and uplifting power of music. “She started dancing to that fine, fine music,” he sang on Loaded, the Velvets’ 1970 swansong, “Her life was saved by rock and roll.” There are countless fans around the world, this writer included, whose lives were at least partly saved — as well as broadened, enriched and redeemed — by Lou Reed’s rock and roll. And as his spirit is finally set free (“to find another illusion,” as he once sang), all we can do is offer our sincere thanks.

Dan Epstein writes frequently about the arts for the Forward. He is the author of “Big Hair and Plastic Grass: A Funky Ride Through Baseball and America in the Swinging ’70s.”