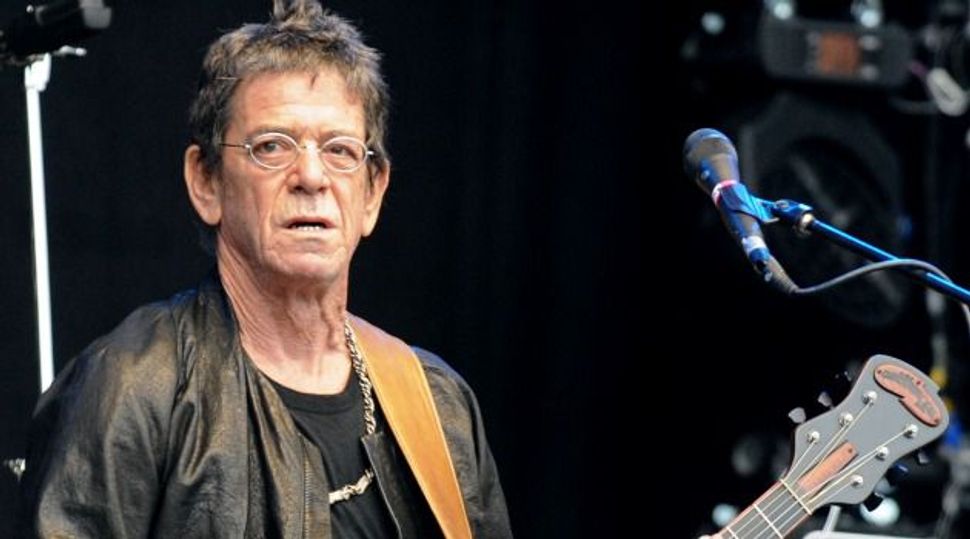 Sound Advice: Lou Reed once told Laura Albert, ?Interviewers aren?t really serious and you are better off not getting too serious in your answers.? Image by Getty Images

There was a time when I fell into the habit of writing in my mind to Lou Reed. The thought of him and his music quickened me to narrate to him and ask him questions. He had liked my writing and we had been put in touch, and I admitted all this to him, saying that when I heard a reply, it was probably time to up my meds.

But even dosing up wouldn’t have quieted this internal dialogue. Once I had direct communication with him, it unexpectedly intensified. There was one evening when the air smelt like Kool-Aid, sugary but with a sticky chemical scent, and it made me think of Lou — the viscosity of his work, how it can appear so seamless, like a web that’s almost invisible until it tangles you, catches you. That’s what was happening to me a decade ago, with Lou’s music and with Lou himself. I hadn’t watched David Letterman for years, yet the one night I did, Lou was on. To watch him was to attend a lesson in self-assurance — there was nothing anyone could take away from him other than what he was laying out. And that was more than enough.

When I think of Lou now, I regard him as part of a heritage of Jewish teachers, which includes my own parents, who helped form my life. Lou knew I was also working with a band, and he made sure to share with me how oppressive the music business had become. Not surprisingly he found a non-musical, bodily way to cope, through Tai Chi. It took him away from his work but let him continue to refine his strength and focus. He also felt it freed him to change his spirit. He knew that building up your body builds up your mind, and in Tai Chi Lou found an outlet for what he called “the bile that brews in the evil dawn.” That bile had been stirred in him by the innumerable predators drawn to the music business — “They have no values and will absorb you like a line of blow,” he once warned me. (He also made me consider changing my dentist. “I only have a female dentist,” he insisted. “They’re major nicer and I don’t like pain.”)

Maybe you can appreciate why I even had a dream with Lou in it around then. He had crow wings on and did this very graceful dance around me. I kept trying to ask him what it meant and he kept telling me shhhh. Then finally Lou said, “Can’t you just shut the fuck up and watch?!” I was hurt and kind of shocked, but I did. I shut the fuck up and watched. And I got the feeling that I was on the verge of learning something.

All sorts of social rituals and activities define how an artist is commodified, and Lou once explained to me flat out: “Remember, the ‘party’ is work.” Schmoozing with business folks is work, not fun, and he knew it was vital to keep friends with you, to help you stay sane. On a deeper level, I could tell he understood that making it to the top obliged him to send the elevator back down again. “You’d be amazed,” he told me, “how well the ‘if they don’t go I don’t go’ routine works if you happen to be ‘hot.’”

We both felt a kinship through our work — like mine, his had excited not just attention but notoriety because it involved drugs, sex, and violence. Lou was partially shielded by being a member of the Velvet Underground, and they were shielded in turn by Andy Warhol: “Warhol absorbed all the punches and inquiries that might otherwise have been directed at me.” But as a solo artist, Lou had to endure the same issues tormenting me: “The questions which showed up later were always the same — what’s it like? are the stories/feelings real? did you really do that? and mainly over and over … are the songs real.”

And Lou warned me about something that I knew was true: “The interviewers aren’t really serious and you are better off not getting too serious in your answers.” He loved the way Andy Warhol had once chided him for his response to a journalist: “You’re not telling the truth are you? Why would you do that? Aren’t you bored with that yet? You really shouldn’t do that.” He recalled for me that Warhol would send out to seminars and appearances an actor saying that he was Warhol, and how Andy claimed, “They would like him much better than me.” So he recommended I consider doing the same.

That’s why I say that communicating with Lou — as an artist or as an individual — really felt like talking to myself. When he insisted to me, “the work has already told them more than they ever need to know and does not require explanation or window dressing,” it was like hearing myself. One short email he sent me, which I treasure, said it all, really. Its subject was “most cool,” and Lou simply quoted Laura Barton’s comments about my writing — “The work is all. The identity is irrelevant.” — and added, “Very well said…”

When Lou participated in a public reading of my work, he had every nuance down, and it gave me chills of recognition that I’d never felt before, not even after I’d written it. That was a gift he gave me, a chance to understand layers of myself, which I had buried. Thank you, Lou.

Laura Albert is the author of “Sarah” and “The Heart Is Deceitful Above All Things,” published under the name JT LeRoy. She wrote the screenplay for Gus Van Sant’s “Elephant” and has written for the HBO series “Deadwood.”