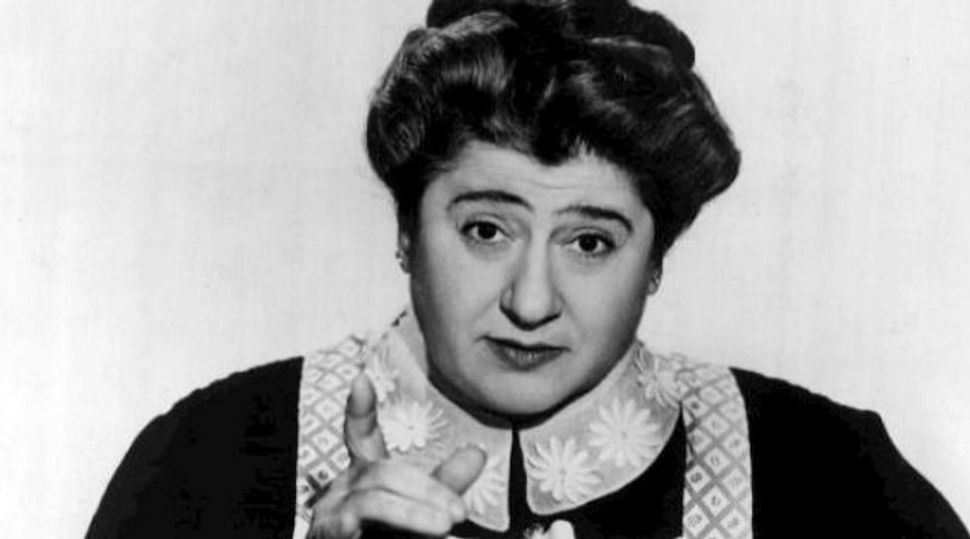 Yoo Hoo, Mrs. Goldberg: The famed ?Molly Goldberg Cookbook? is one of the volumes on display at the University of Michigan. Image by Wikimedia Commons

“I didn’t want this exhibit to be only of interest to Jews or foodies, but to everyone,” said Janice Bluestein Longone, collector of one of the most important archives of culinary literature in America. In the 1990s she was made adjunct curator of the collection after donating the archive to the University of Michigan in Ann Arbor. The Jewish piece of the 25,000-piece Janice Bluestein Longone Culinary Archive is on exhibit at the university’s Special Collections Library. The 80-year-old Longone, who still travels the country, lecturing on gastronomic literature, has never been short on ambition. “Right now, it’s the Jewish contribution, but we’ll do other groups, too, in the future, I hope,” she said.

Still, since she is a Jewish woman, this exhibit is particularly meaningful to her. Standing in front of the Library’s North Lobby, she shows off the array of Jewish charity cookbooks. “Though the charity cookbook goes back to 1864, with women raising funds for the Civil War, the Jewish charity cookbook can be traced to 1888,” Longone said. That was “The Fair Cookbook” from “the ladies” of Congregation Emanu-El, in Denver.

“The cookbook was eventually donated, and then stolen, from the University of Denver’s Penrose Library,” Longone said. “What we have here is a facsimile.” Other early cookbooks include the 1927 “Philadelphia Cookbook” from Congregation Rodeph Sholom, and the 1903 “The Temple Cookbook” from the Women’s Auxiliary Association of Temple Beth El, in Detroit. Longone had to first beg and then guilt the local congregation into sending over that one, pointing out that the University of Michigan exhibit had books from as far as Denver, California and Hawaii, and how would it look if there were no books from Michigan?

In the titles of the cookbooks, we can see the evolution and development of Jewish communities in the United States. For instance, the early German Jewish cookbooks from the West, Longone pointed out, were not kosher. The Sephardic influence is evident in books from the early 1970s, like the Temple Tifereth Israel Sephardic Sisterhood cookbook from Los Angeles, “Cooking the Sephardic Way, 1971,” and “The Sephardic Cooks (Come Con Gana),” from Atlanta’s Congregation Or Ve Shalom Sisterhood. In the early 1990s, as Jewish communities around the country opened their doors to a new wave of Russian Jewish immigrants, the Resettlement Service of Southfield Michigan published its cookbook, “With a Russian Flavor.”

Jews have always managed to make holidays anywhere, and the farthest-flung Jewish charity cookbooks seem to also have the best titles. There’s the ‘When You Live in Hawaii You Get Very Creative During Passover’ Cookbook” from Congregation Sof Ma’arav, in Honolulu, and “You Don’t Have To Be Jewish To Cook Jewish” from Mt. Zion Sisterhood, Sioux Falls, S.D., and my particular favorite, “Lox and Grits, Jewish Kitchens in Appalachia” from Beth Israel Synagogue in Asheville, N.C. 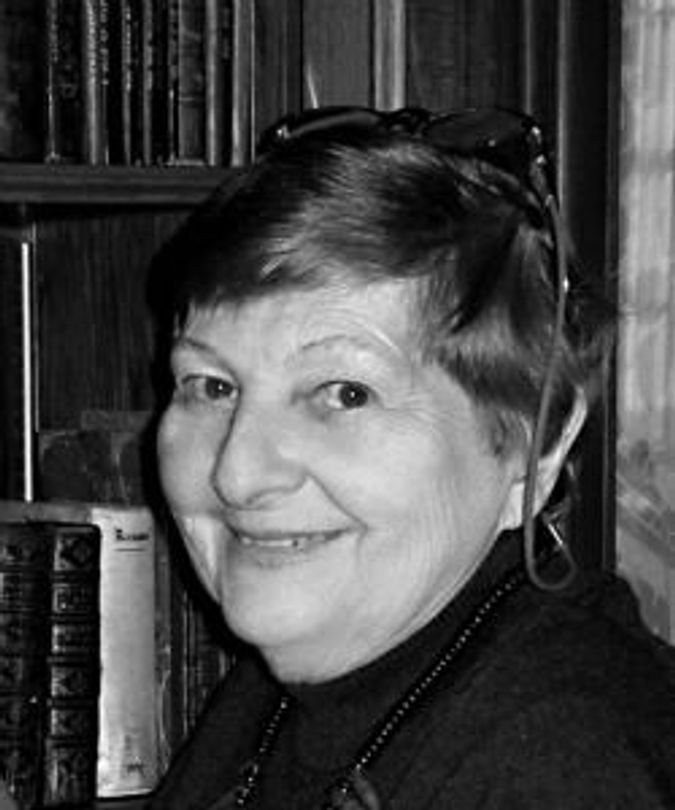 While planning the exhibit, Longone and co-curator Avery Robinson, a Master of Arts student in Judaic studies who wrote his master’s thesis on the history of kugel, were determined to represent the charity cookbooks of all 50 states. “We now have twice as much Jewish material in the archives as we did before,” Longone said.

Leaving the charity cookbooks in the North Lobby, a visitor takes two lefts and finds herself at the Audubon Room in the Hatcher Special Collections Library. Located there is the centerpiece of the exhibit, the first-known Jewish cookbook published in America, “Jewish Cookery Book,” written in 1871 by Esther Levy, a woman of complete mystery: “For over a hundred years people have been trying to find out who is Esther Levy (née Jacobs), but her name is so common, no one has been able to find anything out about her. I would bet she was a woman who entertained frequently,” Longone said. The university acquired the book at auction in 1996.

The professional cookbooks section also includes books of Jewish interest that are not specifically Jewish, such as the 1867 “The Market Assistant” by Thomas F. DeVoe, which details all the meats, fish, wild game and produce available in the early public markets in Boston, New York and Philadelphia, and “Bakers and Baking in Massachusetts: Including the Flour, Baking Supply and Kindred Interests From 1620 to 1909” by Arthur W. Brayley, which offers rare information on bakers unions and early labor practices in New England, including a detailed description of Kasanoff’s, the leading 20th-century Jewish bakery in Boston, along with a picture of its proprietor, David Kasanoff.

Along with the labors of men, the Cabinets also display some of the inroads that Jewish women made in America in the early to mid-20th century, including “Fannie Fox’s Cook Book,” written by Lavinia Schwartz and Fannie Ferber Fox, with a foreword by her sister, the writer Edna Ferber; and also “The Molly Goldberg Cookbook,” by the television star Gertrude Berg and Myra Waldo. There is also a section devoted to the menus of beloved Jewish delis and hangouts, including (to name just a few) New York’s 2nd Avenue Deli, Russ & Daughters, Barney Greengrass, Katz’s and Kosher Delight; Miami’s famous Rascal House; Grossinger’s kosher hotel in the Catskills, and of course, Ann Arbor, Mich.’s own Zingerman’s.

In short, you could spend an afternoon in this exhibit and barely scratch the surface of its offerings. “Noshing in America” details menus and souvenirs from Jewish barbeque competitions, food festivals and chili competitions. Their popularity reflects just how far the influence of Jewish food has spread. As Longone herself said, when hundreds of people show up for a Yiddish food festival in Cheyenne, Wyo., or at the Idaho Jewish Cultural Festival in Boise, Idaho, and thousands for a Jewish food festival in Asheville, you can be pretty sure some of them are not Jews. Which is exactly her point. Jews have made their mark on so many areas of American life, but in few is that influence as pervasive, seductive and accessible as in the kitchen.

Sharon Pomerantz, author of the novel “Rich Boy” (Twelve, 2010), teaches writing at the University of Michigan.