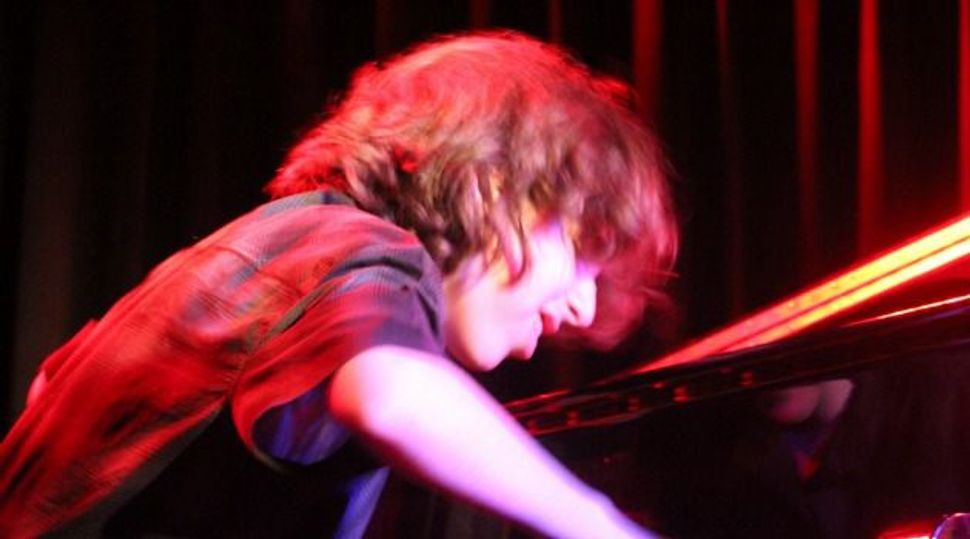 Live From Lincoln Center: Chick Corea chose Gadi Lehavi to be one of his ?musicians of the future.? Image by Courtesy of Avner Lehavi

Viewed from the upper-level seats in Jazz at Lincoln Center’s Allen Room, Gadi Lehavi cut a slight figure. Seated at the piano, he seemed to disappear beneath a mop of unruly hair. But when he started to play, a giant-in-the-making emerged — and a moment was defined for the millennial generation of Israeli jazz musicians.

The occasion was a May 17 concert, organized by Chick Corea and billed as “musicians of the future.” Lehavi, 17, was one of only two young musicians chosen to participate in the event, a no-holds-barred set with four American jazz stars. Presented on one of the jazz world’s biggest stages, the set constituted a make-or-break “coming out.” Lehavi proved more than up to the challenge.

The concert capped a multiyear series of events that began with a video of Lehavi at age 13, paired with saxophone great David Liebman in a duet of “Autumn Leaves.” The video, taped at The Hague during the annual meeting of the International Association of Schools of Jazz, revealed Lehavi to be a startlingly sensitive foil for Liebman, Miles Davis’s onetime associate. It went viral, and suddenly Lehavi was a subject of conversation.

His profile rising, Lehavi decided to spend a little time in Boston. There, he developed contacts that ultimately led to coveted engagements in New York, including one as a sideman at the Village Vanguard with another saxophone star, Ravi Coltrane — the son of John — and a solo turn at the Blue Note.

Then came the Lincoln Center moment. The performance — a romp, alternately fiery and floating, with trumpeter Wallace Roney, bassist John Patitucci, drummer Marcus Gilmore and Coltrane — gained notice in the mainstream press and, carrying Corea’s imprimatur, cemented Lehavi’s status as a generational voice among his countrymen.

Despite the attention, Lehavi has not allowed himself to be drawn fully into the orbit of New York. He has taken time to finish his studies at the Rimon School of Jazz and Contemporary Music in Ramat Hasharon and to build ties with Israeli standouts from the generation before his, notably saxophonist Eli Degibri, with whom he has recorded and performed live in Tel Aviv.

In doing so, he has proved the very model of the global professional, moving easily between the United States and Israel and traveling to Europe, Australia and South America. Where he will end up next is unclear. What is clear is that a line of millennials, at Rimon and in schools throughout Israel, is waiting to follow him.

Phillip Lutz lives and writes in New York. His work has appeared in Newsday, DownBeat and The New York Times.