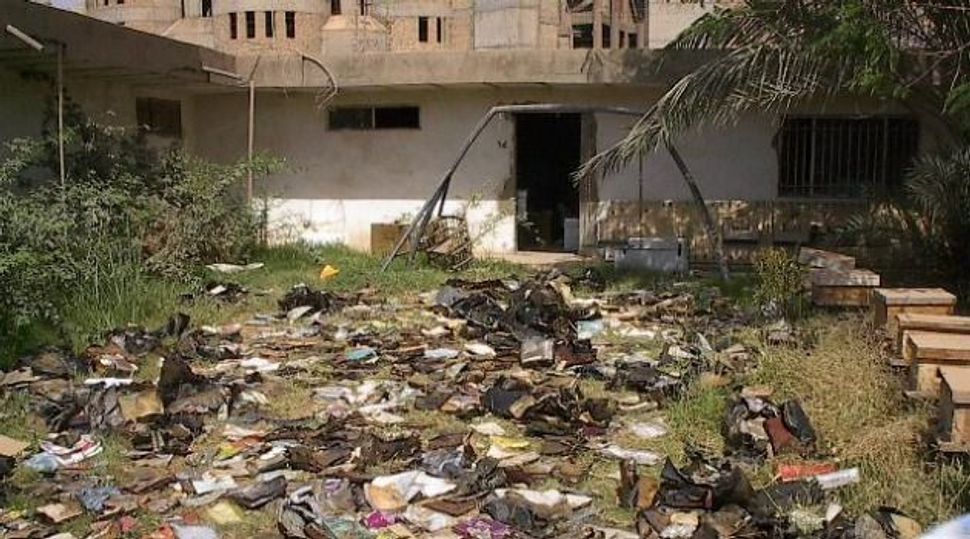 Last year, the National Endowment for the Arts released some preliminary findings from its 2012 Survey of Public Participation in the Arts. The survey found that more than two-thirds of American adults accessed art via electronic media, including handheld mobile devices and the Internet. This information came as no surprise to the most widely known Jewish institutions disseminating Jewish art and culture — namely, Jewish museums.

Leadership teams at Jewish museums across the country have been grappling for some time with what it means to have virtual visitors. In the age of Facebook, Twitter, Flickr and Tumblr, Jewish museums are strategizing about how to share their collections with and engage people all over the world who might never walk through their buildings’ front doors.

A further challenge is posed by the fact that in-person visitors do not expect to fully disconnect from their screens while in the galleries. For many people, a 21st century museum visit is incomplete without an interactive experience facilitated by QR codes or touch screen technology.

The subject of how new media is impacting Jewish museums will be high on the agenda of the Council of American Jewish Museums’ upcoming retreat in March, titled, “Connecting to Communities in Changing Times.”

“The CAJM retreat is focusing on the many dimensions of change that are occurring in the communal and cultural environments in which our institutions pursue their missions. Technological developments and shifting audience expectations are an important component of change,” CAJM executive director Joanne Kauvar told the Forward.

“We are going to be dealing with how to cope in our current reality, in which there are changing and fragmented modes of cultural consumption,” said Zachary Levine, one of the retreat’s co-chairs and assistant curator at Yeshiva University Museum in New York.

Levine said he expects a protracted discussion of critical issues facing museums in the next decade. “It’s not a crisis, but it is a paradigm shift,” he said of the fact that the digital space is becoming increasingly critical and dominant.

“Today, you need to make a strong case for visiting museums in person,” said Allison Farber, former educator for new media at New York’s Museum of Jewish Heritage and producer at Potion, a design and technology firm specializing in interactive experiences.

“Cultural institutions need to think about ‘the salient experience,’” said Lori Starr, the new director of the Contemporary Jewish Museum in San Francisco. “If people are not coming in your door a lot, then their one visit had better be great.”

At the same time that Starr’s museum is working to get people through its doors, it has embraced the notion of a remote audience. With this audience in mind, CJM is using cutting-edge technology to design new exhibitions and installations that reach in-person visitors and online visitors simultaneously, and in real time. As far as Starr is concerned, a museum’s digital footprint is an extension of its brick and mortar presence. She said she’s in favor of mounting online-only exhibitions.

Josh Perelman, chief curator and director of exhibitions and collections at the National Museum of American Jewish History in Philadelphia emphasized the importance for museums to be strategic in terms of what he calls “touch points” for different kinds of visitors.

The highest-level touch point would be the preservation of exhibitions and programs through the Internet, like NMAJH’s “To Bigotry No Sanction: George Washington and Religious Freedom” interactive letter activity and walking tour, This online offering has allowed the museum’s 2012 exhibition centered on the 1790 letter George Washington wrote to the Hebrew Congregation of Newport, Rhode Island to continue after its physical closing.

While not all Jewish museums can engage with remote audiences through virtual exhibitions, they can all manage to reach them through other touch points, such as a well-designed and user-friendly website. A robust social media presence is another useful tool for outreach, helping to inform, educate, update, and provide space for discussion on Jewish culture and history.

“In between visits, you need to get into people’s lives everyday,” said Starr. “You can’t be recessive. You have to be proactive all the time. If a person keeps hearing from you, then he will start listening.”

Levine suggested that having a social media presence is particularly crucial for smaller institutions. “We have a distinctive presence through these media as a means of extending our mission of bringing the exploration of Jewish culture to everyone, as well as to get our name out there,” Levine reports. “Online, we appear bigger than we actually are.”

Museum professionals also said that social media has been helpful in sourcing artifacts for their museums’ collections and exhibitions. “We reached out online and through social media for images to use in our “Hava Nagila” exhibit and we got some good responses, especially through Flickr,” notes Alice Rubin, senior manager for digital media and special projects at MJH.

MJH has jumped on the digital bandwagon in several ways, including the use of iPod-based audio guides and the development of a successful New York walking tour app for an exhibition on Emma Lazarus.

However, Rubin, whose museum’s core exhibition deals in large part with the Holocaust, warns, “Nothing is the same as being in a physical space in a museum.”

She doesn’t see a virtual exhibition as a likely model for MJH. “It’s not relevant to our core,” she said. “Context is so important in our museum, where most visits are mediated by educators and trained guides. Our focus is the 50,000 school kids who come through our doors every year… The NEA report is interesting, but we need to look at us,” Rubin maintains.

Nevertheless, the question of how to take advantage of the digital space is one that all cultural institutions are grappling with. “A museum is a repository of a tremendous amount of content, and it is staffed by incredible educators and others,” said Perelman. “We need to embrace a sense of visitorship that goes beyond a traditional conception of the term.”

Renee Ghert-Zand is a contributing editor of the Forward.