No One Cared About Sex Education in Soviet Russia 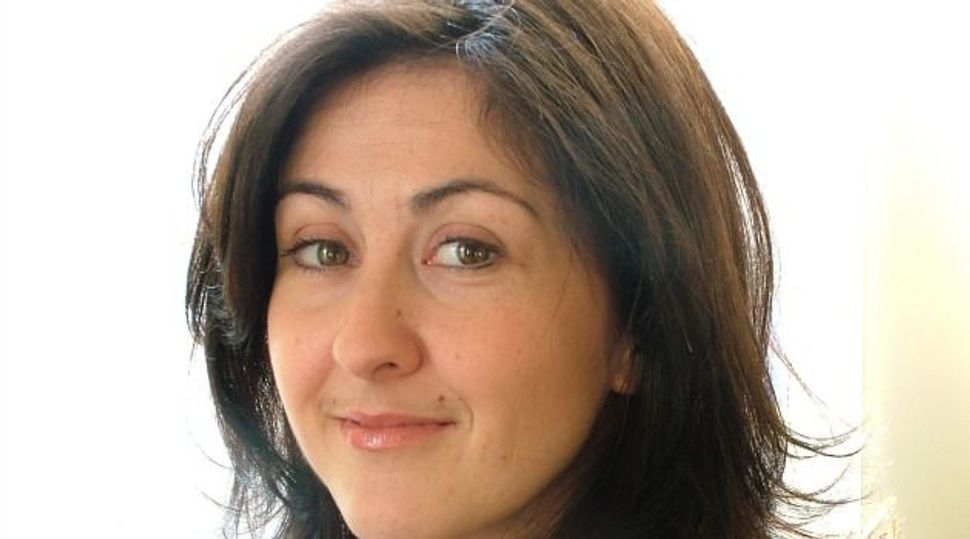 Scent of a Writer: The heroine of Lara Vapnar?s new novel is a 38-year-old Soviet émigré. Image by Masha Rumer

Twist endings must be well-beloved, so often are they deployed today. (Here’s a twist: Let things be what they are.) To be fair, late-in-the-game surprises, especially when things add up, more or less, are mostly a reviewing annoyance, forcing a reckoning between the competing desires to assess exhaustively and to avoid being, quite literally, a spoilsport.

All this to say that “The Scent of Pine,” the latest novel by Lara Vapnyar (author of “There Are Jews in My House”) has a twist. And it adds up, more or less. And maybe it makes me a bit cranky. Because it doesn’t quite add up, hinging as it does on a Russian nickname that, at least to these Russian-speaking ears, does not sound right. And because that twist and good reviewing manners demand that the whole of the book be addressed obliquely.

So here goes. Lena, a 38-year-old Soviet émigré, is depressed. Though she has lived in the States for 13 years, she continues to have trouble adjusting to her new home, feeling perpetually out-of-place. Add career disappointment — Lena is an adjunct at a community college in Boston, teaching film studies with no prospect of advancement — to displacement, and you get an especially unhappy scenario. Which is compounded further still by an a priori disposition towards loneliness and alienation. Back at her university in Moscow, Lena “had failed to make a single friend.” And by then, she was basically used to it, having been thoroughly unpopular in school.) Lena is so disappointed with her life that even her two sons fail to bring her happiness, a fact that makes her doubt her fitness for motherhood.

We learn about this state of things when Lena heads to a conference in Saratoga Springs, where she is to give a paper on “sexual education in Soviet Russia.” (Why an adjunct professor of film studies would or should deliver such a paper, I am not entirely sure.) On the train, she daydreams about a long ago summer, the summer after her first year of college, when she worked as a counselor at a camp run by the Ministry of Defense. Ostensibly the reverie was sparked when, with an hour to spare before departure, Lena had unexpectedly encountered her former co-counselor Inka, now an important human rights activist (a fact that is made much of early on, but is mostly forgotten). But we quickly learn that the recollection’s real source is the fact that Lena recalls her arrival at the camp as a singular moment of the “[c]ertainty of happiness. Inevitability of happiness.” Given that she now feels only the “[i]mpossibility of happiness,” it is perhaps little surprising that she seeks refuge in her memories of camp. (I wonder if the camp is not a metaphor for America, which Lena once envisioned as “a land steeped in adventure.” Sort of spoiler alert: She is disappointed, if in somewhat different ways, in both.)

The conference goes badly at first: Lena’s talk is canceled when no one attends it. (You would think “Sex Education in the Former Soviet Union” would attract a listener or two, but no, you would be wrong.) But then, at the conference reception, which she reluctantly attends, she meets Ben. (He is at the conference to talk about “graphic novels set in oppressive societies.” This is apparently a bigger draw than sex education.) They strike up a conversation; he expresses interest in her paper. Next thing you know, Ben is offering to drive Lena to Boston — he is headed to his cabin in Maine, to deposit the old possessions his girlfriend does not want cluttering their New York apartment — and she is accepting.

At first, the shared ride is awkward, the conversation proceeding with more fits than starts, but then Ben’s confession that he once worked on a graphic novel entitled “Grammatology of a Pussy” (part of an admittedly amusing attempt “to incorporate the word ‘pussy’ into the titles” of famous philosophy treatises) apparently charms Lena so completely that she agrees to postpone their arrival in Boston for a detour to Rockport. Once in Rockport, sex is inevitable. (I mean, have you ever heard a more obvious come-on than “[W]e can go to Rockport, and take a walk along the beach, and maybe have a bite to eat afterwards”?) Although the sex itself appears to be nothing special — Lena post-coitally ruminates on her inadequacy at one-night stands and wonders if Ben had not faked his second orgasm — she decides that she cannot quite bear to part ways and impulsively invites herself to accompany Ben to Maine. (Her husband and children are conveniently away in California.)

During the drive to Maine, we get the real story for which the Lena-Ben affair is pretext, the tale of Lena’s summer at camp. It is, she warns him, a mystery of sorts: That summer, she says, she was a femme fatale, as every man who took her on a date promptly disappeared. Lena — make that Vapnyar — doles out the story in small bursts, documenting, in the process, the precepts of late-Soviet childcare (it was mildly abusive) and of late-Soviet dating (it involved seduction by Hungarian salami, as when one of Lena’s disappearing suitors stole some for her). Eventually — “The Scent of Pine” is a fairly short novel, at 180 pages, but it feels longer — the story is all told. But Lena remains in the dark about what happened to all those men who abruptly left the camp after tangling with her. And then: the twist. Which is all I am permitted to say.

Well, that, and this: Vapnyar is a masterful storyteller, with emphasis on story. In her short stories, of which she has published two collections, she uses the simplicity of her language to set off the complexity of the characters’ emotions, capturing the experience of alienation in a casually alienating world, all the more cruel for having the best intentions. Her novels are, however, a trickier proposition: Somehow, given more room, the lovely subtleness of her work flounders. (“The Scent of Pine” is Vapnyar’s second novel, after “Memoirs of a Muse.”) Perhaps it is that, for Vapnyar’s characters, self-pity translates into a form of self-ignorance, which can be intriguing in a short story but is much less so in a novel. Lena is a contradiction, and not necessarily a very believable one, largely because we are allowed too little access to her inner world, even as we given a tour of her history.

“The Scent of Pine” is narrated in the third person, but, in what I’m guessing are (admittedly few) moments of imperfect editing, there are intimations that the novel was at some point conceived in the first person. I wonder how that might have changed the book, which is, ultimately, about the changes occasioned by storytelling. Personal history and our narration of it, the book contends, are shifting ground; in making this argument, it is a success. But, if at the end of the story we are meant to come face to face with a new sense of self, then this story is missing the necessary twist of the storytelling screw.

No One Cared About Sex Education in Soviet Russia