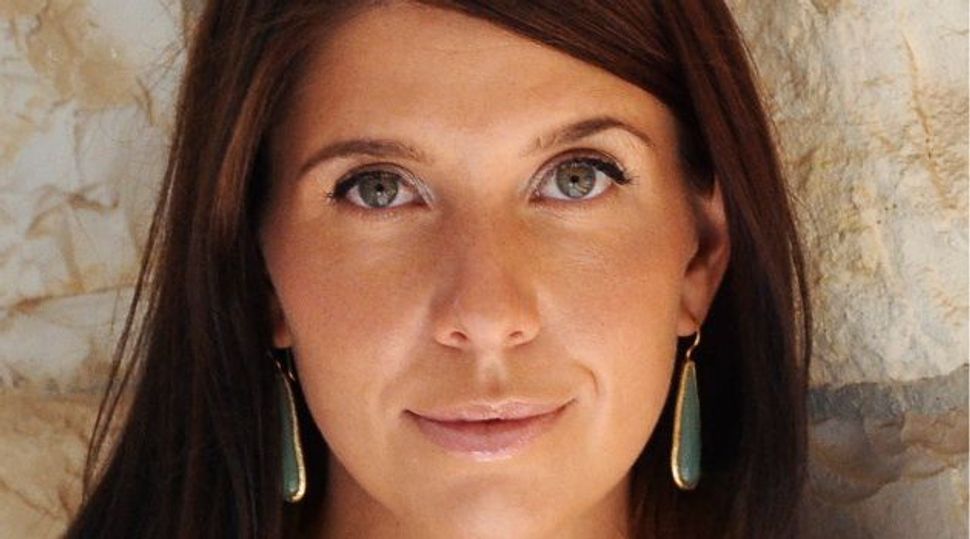 UnAmerican Author: Molly Antopol was named one of the National Book Foundations ?5 Under 35? authors last year. Image by Debbi Cooper

Molly Antopol’s debut collection of stories, “The UnAmericans,” covers the gamut of 20th century immigrant experience. The settings range from Israel to Ukraine, from California to the Upper West Side. They take place last week and in the middle of the last century. Old men and teenage girls take turns as narrators; battle-hardened Israelis share the pages with cosseted East Coast Jews and disgraced Hollywood actors and dissident Czech intellectuals.

But though the stories vary so widely in setting, decade and narrator, there’s a remarkable thematic congruity to the collection. These stories share an interest in different types of displaced persons: perpetual wanderers; immigrants who’ve left the Old World behind in body but not spirit; people who live in but are not of America. In “My Grandmother Tells Me This Story,” a woman says of her husband who was once a fearless leader of the Yiddish Underground during World War II: “Your grandfather, once the biggest loudmouth I knew, became a quiet, almost invisible man in America, stumbling over his English, bashful in public, shy to ask directions on the street after hearing some teenagers singsonging his accent.”

He is one of many characters in “The UnAmericans” who have ended up in this country without ever quite belonging here. Many of the stories confront the disappointments of love: love thwarted by war; unwished-for matches made out of expedience or mere inertia. As one character, about to be paired off with a boy who repulses her, acknowledges with the resigned self-awareness typical of Antopol’s protagonists, “Some choices are made for you and that’s that.”

Story after story explores this uncomfortable link between individual choices and the larger forces of human history — Judaism, McCarthyism, war, all the big ones — that constrict those choices. This tension between free will and the determinism of birth, geopolitical situation, and religion is, of course, un-American to its core. We’re the can-do people, the Horatio Alger acolytes, the gutter-born billionaires. But that, Antopol insists, isn’t how the real world works.

In “The UnAmericans,” dreams often don’t work out as planned: In the story “Minor Heroics,” an Israeli agrees to accompany his girlfriend to a yoga farm in California after completing his army service and instead ends up an amputee in a freak tractor accident. In “A Difficult Phase,” an ambitious writer on track to becoming a great Israeli journalist becomes a copy editor at the free city paper, “factchecking the swordfish kosher debate.” In “The Quietest Man,” a Prague intellectual who arrives in the United States as the beacon of anti-communist bravery finds himself a wandering adjunct without a professional raison d’être when communism collapses. But then isn’t it these constant compromises and disappointments that give life substance?

Only a true American could live so insulated from history. As one Israeli man thinks about his Bostonian girlfriend who constantly regales him with stories of her grandmother’s art smuggling heists, “It didn’t seem possible that Mira had lived twenty-two years and experienced no real sadness of her own—that the stories she shared late at night in bed, supposedly the most painful and private of her life, were about other people.” This same character observes, upon visiting Vermont for the first time, “the blue rivers and green fields and red barns, as if children had used the most basic set of crayons to scribble it into being.” America isn’t quite real to him, to any of them.

And though this book is all about the disappointments of idealism, in love and politics alike, “the UnAmericans” isn’t a depressing book. Antopol, a lecturer at Stanford who was named one of the National Book Foundation’s “5 Under 35” last year, is a wry, occasionally funny writer, with an unerring grasp on human nature. Her sentences are without sensationalism or showiness, and she’s amazingly gifted at slipping into different narrative voices. For all the variety in setting and point of view, she presents a compelling vision of what exactly it means to un-American — to be touched by history, to be owned by some impossible political conviction, or cultural identity, or unrealized passion.

Laura Moser is a frequent contributor to the Forward.