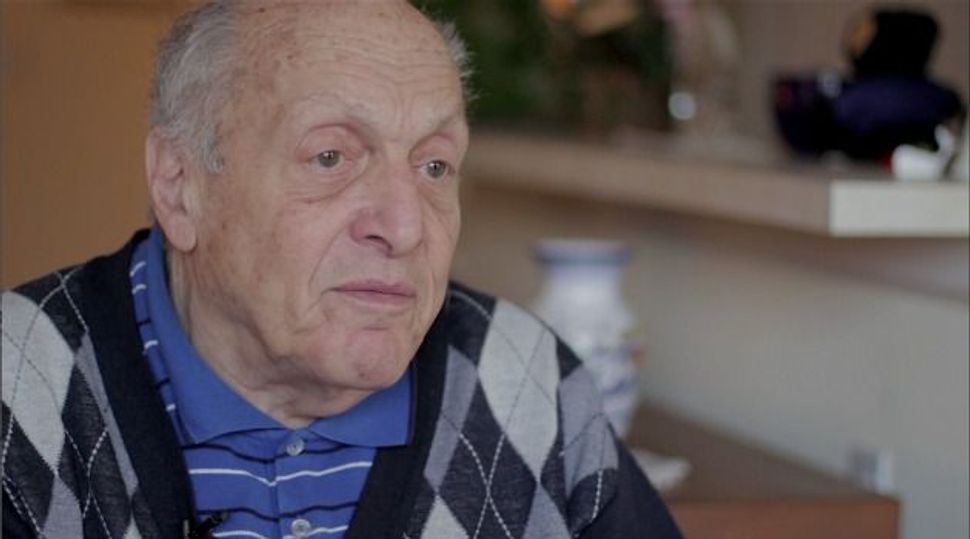 There is hardly a white spot visible on Harry Ettlinger’s calendar.

As we tour the 88-year-old Ettlinger’s immaculate apartment, he ignores the ringing phone; someone from Sony Pictures leaves a voicemail: “I will be emailing you today or tomorrow your confirmation number for your limousine pickup.”

He pulls press clippings and pictures out of folders, and in his ever so slight German accent, he points out the family photographs, certificates and awards — and the drawings and copies of paintings on his walls.

For most of his adult life, Ettlinger worked as a mechanical engineer, but it is his role in assisting with art repatriation that is making him the subject of so much attention right now. A soldier in the United States army during World War II, he spent a year and a half as part of the Monuments, Fine Arts and Archives Program.

The 350 men involved with the program, which endeavored to save cultural treasures from the frontlines and return looted artworks to their rightful owners, were nicknamed the ‘Monuments Men.’ A movie with the same title and a cast that includes George Clooney, Matt Damon, Cate Blanchett and Bill Murray arrives in cinemas on February 7. The director is Clooney.

Translating and summarizing German documents were among Ettlinger’s main tasks in the MFAA. Born Heinz Ludwig Chaim Ettlinger in Karlsruhe in 1926, he escaped Germany together with his parents and two brothers in September 1938. They managed to get visas for the United States, and settled in Newark, N.J.

Hailing from a wealthy, influential family — he can trace his mother’s ancestors, the Oppenheimer family, back to the 15th century — Ettlinger worked odd jobs after school, such as running errands for a butcher and delivering newspapers; the family had lost its women’s fashion business in Germany.

Ettlinger was drafted into the U.S. Army in August 1944 after graduating from high school. Stationed in France, he was removed from his infantry division in January 1945 and reclassified to be a translator for the impending Nuremberg trials. When he learned of the MFAA’s work, he decided to offer his services as a translator, because he didn’t have much work to do for the trials.

“What we had done was something that every American should be proud of,” said Ettlinger, who is the only remaining Monuments Man who is still well enough to appear in public. “Instead of taking things, we gave them back.” 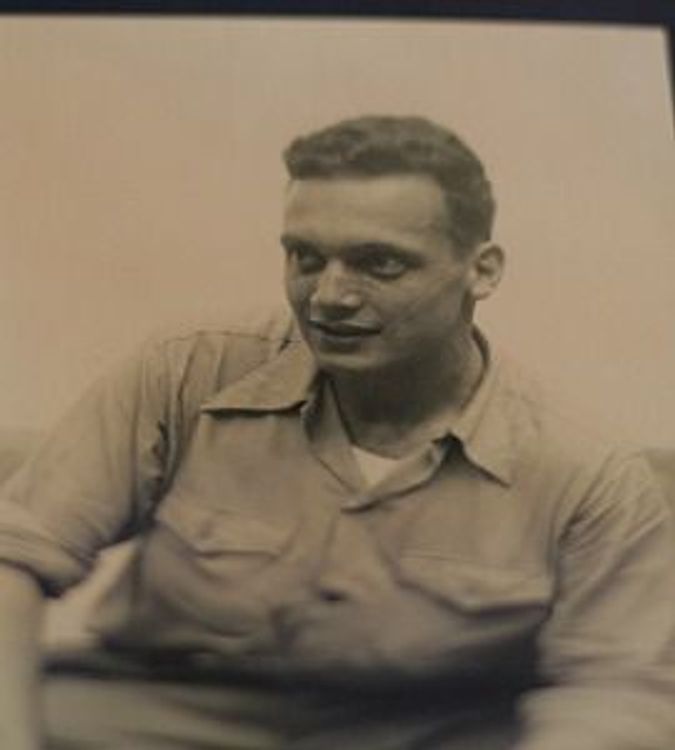 Three hundred and forty-five men from 13 nations returned 5 million cultural items that had been looted or displaced in Nazi-occupied countries. Established by former President Franklin D. Roosevelt in 1943, the MFAA executed the most large-scale effort to preserve cultural goods in a war zone — but it was not completely unprecedented: The first modern laws to protect cultural properties were introduced by the Union during the Civil War, in 1863.

In addition to translating paperwork, Ettlinger accompanied his superiors — one of whom was James Rorimer, played in the movie by Matt Damon — to several of the hideouts where the Nazis had stored stolen artwork. This included the Neuschwanstein Castle near Munich, where the art treasures of the Rothschild family had been kept by the Nazis, and the salt mine in Heilbronn, from which the Monuments Men retrieved the stained glass windows of the Strasbourg Cathedral. Ettlinger has a carefully kept black-and-white newspaper clipping that displays his commander, Lieutenant Dale Ford, and himself holding a self-portrait by the Dutch artist Rembrandt. Originally from the Kunsthaus Karlsruhe, they retrieved it from the Heilbronn mine. A print of the picture hangs in Ettlinger’s living room.

The MFAA, which ceased service in 1951, had been mostly of interest to a small number of researchers — until Robert Edsel, a retired Texas oil businessman, came across the story while living in Florence. He started researching art that had been lost during World War II, and invested his own money into his Monuments Men Foundation, which he founded in 2007. In the same year, the Foundation received a National Humanities Medal. Two years later in 2009, Edsel published the book “The Monuments Men,” on which the movie is partially based.

Wesley Fisher, the director of research at the Claims Conference, which represents world Jewry in negotiating for restitution, says he hopes the movie will bring more attention to the issue of lost, looted artwork. “[The Monuments Men] might have been heroes, but they made mistakes,” he added.

This included returning artworks to Nazi art dealers, such as Hildebrand Gurlitt, who claimed that some paintings belonged to him that were, in fact, stolen by the Nazis, and Ante Topic Mimara from former Yugoslavia, who successfully maintained that he owned artworks that had been looted from Jews.

“They were working under the specific political conditions of their time,” said Fisher. This meant that the Monuments Men could not repatriate all the artworks that were looted, but only what fell under American occupied territory. Because the Monuments Men were understaffed and short on time, artworks were returned to the governments of the former Nazi-occupied countries from which they were taken, rather than to individual owners.

To the present day, those countries, which include Austria and France, have not succeeded in returning all of the artworks to their original owners and heirs.

Ettlinger nevertheless managed to retrieve his grandfather Otto Oppenheimer’s collection of prints from a warehouse in Baden-Baden, where he had last lived before leaving the country.

Ettlinger was honorably discharged from the army in July 1946 and returned to New Jersey. In 2002, he wrote an autobiography titled “Ein Amerikaner.”

He concludes it by writing that at some point in his life “came the awakening that G–d had spared my life two times in my teens. These were my escape from Germany and probable death at the hands of evil people and my reassignment in the U.S. army, which kept me from combat” — and it also made him a Monuments Man.

Anna Goldenberg is the Forward’s arts and culture intern. She has written for Die Zeit, among other publications.