Great Debate Between ‘Among’ and ‘Between’ 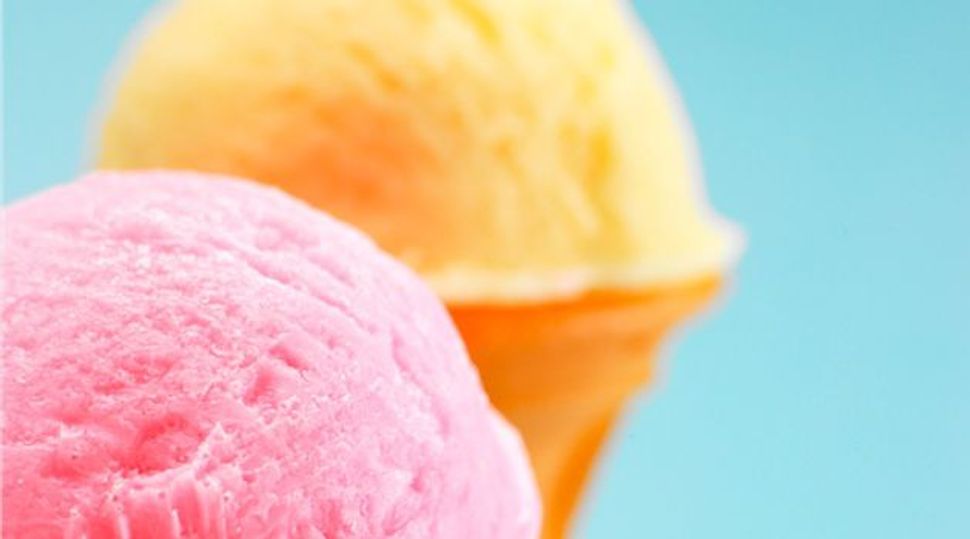 Tough Choice: Sometimes it?s hard to choose between or among two flavors. Image by Thinkstock

Rabbi Jonathan H. Gerard of Easton, Pa., gently corrects me for writing in my column of February 14, after listing various English newspaper translations of a Hebrew phrase used by Israeli Minister of Commerce Naftali Bennett, “Not that there’s an enormous difference between any of these.” Rabbi Gerard comments, “Of course, you meant ‘among.’”

Did I? I must confess that, despite supposedly being a language columnist, I’ve never, until now, managed to straighten out for myself the whole “between vs. among” issue. Yes, I know the conventional wisdom: “Between” should be used when there is a choice or distinction involving two things or people (“I can’t decide between the vanilla fudge and the strawberry sorbet”), and “among” when involving three or more (“There is a philosophical disagreement on this point among Heidegger, Husserl and Habermas”). Nothing, so generations of grade school English teachers have been telling us, could be simpler.

Except that it isn’t simple at all. To begin with, many or most of us (me too, it would seem) don’t consistently observe this rule — and grammatical rules that are commonly disregarded by native speakers of a language have a dubious claim on being valid ones. The problem isn’t with “among”: No native English speaker would say, “I can’t decide among the vanilla fudge and the strawberry sorbet.” But many of us (including, I daresay, not a few philosophy professors) might say, “There is a philosophical disagreement on this point between Heidegger, Husserl and Habermas.”

Moreover, we have been saying such things for a long time. The Oxford English Dictionary, in assigning to “between” the articulation of “any objective relation uniting two (or more) parties” (the emphasis is mine), gives as one of many historical examples the published 1853 sentence, “The Arctic Ocean is enclosed between the northern shores of Asia, Europe, and America.” Indeed, even a grade school English teacher would probably admit that “The Arctic Ocean is enclosed among the northern shores of Asia, Europe, and America” would sound rather odd. This is why H.L. Mencken, in his century-old but still magisterial “The American Language,” judged such a use of “between” as “so firmly established that the schoolmarm’s attempts to put [it] down are plainly hopeless,” and why the third edition of The American Heritage Dictionary (1992) speaks of the “widely repeated but unjustified tradition [that] between is used for two and among for more than two.”

The American Heritage goes a step further by seeking to reformulate the rule for “between” and “among.” “Between,” it says, “is used when [three or more entities] are considered as distinct individuals; among, when they are considered as a mass or collectivity…. Thus, in the sentence The bomb landed between the houses, the houses are seen as points that define the boundaries of the area of impact (so that we presume that none of the individual houses was hit). In The bomb landed among the houses, the area of impact is considered to be the general location of the houses, taken together (in which case it is left open whether any houses were hit).”

This strikes me as a sensible description, and one that corresponds with our natural instincts. We say the Arctic ocean is between the northern shores of Europe, Asia and America because each of these shores is distinct: Europe is here on the map, Asia is there and America there, and the Arctic has its separate relationship with each, meeting Europe in one place, Asia in another and America in yet another. We say, “Among the world’s oceans, the Arctic is the coldest” because in such a sentence, the world’s other oceans are indistinct; it makes no difference whether the Atlantic, say, is colder than the Pacific or the Pacific is colder than the Atlantic, because they are being lumped together as one.

And now to return to my February 14 column. The Hebrew phrase in question was ibbud eshtonot erki, and the various English translations I listed as having been given for it were “loss of moral compass,” “ethical befuddlement,” “moral confusion,” “irrationality of values,” “irrational values” and “panicked loss of values.” Was I justified in writing that there isn’t “an enormous difference between any of these” rather than “among any of these”? It seems to me that I was. These translations were not being lumped together; each was being considered in its own right, and compared not only with Bennett’s Hebrew, but also to each of the others, so that there was an entire set of distinct relationships of the “between” rather than the “among” variety — the relationship between ibbud eshtonot erki and “loss of moral compass[,]” the relationship between each of these two phrases and “ethical befuddlement” and so on. “Between” definitely was called for.

And so I plead not guilty. But I’m also grateful to Rabbi Gerard for having pressed charges against me, forcing me to think the matter through for the first time. It’s finally, I feel, been straightened out.

Great Debate Between ‘Among’ and ‘Between’