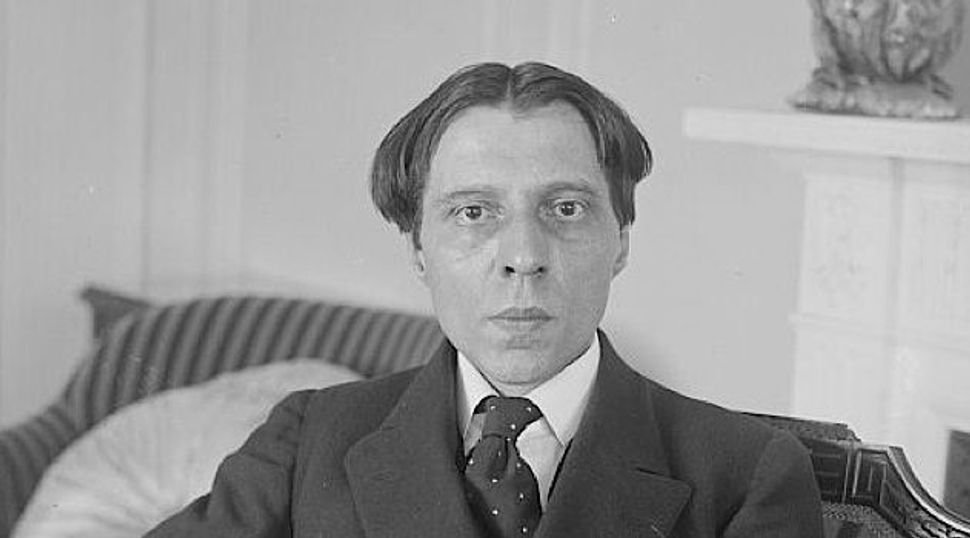 Portrait of an Artist as a Collaborator: Pianist Alfred Cortot served as the Vichy regime?s high commissioner of the arts. Image by Wikimedia Commons

The 1940, Nazi invasion of France turned that country’s musical scene into a mix of the good, the bad, and the ugly. “Music in Paris During the Occupation,”) a book recently released in France, allows readers to draw conclusions about how music world celebrities behaved in difficult times. Edited by Myriam Chimènes and Yannick Simon, the book reveals that some villains, such as the French-Swiss pianist Alfred Cortot, were even worse than suspected. Others usually lauded are now compromised, such as the composer Olivier Messiaen, who wrote the famous “Quartet for the End of Time.” And a few who were accused in the past based on insufficient evidence, such as the conductor Charles Munch, prove to have been largely blameless.

First the good news. “Music in Paris During the Occupation” exonerates the beloved Munch, a longtime mainstay at the Boston Symphony Orchestra. In 2002, “The Boston/Vichy Connection,” an article by Jeffrey Mehlman in Salmagundi, raised questions about Munch’s wartime record, pointing out that he had conducted in wartime Paris. Local media reacted, finding such accusations against Munch shocking.

In “Music in Paris During the Occupation,” the musicologist D. Kern Holoman cites documentary evidence surrounding the 1942 concert in question. Fritz Piersig, head of the music section at the Nazi Propaganda-Staffel, had ordered Munch to conduct a concert featuring the German pianist Wilhelm Kempff. Munch “unambiguously refused.” However, when Munch returned after conducting in Brussels, he found posters around Paris announcing this concert with Kempff. When Munch again demurred, he was told if he did not conduct it, the younger players in his orchestra would be deported as slave laborers.

Munch belonged to the National Front of Musicians, a resistance organization. He refused to lead broadcasts for Radio-Paris, the station notorious for Nazi propaganda that inspired a BBC parody by the Free French humorist Pierre Dac, who sang “Radio-Paris lies, Radio-Paris lies, Radio-Paris is German” to the tune of “La Cucaracha.” Munch rejected invitations to commemorate the 150th anniversary of Mozart’s death in Vienna and to lead the Berlin Philharmonic. Holoman shows that while accusations after the fact are easy, solid documentation clarifies conduct, even decades later.

This is also true of the composer Olivier Messiaen. In 1939, Messiaen was mobilized as a stretcher-bearer, until he was imprisoned at Görlitz in Silesia along with other defeated French servicemen. There, he won the sympathy of a German sergeant, who gave Messiaen extra bread rations and time as well as materials to compose undisturbed during afternoons. Messiaen wrote the “Quartet for the End of Time,” which other prisoners were forced to stand and listen to during its world premiere performance.

Messiaen was always grateful to the Nazis for being lenient with him; in a 1987 interview with Claude Samuel he stated: “As Germans always admire music, wherever it may be found, not only did they leave me my scores, but an officer gave me pencils, erasers, and music paper.” In the 1960s, Messiaen objected when an American recording was published with a cover design of a swastika torn into pieces, implying the “Quartet” was an anti-Nazi work: “This hideous and stupid drawing is the complete opposite of what I intended to do!”

By contrast, Messiaen expressed lofty anti-Semitism to Samuel: “What I am going to say is horrible, but the Jews as a people committed a deicide.”

A chapter of “Music in Paris during the Occupation” describes how, when Messiaen was released from the Görlitz camp, he was offered a job at the Paris Conservatory replacing André Bloch, a professor of harmony who was dismissed by French authorities in obedience to anti-Semitic laws. While other non-Jewish musicians, such as Nadia Boulanger, refused to profit from the sufferings of Jewish colleagues, Messiaen did not hesitate to do so. In all future accounts, Messiaen would falsely claim that he had been released from the prison camp only in 1942, as if hesitating in retrospect to admit his avid careerism at a time of tragedy.

Over 20 years ago, I spoke to the French Jewish composer Odette Gartenlaub, a onetime student of Messiaen who was thrown out of the Conservatory and forced into hiding by French officials in obedience to anti-Semitic laws. She explained that Messiaen never dared communicate with her during the war: “Messiaen had my address; he just didn’t want to compromise himself. After the war when I returned, all the Conservatory people were very friendly and pleasant again, but these were the same people who ignored me after I’d been thrown out. I might have wound up in a crematory oven.”

Sometimes solid documentary research can add extra certainty to preexisting impressions, such as the Nazi collaboration of the French pianist Alfred Cortot, who served as the Vichy regime’s high commissioner of fine arts and on the National Council, a consultative body of appointees who vigorously enforced anti-Semitic legislation. I remember a chilling dinner that I attended in the early 1990s at the apartment of Cortot’s son, the artist Jean Cortot, on the rue du Bac, decorated by museum-quality oil portraits of and framed manuscripts by composers such as Schumann and Schubert. One had to wonder if any of these works had been confiscated from homes of French Jewish deportees and presented by Nazi officials to Cortot, their favorite pianist.

Acclaim continues for Cortot’s playing: In 2012, a 40-CD set, “Alfred Cortot: The Anniversary Edition” was released by Warner Classics, following the 2005 issuing by Sony Classical of a 3-CD set, “Alfred Cortot: The Master Classes”. The latter was produced and edited by a perhaps surprising fan of Cortot’s legacy, Murray Perahia, the American pianist of Sephardic Jewish origin.

In “Music in Paris during the Occupation,” essayist François Anselmini states that Cortot proudly claimed to have collaborated not merely since France’s defeat, but “for the past forty years.” When Cortot conducted a performance of “Tristan und Isolde” at Vichy in 1941, it was the first time he had led a Wagner opera since 1903, when he conducted the French premiere of “Parsifal.” Cortot was the first French musician to travel to the Reich after his country’s defeat, and in 1942 published a text attacking the libretto of Claude Debussy’s unfinished 19th century opera “Rodrigue et Chimène,” possibly because it was written by a French Jewish poet, Catulle Mendès, as Anselmini underlines: “It should be observed that [Cortot] proclaimed that the writing of a Jewish author was incompatible with the genius” of Debussy. Published information continues to increase about Cortot’s personal iniquity to Jewish colleagues, the mercilessness with which he dismissed even longtime colleagues such as Lazare Lévy.

The French government may one day reconsider its posthumous honoring of this musician, after whom conservatories and streets have been named in the cities of Paris, Montpellier, Béziers and elsewhere.