Remembering Art Raymond, Who Provided Yiddishkeit in a Black Sombrero 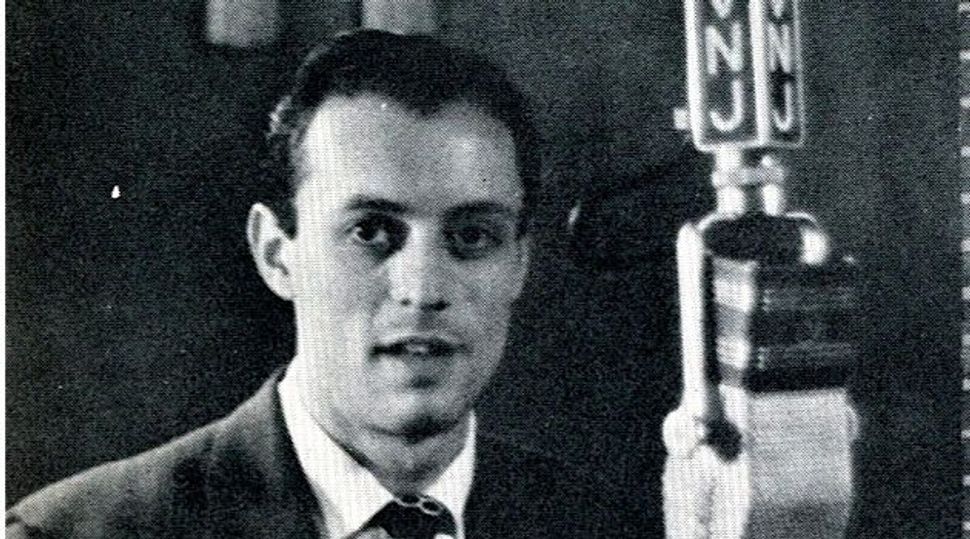 Without the Sombrero: Art Raymond hosted ?Sunday Simcha? and ?Raisins and Almonds? on WEVD. Image by Idelsohn Society

Art Raymond, who died on February 21 at age 91 in Boynton Beach, Florida, exemplifies the fluidly shifting indentities of past generations of American Jewish performers. An esteemed radio host and nightclub emcee, Raymond (born Rosen in 1922 in Brownsville, Brooklyn) made his name as a specialist in both Jewish and Latin music. When he worked as a Latin radio DJ and cofounder of the Latin indie label Tico Records with George Goldner (himself of Polish-Austrian Jewish ancestry) he was known as “Pancho” Raymond to the groups he signed, including Tito Puente, Machito, and Tito Rodriguez. He also signed the Catskills mambo bandleader Alfredito Levy (born Alan Levy in Forest Hills, another case of morphed identity).

On 1950s TV Latin-themed programs Raymond would don a black sombrero, which had no funereal connotations to ebullient audiences who promptly dubbed him the Man in the Black Sombrero. Yet East Coasters had no trouble identifying Raymond as a landsman when he hosted the beloved shows “Sunday Simcha” and “Raisins and Almonds” on New York’s WEVD and “Bagels and Lox” (starting in the early ’60s) on Philadelphia’s WHAT, savory mixes of cantorial, Israeli, and Yiddish music. The title “Bagels and Lox” was especially noteworthy given that, as Raymond confided in 2010 to an interviewer from the Idelsohn Society, he disliked the taste of lox.

As side efforts which Raymond considered minor indeed, he chose the songs for a few LPs still to be transferred to CD, including “Art Raymond Requests Your Presence At a Jewish Wedding” and “Art Raymond Presents” (Tikva Records) the latter with performances by such stars as Moishe Oysher, The Sabras, and Sol Zim. When presenting Yiddishkeit, Raymond was as slim, smooth, and debonair as with Latin material, as to be expected from a generation of American Jews who, as was said of Lionel Trilling and Meyer Schapiro when they were hired as the first Jewish professors at Columbia University, everyone knew they were Jewish, but no one could tell.

Indeed, although Raymond grew up in Bedford Stuyvesant where his impecunious family, unable to pay rent, moved to live with grandparents during the Great Depression, he was surprised when a grade school teacher marveled at his “English accent.” His father, an unsuccessful jeweler, died when Raymond was aged ten, and the boy found solace listening to Jewish radio Saturday nights and Sunday after he returned home from Hebrew school. His favorite program was the the Jewish Caravan of Stars with the Barry Sisters (born Bagelman) and rotating announcers – Joey Adams (1911 -1999, born Joseph Abramowitz) was a frequent host – Raymond began to conjure up the dream of becoming a radio announcer. Loving music, but failing in dilatory attempts to study guitar and clarinet, he idolized Nelson Case, a velvet-voiced emcee from the Golden Days of radio who later worked on “What’s It Worth” (1948), TV’s first art appraising show starring the paintings expert Sigmund Rothschild.

Deciding to emulate his hero Case’s career trajectory, Art Rosen borrowed the last name of a then-popular filmstar Gene Raymond. The radio station WEVD was founded in August 1927 by the Socialist Party of America, using the initials of leftist leader Eugene V. Debs, and later operated by the Forward in 1932 until the late 1980s. Raymond’s longstanding participation inspired a song tribute, “The Forverts,” by composer/lyricist Kenny Karen:

“Radio that speaks your language, WEVD/
Yiddish news and commentary tune in to history/
…Listen to Art Raymond as his patter is improvised/
Music’s recollections while his sponsors are patronized/
Voice is magnetic, compelling/
Youthful genetics he’s selling/
Health care insurance that’s subsidized – for seniors.”

Always glib with improvising commercials for such local enterprises as Saratoga Geyser Water and Chick Banschick’s House of Jack’s men’s clothing store in Brooklyn while spinning records, Raymond was never overly intellectual about what he liked; to explain links between Jewish and Latino music he merely asserted that both are often written in minor keys. He candidly confessed that he chose Latin music in the 1950s because he “couldn’t do what other DJs were doing. All my disc jockey friends were playing rhythm and blues; that was the hot thing at the time. But I just couldn’t see that music for dust. I didn’t like it.”

In Yiddishkeit, questions of taste could also present themselves, as when he controversially preferred the cantorial art of tenor Jan Peerce to his fellow tenor and brother-in-law Richard Tucker, considering Tucker’s voice “too shrill” whereas Peerce’s voice was “sweeter, more mellow” as Raymond told the Idelsohn Society interviewers. Raymond mainly succeeded by giving listeners what they wanted, such as the somber “My Zaidy” by the Megama (Hebrew for “direction”) Duo, a Jewish country band headed by the Canadian singer Moshe Yess and Shalom Levine.

After such strong, heart-tugging material alternating with lighter melodies, Raymond always signed off to his listeners by saying “I wish you health and wealth and time to enjoy them.” Happily, Raymond was granted the time to enjoy his pension from his union, the American Federation of Television and Radio Artists (AFTRA), which made his Florida retirement possible.

Remembering Art Raymond, Who Provided Yiddishkeit in a Black Sombrero