How Darren Aronofsky and ‘Noah’ Got The Ark Wrong 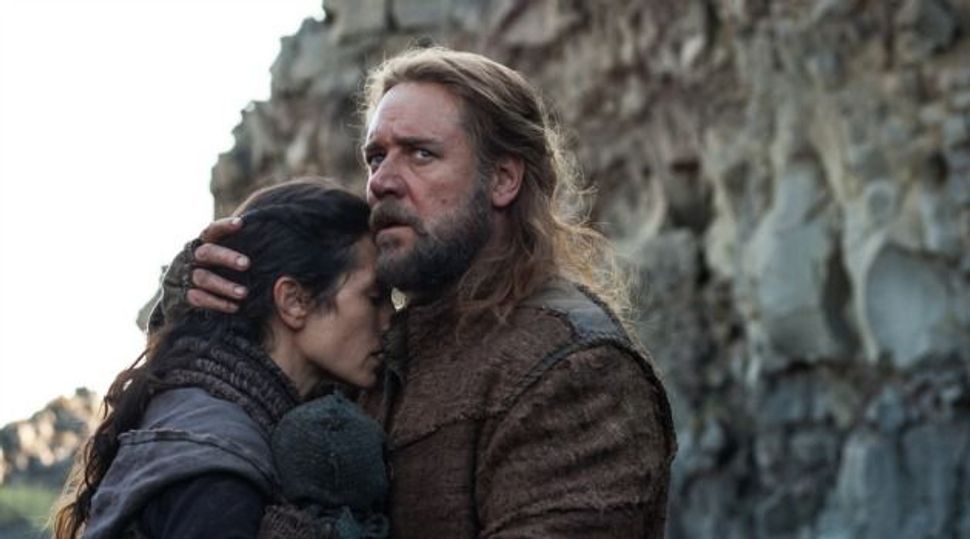 ● The Ark Before Noah: Decoding the Story of the Flood
By Irving Finkel
Doubleday, 432 pages, $30

Darren Aronofsky’s $130 million Hollywood epic “Noah” starring Russell Crowe has displeased Christian fundamentalists with its non-literal approach to the Old Testament story. Jewish moviegoers might also find it irksome that Aronofsky and his team of designers probably got the shape of the ark wrong. Irving Finkel’s “The Ark Before Noah: Decoding the Story of the Flood” was published too late for the filmmakers to revise their design.

Finkel, assistant keeper of ancient Mesopotamian script, languages and cultures in the department of Middle East at the British Museum, makes a convincing argument that the ark was likely circular, rather than the shape traditionally represented in centuries of religious art. A 3,700-year-old clay tablet made available for study only in 2009, and now known as the Ark Tablet, details instructions for building an ark from reeds and bitumen (a waterproof tar or petroleum found in natural deposits), as part of a Mesopotamian flood narrative.

Other elements of this Mesopotamian tale were reproduced a millennium later in the Genesis story of Noah, which is usually dated to between 597 and 538 B.C.E., during the Babylonian exile, when Jews from the ancient Kingdom of Judah were captive in Babylonia. These include descriptions of animals entering the ark two by two, using a dove as a sign that waters had subsided, and other familiar themes that closely relate the two narratives. In the earlier version, the ark is unlike the traditional pointed ships shown in Western art or indeed the rectangular, flat-bottomed vessel in Aronofsky’s movie.

The Ark Tablet describes the god Enki declaring: “Pay heed to my advice, that you may live forever! Destroy your house, build a boat; despise possessions/ And save life! Draw out the boat that you will build with a circular design.” Instructions are given to build the ark so that it is 220 feet wide and 20 feet high, in the shape of a coracle, a round boat familiar in Iraq, where the Ark Tablet originates. Since the main goal of the ark was keeping afloat and not going anywhere, much of the usual ship-like design would have been superfluous.

Finkel arrived at this remarkable conclusion despite the fact that as a Jew, he was not allowed to visit Iraq for research when he began studying Sumerian languages in the late 1960s. As he told the interviewer Elliot Jager in 2010: “I’m afraid that ‘Finkel’ is too Jewish a name. Under Saddam Hussein and even before, visitors had to prove they were not Jewish in order to visit.”

Born in 1951, Finkel sports a snowy white beard and mane of hair that recalls one of the wizardly instructors of Harry Potter. Although Finkel has produced standard scholarly volumes such as “The Cyrus Cylinder: The King of Persia’s Proclamation from Ancient Babylon” and “The Hero King Gilgamesh”, his work and approach also have a ludic, conjuring aspect. He earned a doctorate in Assyriology in the UK from the University of Birmingham with a dissertation on Babylonian exorcistic spells against demons. Finkel studied for three years as a research fellow at the Oriental Institute of the University of Chicago, and also played electric bass guitar in a blues band. In Chicago, Finkel studied with such innovative, reputedly omniscient Jewish Assyriologists as Benno Landsberger and A. Leo Oppenheim, the latter editor-in-charge of the Chicago Assyrian Dictionary of the Oriental Institute.

What could have attracted a nice Jewish boy from London to the abstruse field of cuneiform script? Boyhood Hebrew lessons gave Finkel a fascination for ancient writing, but some more fundamental predilections were at work, too. Finkel clearly kvells over the advice found in Babylonian wisdom literature, some of which he cites in “The Ark Before Noah.”

He also finds wry humor in the fact that unlike the Old Testament, where the flood is God’s moral punishment against sinning humanity, in Babylonian tradition the waters are sent to destroy life because mankind has become cacophonous, or as one ancient god put it: “The noise of mankind has become too intense for me,/ With their uproar I am deprived of sleep.”

“To our minds, noise abatement as justification for the total annihilation of life looks a bit over the top,” Finkel writes. Such light-hearted, whimsical observations should not surprise us. After all, Finkel is a world authority on the history of play, as author of “Ancient Board Games in Perspective”; he has also written young adult novels in the romantic fantasy vein. These include “The Princess Who Wouldn’t Come Home,” featuring a heroine who runs off to London to live with a starving artist in an attic. Finkel’s “Swizzle de Brax and the Blungaphone” is about an old man and his grandson who design new musical instruments, and “The Last Resort Library” posits the existence of a physical place to house the vast numbers of authors’ rejected manuscripts.

Yet Finkel’s ultimate conclusions about the ark are not whimsical or ironic in the least. He suggests that the Bible was compiled during the Babylonian exile as a way for Jews to preserve traditions. Putting a “unique Judaean twist” on already extant Babylonian tales such as that of the flood, Jews in captivity were energetic and resourceful, not merely sitting by the waters of Babylon and weeping as Psalm 137 depicted. Jews created the Bible, as Finkel points out, stressing the bright side: “It can be argued that the Babylonian exile, far from being the disaster it is usually judged, was ultimately the process that forged what became modern Judaism.” As Finkel told Jager: “The Judeans behaved in the way we would have expected them to behave, based on what we know about how Jews in New York or London behaved upon their arrival millennia later.”

How Darren Aronofsky and ‘Noah’ Got The Ark Wrong