How an Anti-Semitic Composer Created ‘Kol Nidre’ and ‘Moses’ 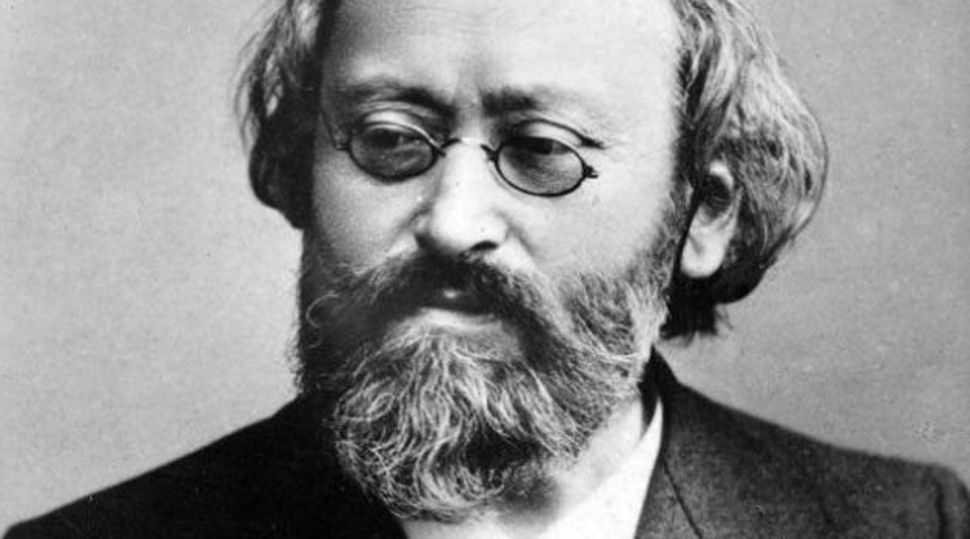 Any performance, much less an American one, of Max Bruch’s oratorio “Moses” from 1895 is a rarity. Yet this is a fabulous and important piece of music. First, however, one fact that no Jew interested in classical music ever seems to want to believe must be mentioned: Bruch was not Jewish.

He may have written the iconic music for “Kol Nidrei” and it may be his most famous work, but his Protestant credentials would have more than satisfied the Nazis. More surprising, Bruch also was not particularly philo-Semitic, unlike his friend Johannes Brahms. He was typical in his everyday anti-Semitism, and even a bit nastier than some.

So the question arises: What was he doing writing “Kol Nidrei” and a massive oratorio on a subject central to Jewish religion and history? Bruch’s oratorio, the story of Moses, begins at Mt. Sinai and ends with Moses’ death. It is about the birth of the Jewish nation and the search for its home.

By the time Bruch got around to writing this oratorio in the 1890s, the whole notion of a work for chorus and orchestra based on a biblical theme was considered old fashioned. There had been all too many failed attempts at setting the Moses story to music. A contemporary of Felix Mendelssohn, A.B. Marx — a music theorist and himself a Jew— wrote a massive oratorio on the subject that was a colossal failure and the source of a personal breach between Marx and Mendelssohn. The only lasting biblical oratorio written in the 19th century in German-speaking Europe was Mendelssohn’s own “Elijah.”

The easiest way to think about a non-Jew setting “Moses” to music is to remember that George Gershwin, the composer of “Porgy and Bess,” was, after all, not black. The expectation that Bruch must have been Jewish in order to write this oratorio or “Kol Nidrei” derives from a distorted perception of the place of Jews in late 19th- and early 20th-century Germany. Bruch’s choice of Jewish subjects and even Jewish materials was a reflection of the extent to which Jewish assimilation into Germany was successful, our retrospective post-Holocaust history notwithstanding.

Jews were a crucial part of German culture. They were eager participants in amateur musical societies, and they represented a disproportionate share of the audience for concerts. The accommodation that assimilation represents is no different from the accommodation and symbiosis that blacks in America have lived with for more than a century. It demands that the object of prejudice feel at home despite daily encounters with racism.

The persistence of racism and prejudice have not gotten in the way of African-American writers, painters and musicians succeeding and their “white” counterparts freely availing themselves of the materials of African-American culture. So it was in the Germany of the 1890s with Jews. 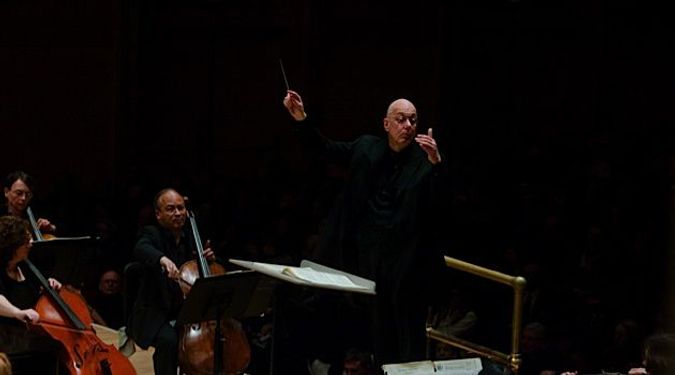 Music, Maestro! Leon Botstein is the president of Bard College and the music director of the American Symphony Orchestra. Image by Jito Lee

Bruch was known as a major defender of a musical aesthetic and tradition that was explicitly critical of Richard Wagner and the rage for all things Wagnerian that had come to dominate the musical culture of the 1890s. Bruch allied himself with Johannes Brahms and Brahms’s close friend, the Jewish-born violinist Joseph Joachim, who was a colleague of Bruch in Berlin.

These composers and musicians believed in the continuing validity of traditional genres such as the symphony, sonata, quartet and oratorio, and classical norms with regards to musical composition. They rejected what they saw as the subordination of music to verbal narration in the Wagnerian music-drama. They held fast to the traditions of Viennese musical classicism and the early romanticism of Mendelssohn and Robert Schumann.

These staunch anti-Wagnerian beliefs in matters of music coincided with skepticism about the politics associated with Wagner and his followers. Bruch and Brahms were far more liberal, and admired the English political system. To Bruch, the promise of German unification had been thwarted. Under Otto von Bismarck, it had not led to a constitutional monarchy in the English style. Among the “national liberals” in the decades after 1871, the national part overwhelmed the liberal part, and the national became tied to the autocratic and defined in terms of racial superiority and cultural chauvinism.

For so-called musical conservatives like Bruch and Brahms, patriotism and even the deep conviction that German musical tradition was the greatest of all did not lead them to abandon a fundamentally tolerant and cosmopolitan attitude that was resistant to the race-based nationalism propagated by Wagner.

One can speculate that “Moses” is about charismatic leadership per se and therefore provides a veiled metaphor for the career of Bismarck. Bismarck, whose iron grip and will helped forge Imperial Germany, had been dismissed in 1890. By the mid-’90s, Bismarck had become a focal point of criticism against what were blind and stupid policies of Emperor Wilhelm II, who fired him. What made Moses a wonderful subject in the ’90s was that German citizens had come to depend on larger than life leadership and believe less in the processes of politics. Their faith in the charisma of one man to guide the state would lead to disastrous consequences.

The music of Bruch’s “Moses” is therefore organized in an explicitly anti-Wagnerian and traditional manner. There is not one continuous musical fabric but a sequence of set numbers. In Bruch’s neo-Handelian emulation of “Israel in Egypt,” to which “Moses” might be regarded as a latter-day sequel, there is nevertheless an imposing sense of drama that was unwittingly influenced by Wagner. For the audiences of the 1890s, listening to “Moses” made them think of Wotan, and hearing Aaron, they could not but compare that tenor role to Siegmund or Siegfried.

By the 1890s, Bruch had already written many fine oratorios. “Moses” was one of his last. His first, a setting of Homer’s “Odyssey,” was a great success. It used Greek myth to celebrate the unification of Germany in 1871. Odysseus’s homecoming to Penelope became a metaphor for German unification. A quarter century later, Bruch used a biblical framework to express the mixture of sadness and triumph that accompanied the 25 years of success for the empire. In “Moses,” the years in the desert, the residues of slavery, the uncertainty about the future, and the protagonists, including the ever-present chorus representing the people of Israel, reveal the full range of human emotion from despair to triumph. Bruch’s “Moses” may be an oratorio, but it has more than its share of opera in it. It follows a model clearly articulated by Mendelssohn in “Elijah.” Both composers believed that music, when combined with a great text and story, did not require the apparatus of the theater. It did not require a change in musical procedure so that it could narrate and be self-consciously dramatic in the style of Wagner. Yet Bruch’s “Moses” is a true drama, and a poignant and moving one at that. It marshals all the craftsmanship of musical art accumulated by the 19th century in a manner that pays just homage to precedent.

Will Bruch’s “Moses” ever rival “Messiah” in popularity? No. But it deserves a regular place in the all too narrow repertoire of professional and amateur choruses. Choral societies would do well to look into Bruch’s oratorios, not only “Moses,” for a welcome respite from the routine defined by the endless repetition of a few standard works.

And Jews, no matter their various religious persuasions, should come to “Moses” with the same bemused tolerance with which our fellow African-American citizens purchase tickets to “Porgy and Bess.” For all the revisionist criticism Gershwin’s opera has suffered for its lack of authenticity, it is a great piece of music, and a tribute to the human imagination. The idea that you have to share the identity with the subject of your art is a primitive one, particularly in music. The music of Aaron Copland, a gay Brooklyn-born Jew, has become the voice of a muscular patriotism and the landscape of Appalachia and the American West. In Bruch’s score, more than a little of what makes the biblical figure of Moses so mesmerizing, particularly to Jews, comes to life through music. So we might as well forgive him for being a prejudiced non-Jew; he nonetheless clothed the essential narrative of the Jewish nation in music of eloquence, drama and beauty.

Leon Botstein is the president of Bard College and the music director and principal conductor of the American Symphony Orchestra for whom he is conducting Max Bruch’s ‘Moses’ at Carnegie Hall on March 27 at 8:00 PM.

How an Anti-Semitic Composer Created ‘Kol Nidre’ and ‘Moses’