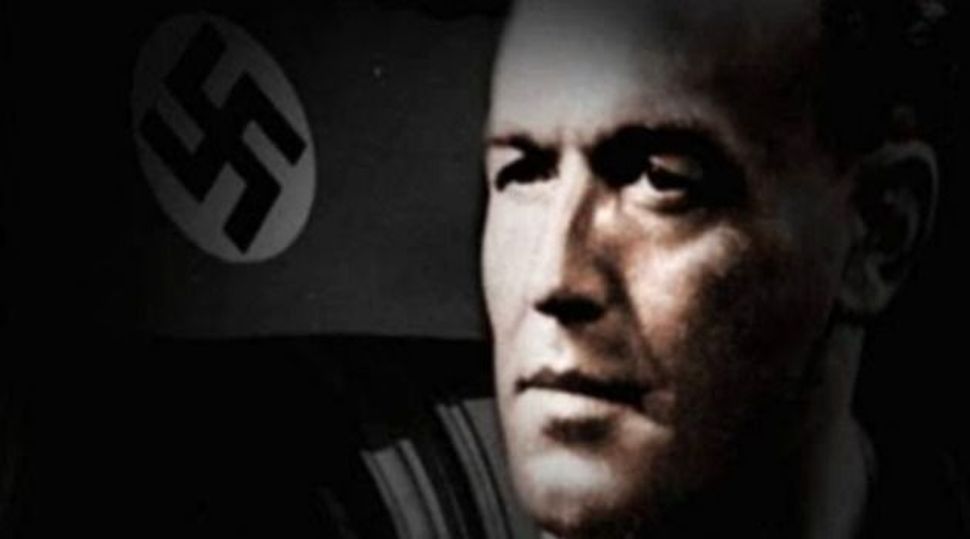 ● The Eternal Nazi: From Mauthausen to Cairo, the Relentless Pursuit of SS Doctor Aribert Heim
By Nicholas Kulish and Souad Mekhennet
Doubleday, 250 pages, $27.95

In “The Eternal Nazi,” journalists Nicholas Kulish and Souad Mekhennet tell the gripping story of the decades-long pursuit of Nazi doctor Aribert Heim and, in the process, offer a larger history of postwar Germany’s attempts to come to terms with its violent past.

Dr. Aribert Heim — notorious for the brutal medical experiments he performed at Mauthausen concentration camp — spent the last 30 years of his life as a fugitive from justice in Egypt. Authorities pursued his trail 16 years after his death, until Kulish and Mekhennet, on assignment for the New York Times (where Kulish was Berlin bureau chief from 2007 to 2013), uncovered definitive proof of his fate.

Clocking in at just 250 action-packed pages, “The Eternal Nazi” is a brisk, compelling read, with all the frustrating plot twists and eccentric character cameos of an espionage thriller. Chapters alternate between accounts of Heim’s life in hiding (and the constantly foiled attempts to pursue him) and larger historical accounts of postwar Germany and the nation’s by-no-means inevitable progression from self-willed oblivion to a state of painful reckoning with its violent past. All along the way, Kulish and Mekhennet share vignettes about everyday Germans confronting their own past, and about the tension within the country between “collective guilt, which is easier to accept, and individual responsibility.”

Heim himself cuts as sadistic a Nazi villain as Hollywood has ever spun. Born on June 28, 1914, the same earth-shattering day of Franz Ferdinand’s assassination, Heim grew up in a small town in Austria and was drafted shortly after completing his medical degree. Noticeably tall and good-looking, an “Olympic-caliber athlete,” Heim worked as a medical doctor at the Buchenwald, Sachsenhausen and Mauthausen concentration camps.

Heim’s activities during his few months at Mauthausen attracted the authorities’ attention after the war. He was known there as a vicious sadist who took pleasure in conversing amicably with his victims immediately before injecting gasoline into their hearts. He performed unnecessary operations on healthy people without anesthesia, and displayed baked decapitated heads as paperweights on his desk.

But somehow, amid the postwar chaos, Heim slipped through the cracks. Kulish and Mekhennet do a wonderful job of conveying the bureaucratic nightmare of cataloguing Nazi atrocities (to say nothing of capturing the men responsible for them). In Heim’s case, a misspelled name and incorrect birthplace, along with several crucial omissions from his wartime résumé, freed him to lead a quiet life for 15 years after the war. While Austrian authorities were searching for him in the immediate postwar years, Heim was a prominent hockey player in the American zone in Germany, beyond Austrian jurisdiction. Later, he and his wife settled into a “stately villa” in Baden-Baden, where he had two sons and opened a gynecology practice.

In 1958, after a decade of trying to sweep Nazi atrocities mostly under the rug, the West German government — spurred in part by the rise of Simon Wiesenthal and, later, other more unlikely “Nazi hunters” like the provincial policeman Alfred Aedtner, a major character in this book of interesting characters — formed a unit to investigate war crimes. Suddenly, less prominent Nazis like Heim were coming under formal investigation for the first time. By 1961, the same year as Eichmann’s televised trial, authorities were hot on the trail of the prosperous gynecologist in the German spa town. But instead of turning himself in, Heim did what many Nazis before him had done: He took off.

But unlike many of the more famous Nazis who fled prosecution, like Eichmann and Josef Mengele, Heim went not to South America but to the Middle East. In 1962, he settled in Egypt, which had actively harbored Nazi war criminals since the Suez Crisis in 1956. Heim lived quietly in Cairo for the next 30 years, helped along by his real-estate investments and cash transfers from his sister. He avoided other European expats, shied away from photographers, and eventually — seemingly for reasons more of expediency than faith — converted to Islam.

After German courts seized the apartment building that had provided the bulk of his income, Heim moved to a small room in a hotel in a more out-of-the-way part of Cairo. He died as Tarek Hussein Farid, consigned to a pauper’s crypt, in 1992. His long-estranged son, at Heim’s side, was horrified by the conditions of his father’s death: “In Europe no one would have to die like that.”

But Kulish and Mekhennet’s story by no means ends with Heim’s death. For almost two decades afterward, Nazi hunters in Israel, Germany, and America continued to pursue the so-called Butcher of Mauthausen, who had come to represent “the new face of Nazi impunity.” Long after Heim’s death, rumors of his purported whereabouts persisted; he was said to be on the Costa Brava, Spain in 2005, and in Chile in 2008, where the illegitimate daughter he’d never met had moved (for love, not political asylum).

That same year, the long-dead Heim was named the most-wanted Nazi war criminal in the world by the Simon Wiesenthal Center. Only in 2009, when the authors of the book discovered a briefcase filled with mementos from Heim’s lonely life in Cairo, did authorities close his case once and for all.

Throughout “The Eternal Nazi,” the authors use the search for Heim as a lens to track the fascinating evolution of Germany’s reckoning with its war crimes. They also take on the larger forces that kept Heim at bay: bureaucratic dysfunction; the logistical impossibility of documenting every Holocaust crime; the faltering memories and dying witnesses that are attendant on the inevitable passage of time; and the eventual fatigue with Nazi prosecutions.

There’s not a great deal of new information here, but Kulish and Mekhennet are talented storytellers, shaping a large, potentially formless story into a precise, action-packed narrative (as when they describe in painstaking detail the complicated journeys Heim’s loyal sister would make to visit her brother in Cairo). The chapters are short, the writing brisk, and the plot has all the makings of a “Bourne Identity” spin-off, ambiguous conclusion included.

In the end, Heim might have evaded justice, but the authors portray the loneliness of his long exile as a harsher punishment than whatever nominal sentence German courts would’ve handed him in the 1960s. He died in poverty, feeling “betrayed by the country he served.”

Laura Moser is a frequent contributor to the Forward.