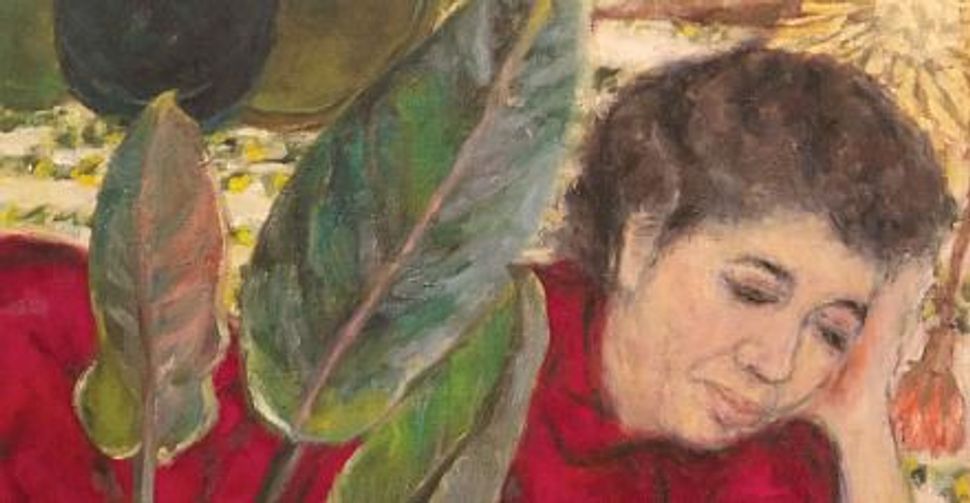 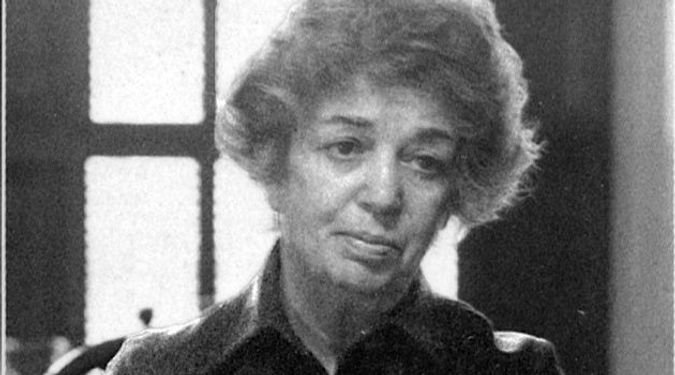 Call Her Shirley: Faessler was an independent spirit, the child of poor Romanian immigrants. Image by Courtesy of now and then books

Nobel laureate Alice Munro called Shirley Faessler, whom she knew personally, “a witty and uncompromising writer.” Readers of Faessler’s recently reissued collection of short stories, “A Basket of Apples,” will undoubtedly agree. Originally published in 1988 and long out of print, the collection is nothing short of a masterpiece. It gives voice to the working-class, immigrant Jews among whom Faessler grew up in Toronto’s vibrant Kensington Market in the 1920s and 1930s.

Faessler, who died in 1997 at age 90, was an independent spirit, willing to shun the path designated for women in the 1930s and make her own way. As a teenager, she became romantically involved with a non-Jewish, blond athletic coach who became the father of her child. (She deals with this incident in her autobiographical novel, “Everything in the Window,” published in 1979.) Later, she became the proprietor of a large rooming house, described as “the only theatrical boarding house in Toronto,” and married one of her tenants, the actor James Edmond (another non-Jew). As Faessler’s editor, Lily Poritz Miller, reminisced, Shirley “had an eye for fair-haired young men who emerged from a world unlike her own.” A charming raconteur, Faessler was the center of an artistic salon that drew many creative friends, including Munro and such other rising stars as Mavis Gallant and Margaret Laurence. And she was, astonishingly, already a 60-year-old grandmother when her first short story was published in 1967 — in the Atlantic Monthly, no less.

Faessler was born to poor Romanian immigrants. Her mother died when she was young. A few years later her father, through a traditional matchmaker, met and married an illiterate Russian immigrant. In the fictionalized account, Faessler’s stepmother’s family refers to her father as “the Romanian Beast,” and as “the mamaliga eater.” He in turn calls them “the Russian hordes.” It seems that most of Faessler’s characters practice mutual disrespect. Despite the family’s distrust, the complex marriage grows into a loving partnership, and its dynamics fuel several of the interconnected stories in “A Basket of Apples,” all of which are narrated in the first person by Faessler’s alter ego, Sarah Glicksman.

The tales unfold in chronological order. In the first story, “Henye,” we learn, through the eyes of a teenage Sarah, the details of the old-world courtship of Henye and Yankev, the aunt and uncle of Sarah’s stepmother, Chayele. The final story, “Intercede For Us, Auntie Chayele,” recounts Chayele’s death through the eyes of a mature and married Sarah. In between, there are tales dealing with the valiant efforts of Sarah’s father, Avrom Glicksman, to keep working during the Great Depression so he can feed his wife and three children. Avrom is portrayed as an honest but unlucky man who, unlike his fellow Romanian landsmen, never achieves financial success. One story deals with Avrom’s death, another with Sarah’s summer romance, and another with an unorthodox love triangle involving three of Sarah’s friends.

Faessler’s style is affectionate and entertaining, and while her writing is expert, it never draws attention to itself. The plain language and the narrator’s openness invite the reader into a vanished world. In the first story, Sarah reveals her embarrassment at being seen with her Aunt Henye, a pallid-skinned, long-nosed old woman “bent over in the back.” Sarah is accompanying Henye to the clinic; her embarrassment continues when she has to translate Henye’s urgent Yiddish into English for the gentile doctor. Sarah’s occasional uneasiness with her Jewishness, and her embarrassment over her family’s run-down house, endears her to the reader and makes her a compelling storyteller.

While Faessler is relentless in exposing the foibles, hypocrisies and machinations of her characters (such as those of the sly, deceitful wife Lottie in “The Apple Does Not Fall Far From The Tree,” and the dissembling cousin Misha in the final story), she never loses her fondness for them. Faessler’s eye is comprehensive but never cold. Humor lightens the honest and often critical views she expresses about her friends and relatives. In Faessler’s world, it is better to laugh than to judge.

Wallace Stevens believed “description is revelation,” and Faessler’s descriptive powers are formidable. Here, Uncle Yankev tells the narrator about his arranged marriage and the disheartening first meeting with his future mother-in-law and soon-to-be wife:

“I was like a tree. Tall, straight, a head of hair like a lion, a neck like a bull. He took a few steps to the hall, my future father-in-law, and called for his wife. Right away a scrap of a woman came hurrying in. So fast I thought she was on wheels. A nothing of a woman, the size of a sitting dog. She gave me a dried hand, looking me up and down.”

Faessler never falls into the trap common to Jewish writers of her generation: sentimentality. In one scene, Henye is on the way to the hospital to see her husband, Yankev, whom she believes is close to death and wanting to ask her forgiveness for his abusive ways. Instead, Yankev, a bootlegger, asks her to come close so he can tell her where his bottles of hooch are located in case his customers should call. A potentially teary-eyed deathbed scene is turned on its head.

But not everything in “A Basket of Apples” leads to laughter. In the title story, Sarah recounts her father’s death from colon cancer. At the funeral parlor, observing her stepmother approach the coffin, Sarah is embarrassed for her because of “the uneven hemline of her coat” and “her lisle stockings twisted at the ankles.”

“‘Russian peasant,’ Pa used to say to her in anger… If he could see her now… mourning him like Hecuba mourning Priam and the fall of Troy. And I a minute ago was ashamed of her hiked-up coat, her twisted stockings and dusty shawl.” To create such a scene without being mawkish requires two qualities: self-awareness and writerly finesse. Shirley Faessler possessed an abundance of both.

Kenneth Sherman is an essayist and author. His 2010 collection of essays “What The Furies Bring” won the 2010 Canadian Jewish Book Award.