Germany’s Inferiority Complex and the Holocaust 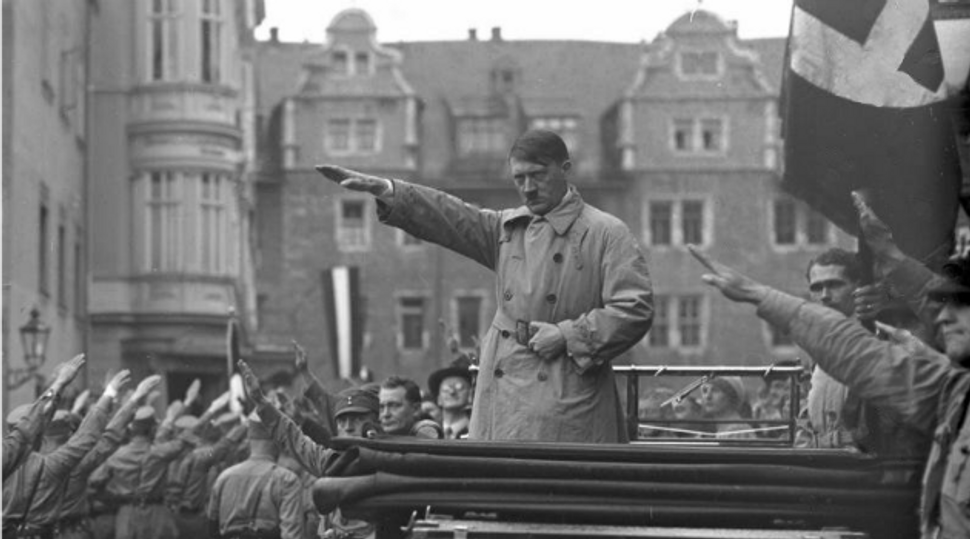 ● Why the Germans? Why the Jews?: Envy, Race Hatred, and the Prehistory of the Holocaust
By Götz Aly
Metropolitan Books, 304 pages, $30

Early in his penetrating and provocative study of the roots of German anti-Semitism, “Why the Germans? Why the Jews?: Envy, Race Hatred, and the Prehistory of the Holocaust,” Götz Aly quotes Julius Fröbel, a delegate during the 1848 National Assembly in Frankfurt, a gathering whose efforts to establish a German nation state ended in stalemate: “The German is always at pains to emphasize how German he is,” Fröbel grumbles, his words foreshadowing Abish’s title. “The German spirit, so to speak, always stands in front of a mirror admiring himself, and even if it has looked itself over a hundred times and become convinced of its perfection, it still harbors a secret doubt, which is the hidden core of vanity.”

Aly — an acclaimed German historian and winner of the National Jewish Book Award — uses Fröbel’s words to buffer his claim that this swaggering confidence plagued by self-perceived inferiority is a German characteristic, and further, that, insecurity is a source of envy. Aly traces the prehistory of the Holocaust, from the 1800s to the Nazis’ assumption of power, and persuasively argues that German anti-Semitism stemmed not from religious hatred or racist ideology, but instead from “the least desirable of the seven deadly sins: Envy.”

Aly’s introduction, entitled “The Question of Questions,” opens with familiar queries: Why did the Germans murder six million people purely for being Jewish? How was this possible, and how could such a hitherto civilized people subscribe to such virulent animosity and unleash such destruction? Aly sets out to answer the perennially confounding double question of his title, and along the way offers shrewd insight into the German mindset over the last two centuries.

Aly begins his quest for answers with the first seeds of Jewish emancipation from the ghettos in 1806. Having finally been granted economic liberty and civil rights, Jews began to seize entrepreneurial initiatives, identify with industrialization and prosper in the fields of science. Aly focuses on the Jewish community’s progress in education, noting that Jewish educational institutions were better equipped than German public schools and placed a stronger emphasis on learning. Consequently, Jewish children possessed the hunger and aptitude to learn, both of which translated into successful results: Compared to their Christian peers, Jewish pupils were eight times more likely to earn a better class of secondary-school qualification. Armed with such statistics, Aly routinely contrasts the Jewish and Christian communities of the time, even noting at one point that Jews were healthier than Christians during this era and enjoyed longer lives.

Eventually, though, Aly turns the discussion toward the burgeoning resentment among German Christians who felt that their place in society was being usurped by canny Jewish parvenus. The struggle against Napoleonic occupation engendered weakness and self-doubt but also pent-up aggression and xenophobia. One year after Napoleon’s defeat, anti-Jewish prejudices became as extreme as anti-French feeling in revolutionary nationalist circles. Aly impresses here by toppling certain revered German heroes from their plinths. Ernst Moritz Arndt, honored as a vanguard proponent of German national unity by generations of democrats, saw Jews as “vagabond, opportunist, treacherous, criminal” and warned that this “foreign plague and excretion” threatened the purity of German lineage. The composer of the German national anthem, Joseph Haydn, churned out anti-Semitic poetry. Karl Marx’s dissertation supervisor, Jakob Friedrich Fries, demanded Jewish assimilation into the Christian majority.

A second figure connected to Marx, his biographer Paul Mehring, showed his true colors in his 1902 introduction to Marx’s “On the Jewish Question,” in which Mehring accused Jews of being “hissing reactionaries” and condemned them for having accrued too much power. Minority voices of Jewish support in the 19th century — Goethe, Bismarck, Friedrich III — were drowned out by the gathering storm in the 20th. Anti-Semites found Jews the perfect scapegoats for the nation’s woes, from injustice at Versailles to the economic crises of the Weimar Republic. The Judenfrage and Marx’s take on it was incontestably answered by the Final Solution.

Aly’s account of the circumstances leading to Hitler’s takeover is, while fascinating, thoroughly well-trodden, and contributes little that is new. To be fair, Aly deserves credit for not repeating himself in his account of how Germans profited from the expropriation of Jews — a phenomenon covered in his 2007 book “Hitler’s Beneficiaries.” He deserves wholesale praise, however, for his discussion of what he calls the “innate insecurity of German national identity.” He quotes Theodor Heuss, president of the Federal Republic of Germany from 1949 to 1959, who concluded in his 1931 book “Hitler’s Way” that the Nazi doctrine of race was in reality the product of an “astonishing inferiority complex.” Close readings of “Mein Kampf” and Goebbels’ novel “Michael” reveal the Nazis’ preoccupation with blaming Jews for class divisions, which Aly sees as an extension, even a culmination, of 19th-century anti-Semitism born of social difference.

It is worth pointing out that Aly has drawn not only on an exhaustive list of books and journals but also on unpublished sources from his private family archive — “a twenty-foot long corpus of letters, diaries, reminiscences, and photos that I inherited and cataloged four years ago.” His analysis is thus peppered with substantiating and, crucially, non-biased stories relating to key family members, including officers, frustrated social climbers, and a grandfather who boycotted a Jewish department store — an act that, according to Aly, “was one of the littler things that, taken together, led Germany down the path of historically unprecedented violence and annihilation.”

This fusion of academic research and family anecdotes is effective. At times, Aly’s language is colorful (on more than one occasion we hear about “Hitler and his henchmen”); at others, it verges on melodramatic (envy-fuelled Germany, the “green-eyed monster [that] was seeking sacrificial lambs”). However, his arguments, tangential riffs on racial theory, anthropology and genocidal parallels, together with his relentless and overriding pursuit of answers, ensure that his book is consistently absorbing.

“Anyone who proposes that the German anti-Semitism that resulted in the mass murder of six million people was the result of anti-Semitism in general,” Aly opines, “is merely painting a picture of the devil without accounting for the forces that conjured him and gave him such massive power.” Aly recaps these “forces” at the end of his book before reminding us of his crux and clincher: “The mortal sin of envy… is what made the systematic mass murder of European Jews possible.” Rather than learn from Cain’s folly, we have repeated and magnified it.

Aly’s conclusion, that a calamity on the same scale as the Holocaust could occur again, is a bleak one. And yet there is a flicker of hope to be discerned in his final words: “Those who want to reduce the danger of its happening should work to understand the complex preconditions of the Holocaust.”

“Why the Germans? Why the Jews?” may not be a manifesto to avert future tragedy, but it provides vital truths as to where humanity went so wrong in the past.

Germany’s Inferiority Complex and the Holocaust