The Origins of Yiddish: Part Fir 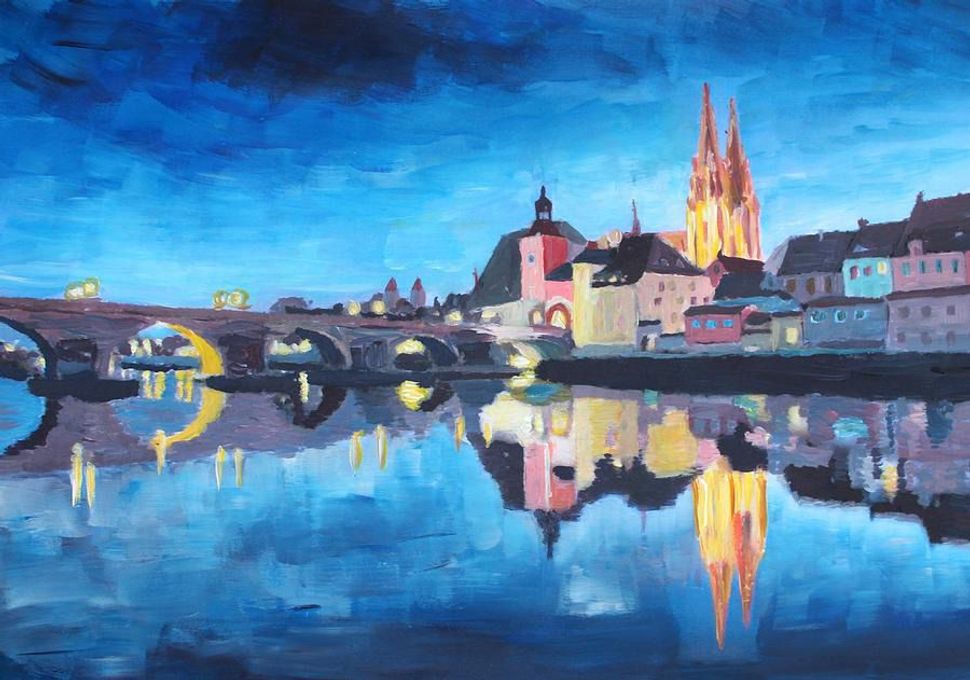 In this last of a four-part series about the contemporary controversy over the origins of Yiddish, I’ll begin with the last of the Yiddish linguists profiled by Batya Ungar-Sargon in her Tablet essay, Alexis Manaster Ramer. Born in Poland to Holocaust survivors who came to the United States when he was a child, Manaster Ramer is a scholar of dizzying scope. “He was the first person,” Ungar-Sargon writes, “to organize a conference on the mathematics of language. He has published on Australian, Eskimo, Austronesian languages, Indo-European Uto-Aztecan, Nostratic, Altaic, Haida-Nadene, Pakwan/Coahuiltecan, Tonkawa-Nadene, Vedic and Homeric poetics, and medieval Yiddish.” Currently unaffiliated with any academic institutions (he has taught linguistics at the University of Michigan and computer science at Wayne State), “he now splits his time,” we are told, “between Bulgaria and California.” Is he for real? Although I’ve never met him, I once did correspond with him briefly, and can vouch that he is.

Manaster Ramer has not developed a systematic theory of Yiddish’s origins as Dovid Katz and Paul Wexler have done. In fact, he has published only two full-length academic articles on the subject. In the first of these, “Yiddish Origins: The Austro-Bavarian Problem” (1996), he critiqued Robert King and Dovid Katz’s “Regensburg hypothesis” for being insufficiently able to account by itself for many of the features of Eastern European Yiddish. In the second, “The Polygenesis of Western Yiddish — and the Monogenesis of Yiddish” (1997), he argued that while Western Yiddish split into two different dialects at an early stage of its development, the evolutionary line leading from the Judeo-German of the 10th and 11th-century Rhineland to the Yiddish eventually spoken in Eastern Europe is a continuous one; the Regensburg region of Bavaria was a way station in this development, not its starting point.

In this sense, though he might object to the term, Manaster Ramer could be called a neo-Weinreichian. His reasoning, like Katz’s and Wexler’s, involves technical matters, such as the historical development of Yiddish vowels, that can’t be gone into here. One of his points that anyone can appreciate, though, is that Western and Eastern Yiddish share a nonreligious Hebrew vocabulary that is far too great to be coincidental.

There is nothing surprising about finding the same Hebrew words for such things as Jewish holidays, Jewish rituals, and Jewish legal and cultural concepts in different Jewish languages, where their existence doesn’t imply a direct link. But when one finds, as one does in both Western and Eastern Yiddish, Hebrew words like (in their standard Eastern European pronunciation) meylekh (“king”), azes (“brazenness”), kheyshek (“desire”), menukhe (“rest”), metsiye (“bargain”), sod (“secret”), tomer (“whether”), miyes (“ugly”), yakres (“expensiveness”), nakhes (“satisfaction”), shoyte (“fool”), kol (“sound”), mishpokhe (“family”), tsure (“face”), etc., etc. (the list goes on and on), a connection must clearly exist. Like Weinreich, with whom he disagrees about other things, Manaster Ramer holds that the only sensible explanation of this connection is the slow, steady progress of Yiddish across Europe from West to East, whatever detours or retrograde movements it may have made on its way.

‘The Mystery of the Origins of Yiddish Will Never Be Solved” is the title of the second of Ungar-Sargon’s two Tablet articles. If by this she means that the arguments over Yiddish’s precise route of expansion and stages of development will go on forever, she may be right. And yet it is likely, I think, that the overall issue will ultimately be resolved not by one of the three contending hypotheses — the Rhineland, the Regensburg and the Slavic-Sorbian — triumphing over the others, but by a synthesis of all three. It is, after all, perfectly conceivable that the first Judeo-German speakers were Jews from France who settled in the Rhineland; that some of them then migrated to the Regensburg region of Bavaria, where they were joined by other Jews pushing north from Italy and west from the Balkans; that the Yiddish that became the common language of all of them changed under the influence of local German dialects, and that its speakers then pushed further eastward and northward into Slavic-speaking areas and caused the Jews living there (some of whom may originally have been Khazars) to switch or (using Wexler’s term) “relexify” to Yiddish, too.

Theoretically, none of these developments rules out the others. A larger Slavic-speaking Jewish presence in Eastern Europe than historians have traditionally assumed to be the case could help explain Eastern European Jewry’s late medieval demographic explosion. Moreover, if one objects that a smaller Yiddish-speaking population could not have Yiddishized a larger Slavic-speaking one, Jewish history has a precedent for this in the migration of Jews expelled from Spain in 1492 to the Ottoman Empire — where, because their superior education enabled them to take over the reins of local Jewish communities, the Spanish they spoke was eventually adopted by the empire’s more numerous Greek- and Turkish-speaking Jews. The same could have happened in Eastern Europe, whose Yiddish-speaking newcomers brought with them a higher level of rabbinic culture than existed before them. In the end, a new “standard theory” of Yiddish’s origins will probably be based on the work of Weinreich and his challengers alike.

The Origins of Yiddish: Part Fir