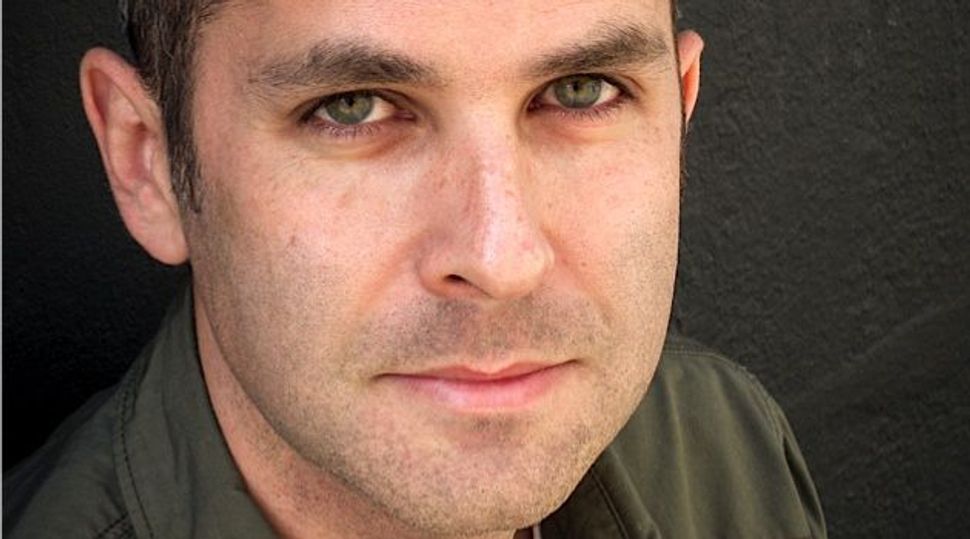 Getting Even: Rachman wrote his undergraduate thesis on Woody Allen. Image by alessandra Rizzo

Before he started writing, novelist and journalist Tom Rachman had a peculiar visual image: A child being led into a room with a couple of adults who pay no special attention to her. The person who brings her there leaves, and the child sits quietly in a corner. As the hours pass, it becomes clear that nobody is going to collect her. The adults and child have to figure out what to do next.

In the end, there was “The Rise & Fall of Great Powers,” the second novel by Canadian-born Rachman, 39, whose 2010 debut “The Imperfectionists” was a bestseller that was translated into 25 languages. “The Rise & Fall” tells the story of Tooly Zylberberg, who leads a reclusive life as the owner of a bookstore in a Welsh village — until a former boyfriend contacts her, which encourages her to revisit the places in which she grew up. Having spent most of her childhood and adolescence as the forgotten child in the corner, being shuttled between countries and four enigmatic adults — socially awkward computer programmer Paul Zylberberg, Russian book lover Humphrey Ostropoler, flimsy Sarah, and crooked but warm Venn — she tries to untangle the secrets of her youth.

The novel offers vivid imagery of life across three decades and three continents, and is rich in literary references, witty dialogue and astute observations of the human psyche.

Having made her entire family read “The Imperfectionists,” the Forward’s Anna Goldenberg caught up with Rachman, who lives in London, via Skype and talked about the books and films that influenced him, his Jewish last name, and how feeling like Tolstoy can lead to writers’ block.

ANNA GOLDENBERG: Like Humphrey Ostropoler and Tooly Zylberberg in your new book, your last name is Jewish as well. What’s your Jewish background?

TOM RACHMAN: I was raised with a very strong and powerful sense of Jewish culture, but not Jewish religion — at all. I was raised mainly in Vancouver, which has a small Jewish community, but it’s not a place like New York City where one feels the extent of the Jewish community all over the place. In any case, we weren’t even very involved in that. In late adolescence, I found myself a little bit mixed up about where I fit. When I would spend time with Jewish friends who were more involved in the religious side of it, I felt extremely estranged from all of that… On top of this, my father is Jewish, my mother is half-Jewish, and it’s her father who is Jewish. Therefore, people who believe in matrilineal descent of Jewishness would not consider me to be Jewish whatsoever. When I would be trying to fit in some sort of a Jewish community, [I would] find amazing welcome from some people, and coldness from others. Once they found out that one of my four grandparents was not Jewish, and that it was the one grandparent that they cared about, suddenly, I didn’t count in their group.

Which books and films did you take your inspiration from for this book?

The humor comes from a lot of the great films I watched. I studied film when I was at university. My undergraduate thesis was on the influence of Yiddish humor on the films of Woody Allen. I should say that the particular thesis argument that I made was probably pretty flimsy but it was a very good excuse for me to spend a lot of time reading wonderful Yiddish literature in translation and watching the early films of Woody Allen that I thought were so great… When I was at university, I also became increasingly passionate about literature, in fact including one of your former writers for the Forward, Isaac Bashevis Singer. There’s a little nod to that as well. Humphrey’s name is Humphrey Ostropoler, and there’s a very famous and beloved figure in Jewish and Yiddish folk tales called Hershel Ostropoler. That character was always poor but always very, very witty and would puncture the injustices and cruelties and stupidities of the powerful with his sense of humor. When Humphrey picks a new self and a new name, he names himself Ostropoler after that character. Although none of that is stated in the book, that’s what I always imagined.

Which one was the last Woody Allen film you’ve seen?

Oh, I don’t even remember. I find them so painful. The recent [films] are like somebody you’ve had a very close friendship with and then you see them change in ways you don’t like and you don’t want to be exposed to the new version of them. I see some of this terribly forced dialogue that is really the dinner table chat from intellectuals from the early 1970s somehow ventriloquized in the mouths of Hollywood stars of today. It’s embarrassing. I’d say his films up to and including “Crimes and Misdemeanors” were absolutely exquisite… I feel like he was and will always be one of the most wonderful and extraordinary filmmakers there have ever been. Even though he’s known for the particular nebbish character that he plays himself, many of his films have had considerable variety in tone. His perspective on the world is one that at its best is extremely poignant and brilliant. Which is precisely why I have been among the legion of fans who kept going to his films far too long. I kept seeing film after film that was increasingly trivial and silly. He clearly feels a compulsion to keep working all the time because he produces so much. I totally understand that because creative work also fills my life, and I would hate not to be working all the time. That’s what I love. But unfortunately, he just seems to be in the habit of pumping out stuff.

For which aspects of fiction writing did you have to change your mindset from what you were used to doing as a journalist?

I had this false but very widespread notion that one is either a talented writer, or one is not a talented writer. That was a very intimidating prospect because I thought as I sat down, I’ve for many years dreamed of being able to write, and now I have this time — and now it’s the test. Either, I write and I’m Tolstoy, or I write and I’m an absolute failure. So those seemed to me to be the only real options. I would discover talent or I would discover its absence. That was sort of a recipe for writer’s block, I suppose.

Which skills did you pick up as a journalist that you found useful for writing fiction?

I was editing stories from all over the world. I covered stories in several different countries in the world as well. By the end of it all, I had a much, much greater grasp of the world that I lived in. That’s something I’ve come to value in my writing in fiction: Trying to draw in the elements of the world at large, even though most of the characters that I’m interested in are somewhat detached from the society that they’re in. They feel like outsiders, they stand at the edges of the major events that are going on — but I am interested in the huge events and the small people within them. I find that that contrast is a fascinating one for me.