Using the Genes of Israeli Wheat To Fight Climate Change 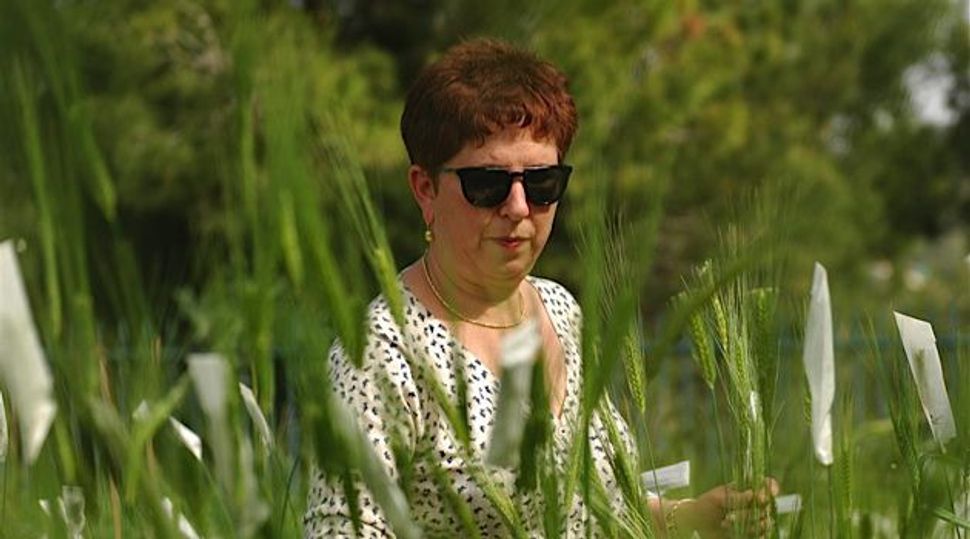 Searching For Good Genes: Tamar Krugman, the curator of the Wild Cereal Gene Bank in Haifa, is using the genes of wild wheat to breed a variety that is resistant to drought. Image by courtesy of Tamar Krugman

Climate change and population growth have agricultural experts throughout the world increasingly worried. In addition to the usual battles against pests and diseases, poor countries now face threats of food shortages, price spikes and the political instability those conditions can cause. Since the amount of land set aside for agriculture is limited, researchers are therefore eager to find new ways to boost yield, keeping prices down. And as part of that quest, scientists are increasingly turning to wild, non-domesticated wheat to search for useful genes that can be bred into commercial grain. Israel is a center for this new technology.

Despite its small size, Israel is home to many genetically diverse populations of wild plants. Wild relatives of crop plants are especially important because they contain genes that make them particularly well-suited to differing ecological settings; they are also more resistant to some diseases and grow in a variety of soil types. The genes that allow this flexibility were often lost during domestication, when genetic diversity was sacrificed so that plants cultivated for farming could take on standardized forms. Of the Israeli wild crops, wild emmer wheat, the progenitor of all domesticated wheat, is of particular interest because Israel is thought to be a secondary site (after Turkey) of wheat domestication: This is where wild emmer populations once mixed with domesticated strains. In addition, Israel is a hotspot of genetic diversity because four large regional botanic zones — the Mediterranean, the Great Rift Valley, the Saharo-Arabian desert and the Irano-Turanian ecoregions — converge here. These tracts support wild wheat populations that have adapted genetically to various ecological conditions, such as different soils and rainfall levels. By obtaining samples from various wild populations, plant scientists can access these wild plant genes and transfer them to crops of the same or even different species.

Today, Israel has repositories for preserving this wild wheat, such as the Israeli Department of Agriculture-funded Israel Plant Gene Bank, which stores wild relatives of crop along with thousands of non-wild samples. Another major repository for wild wheat is the Wild Cereal Gene Bank, which is housed at the University of Haifa’s Institute of Evolution and contains more than 3000 wild wheat samples collected mostly in Israel.

Jorge Dubcovsky, a plant geneticist at the University of California, Davis, and the Institute of Evolution recently collaborated in the discovery of a high protein content gene. Dubcovsky used wild wheat from Israel to search for the gene, which can be bred into commercial wheat, producing a nutrient-enhanced cereal that could address serious protein deficiencies and improve infant nutrition in the developing world.

In her own research on drought-resistant wheat, plant geneticist Tamar Krugman, the curator of the Wild Cereal Gene Bank, is currently using the genes of wild wheat to breed a drought-resistant variety. Using genetic mapping to trace genes as they diffuse in a population or sample, she has identified helpful genes from several wild emmer populations, including in wheat from the dry Judean mountains, which displays drought resistance, and from the moister Mount Gilboa, where wild wheat displays the ability to adapt to constantly changing conditions. “We are usually not using plants from the desert that are small and flower early,” she explains. “We prefer to use other plants that are more plastic — they have many mechanisms” that can be used for adaptation.

Her work on drought-resistant wheat does not involve the controversial technology of transferring genes from one species to another, but is instead a type of classical breeding with new gene identification techniques that match wheat strains with particular traits. Currently, Krugman is crossing samples to maintain the best of the wild traits while removing the wild wheat features that necessitated domestication in the first place. (Separating the grain from the plant, for example, is easier to do with domesticated grain.) In a few years, Krugman expects to be able to introduce a new variety of wheat that can grow with very little water and produce a large yield.

Despite the innovations they’re developing to improve farming, Krugman and Dubcovsky remain concerned about a climate change-tinged future of frequent droughts, a growing population and resulting food shortages. “As more and more people live in the city there is this perception that food grows in the supermarket,” Dubcovsky said. “We are getting closer and closer to a crunch in our food supply. So we better have the genetic resources at hand if you want to continue improving wheat and feeding the people.”

Using the Genes of Israeli Wheat To Fight Climate Change