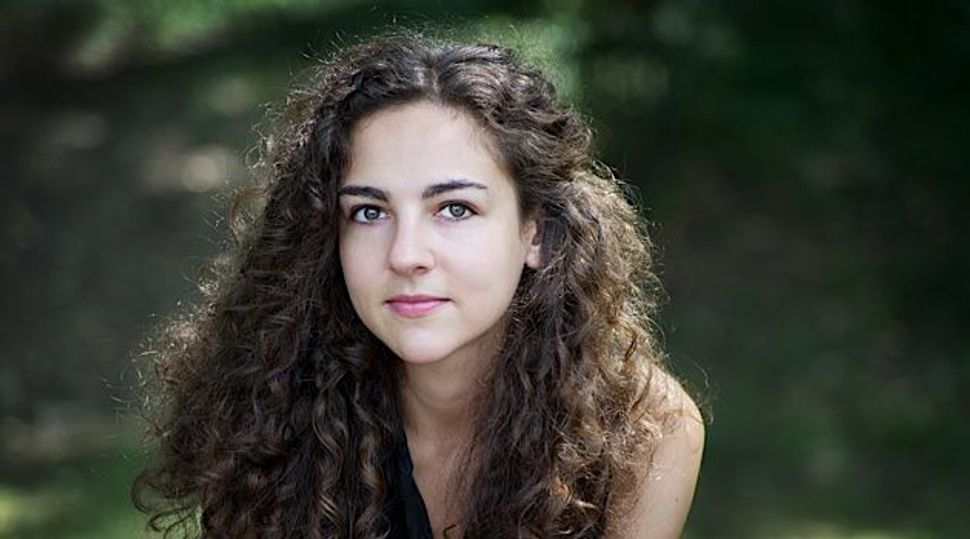 In this year, the year of the Soviet American Jew, when it seems like every man, woman and child who hails from the good old USSR and owns a writing implement has detailed his or her experience, fictionally or otherwise, let us praise Yelena Akhtiorskaya, whose new novel “Panic in a Suitcase” makes something unexpectedly refreshing out of the overcooked tropes of the immigrant household struggling in its new environs.

The household in question belongs to the Nasmertovs, a family that, like Akhtiorskaya’s own, pulled up its Odessa roots and grafted them onto the Odessa-lite soil of Brighton Beach, Brooklyn. But the Nasmertovs’ uprooting has been incomplete: The family’s first-born son, the just-on-the-verge-of-being-successful poet Pasha has been left behind, though his decision to stay in Odessa is perhaps based less on personal principle than on constitutional inertia. Pasha, you see, does not make decisions (and he has an “allergy to life-decision discussions”). And that’s to say nothing of the interruptions he hates: “Packing, relocating, resisting the pull of his daily rituals, all this amounted to a profound psychological stress.”

And so Pasha remains in Odessa, “keeping guard over [the family’s] memories,” living in the ancestral kommunalka, summering at the dacha. The other Nasmertovs — the cancer-afflicted matriarch Esther and her husband Robert, their no-nonsense daughter Marina, Marina’s temperamental, disaffected husband Levik, and their petulant daughter Frida — keep hoping that Pasha can be persuaded to join them in Brighton, but then again, they are not so sure. After all, Pasha’s reign as the poet laureate of their old home means they never have to admit that that home is no longer theirs. (Plus, he’s kind of an ass, idly antagonizing his parents and sister. But then if the criteria for togetherness included the ability to play well with others, none of the Nasmertovs would be together.)

When the book begins, the year is 1993. The Nasmertovs have been in Brooklyn for 715 days. (They’re still counting: “It’d seemed that if not counted, the days might either not pass or sneak by in clusters… One thing a Soviet upbringing taught you was to pay attention.”) Pasha is in New York for a month-long visit: to take in the July heat and humidity, to partake of the émigré poetry scene, to shop the flea markets (he’s a bit of a hoarder, that Pasha). In sum: to test the American waters. His response is ambivalent: on the one hand, Brighton puts him in mind of “a tidy replication of the messy, imperfect original” Odessa, built at “the very rear of someone else’s crumbling escape”; on the other, he has to admit there are “undeniable charms” to be found there in the form of “the little grandmas selling prescription pills and old furs on the corner, the physics professor with his pile of used watches, the open-air concerts by ardent if not expert musicians.”

But though he encounters — first at one of the émigré poet parties, then later in the poetry section of a Brighton bookstore — a delightful young lady, a poetry groupie, Pasha soon returns to Odessa, to his crazy wife Nadia, and his ignored son Sanya.

A year later, he returns for more familial misunderstandings. Esther is ill, clinging to belief in her own indomitable will, her “top-of-the-line primal-mother tool kit, with which she could produce a week’s worth of meals from iron shavings, lint, and maybe a wilted head of cabbage, use a threadbare curtain to dress her family (distant cousins included if need be), cure the common cold… and get her family out of a disaster without a scratch.” In the meantime, Robert Nasmertov — formerly Odessa’s most prominent neurologist, currently a concave man who appears to have been vacuumed from the inside — schemes to have Pasha’s poems translated into English and to get Pasha an endowed professorship at Harvard (sure to come in handy when Frida applies to college). But Robert’s plotting results only in a disastrous dinner with one Professor Lamberg, who consumes the Nasmertovs’ giant bottle of vodka (it’s the size of a child’s leg) in one of the book’s most comically masterful set pieces. The upshot is that Pasha remains in Odessa, while the rest of the Nasmertovs persist in their pursuit of some semblance of the American Dream.

Fifteen years later, the heir to that dream, the now-25-year-old Frida, is floundering, having been forced into medical school by her mother, and like a wounded mouse retreating to its hole, she decides to visit the ancestral home. (Her cousin is getting married and, anyway, someone has to check up on the dacha.) What Frida finds there occupies much of the second half of the book, and I won’t spoil too much about it, save that, as in the novel’s first part, Akhtiorskaya is concerned with the ways in which time and place do not necessarily change the fundamental facts of personality and of self-conception.

And it is this, finally, that makes “Panic in a Suitcase” such a pleasure, a surprise and a revelation. The fundamental truth about the Nasmertovs is not that they are immigrants (or, as the case may be, refusers of immigration); it is that they are the Nasmertovs. That Akhtiorskaya renders them so vividly, in crystalline prose prone to humor and insight adds more pleasure still.

I imagine, as so often happens when a Russian émigré writes a decent book, that the descriptor “Nabokovian” will get thrown around in descriptions of “Panic,” which is too bad: Nobody is Nabokovian (not even Nabokov most of the time), and the term has a way of inflating expectations beyond reason. But, at the risk of damning with florid praise, Akhtiorskaya’s work, with its attentiveness to the small but crucial moment, its meandering from perspective to perspective to perspective, put me in mind of Virginia Woolf. “Panic in a Suitcase” might not be quite “Mrs. Dalloway”; Akhtiorskaya is perhaps, at this point, a very good writer, if not yet a great novelist, leaving some threads of the narrative in little knots — poor Levik gets an even shorter shrift from the author than from the family. But reading her debut novel, one can easily believe that she may well write a true masterpiece and soon.