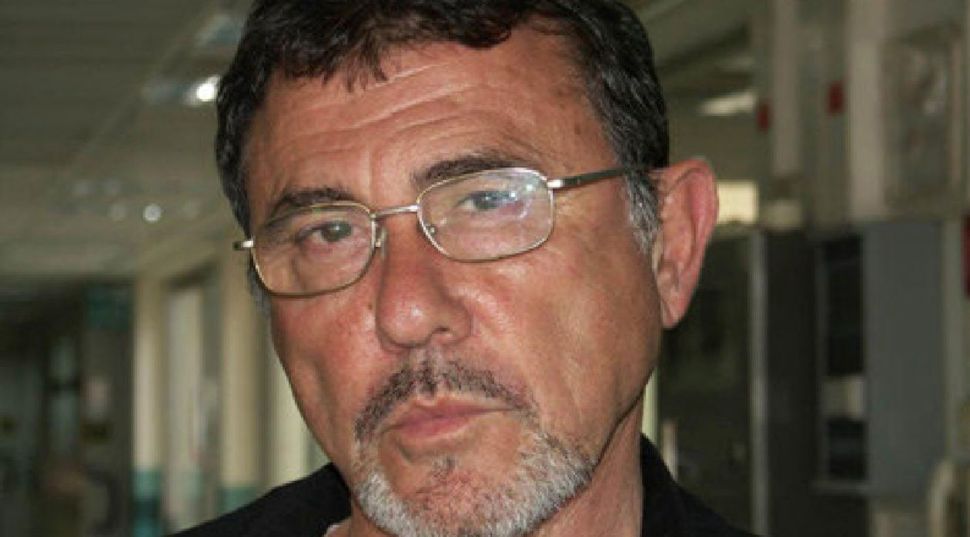 A little background: Shlomo Sand is an Israeli academic trained in the history of 20th-century France. More recently he has turned his attention to his native country. This is no big deal: Many serious scholars, over the course of a career, shift to other topics. But when it comes to Israel, Sand is less historian than upper-middlebrow conspiracy theorist.

In his 2009 book, “The Invention of the Jewish People,” Sand took on the Israeli national myth — in particular, the false notion of an unbroken genealogical line from the Jews of the Roman exile to the Jews of today. He was right to poke holes in the story. But Sand believes Israeli historians have purposely ignored the various conversions and population shifts since the first century in a mendacious attempt to bolster Zionism. Sand, in short, invents a conspiracy where none exists.

Another conspiracy: Sand believes that Israeli historians deliberately suppressed the so-called “Khazar Theory,” which posits that the Ashkenazi community is descended from medieval Slavic converts. Sand loves the Khazar Theory because it “proves” the ahistoricity of Zionism — and (wait for it) that there’s no such thing as the Jewish people.

Never mind that there is absolutely no evidence to support the theory, or at least what disinterested scientists and historians consider evidence. Dr. Sand takes it at face value. And so did his readers. A best seller,

“The Invention of the Jewish People” was dutifully translated into English and various European languages, thus providing succor to the hordes of drooling Judeophobes desperate to discredit Jews.

In “How I Stopped Being a Jew,” Sand goes further, rejecting the Jewish religion for its “genocidal Yahwestic tradition,” as if the Hebrews invented smiting. Neither can he identify with secular Jews, since they have no common culture — no shared language, customs or literature. Saul Bellow and Philip Roth, for example, did not often explore (or eviscerate) Jewish themes; instead, they expressed an “Eastern European sensibility.” Even Jewish humor is really “Yiddish-Slavic humor,” since neither the “Rothschilds nor the marvelous Judeo-Iraqi writers ever shared it.” Secular Jews can’t even claim an emotional bond: “They do not experience today joys or pains shared by other secular Jews the world over.” For these reasons, Sand has an announcement to make: “I wish to resign and cease considering myself a Jew.”

If Sand wants to turn in his Jew card, what do I care? What I find more interesting is how he arrived at these giant conclusions without any evident research. He seems completely unaware that Judaism can almost be defined by the tensions between universalism and tribalism, or that any culture is more like a Venn diagram than a list carved in stone. His assertion about Jewish humor is also dubious, as it took me about three minutes of Googling to learn that even if the Rothschilds weren’t a laugh riot (although I heard that Mayer Amschel did a killer Prince Wilhelm), the folklore of Spanish Jewry had Makeda, its own version of Chelm, the fictional town of idiots and schlemiels.

Actually, in one respect, there may have been too much “research.” Although Sand doesn’t believe that a secular Jewish culture exists, he provides a long critique of the secular Jewish culture that defines itself by the supposed uniqueness of the Holocaust and its support for Israel, the worst country in the entire world. The better parts of these passages blatantly echo Peter Novick’s seminal “The Holocaust in American Life,” the worse ones recall Norman Finkelstein’s “The Holocaust Industry.”

In sum, “How I Stopped Being a Jew” is a bizarre mixture of memoir, crackpot history and (to put it generously) borrowed ideas of Jewish identity. And it’s all to prove that a Jew is a terrible thing. For this, Sand will no doubt be branded with that silly epithet, “self-hating Jew.” Bear in mind, though, that it’s other Jews he hates. Sand holds himself in the highest esteem.

And yet, if I am to be honest, Sand does raise a question of grave importance. For Sand, there is a “close link” between an essentialist Jewish identity and how Israel treats its non-Jews. Many, of course, will argue that Israel is a haven for Muslims and everything’s hunky-dory in Gaza. But those of us who strive for intellectual honesty must acknowledge the contradiction between Western ideals and an ethno-religious government that humiliates and brutalizes people under its jurisdiction. American Jews, in particular, need to ask themselves why they support a situation in Israel that they would never countenance in their own country.

That Sand raises these questions, though, reminds me of the drunken darts player who miraculously hits a bull’s-eye. For the most part, “How I Stopped Being a Jew” filled me with a kind of befuddled amazement at how anyone could take Shlomo Sand seriously.