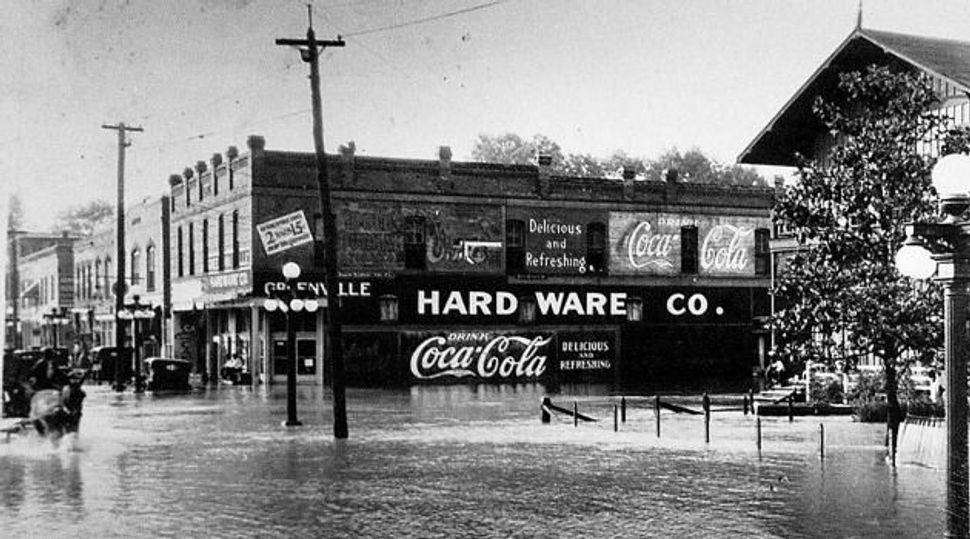 1. Mississippi’s first official Jewish religious service is believed to have occurred in the port town of Natchez in 1800.

2. Perry Nussbaum, rabbi of Congregation Beth Israel in Jackson, was heavily involved in the civil rights movement. In September 1967, the synagogue in Jackson was bombed by Ku Klux Klan members. In November of that year, the KKK bombed Nussbaum’s house while he was sleeping. He and his wife survived.

3. Sam Rosenthal, nicknamed Mr. Sam, was the mayor of Rolling Fork, Mississippi from 1924 to 1969. After the Great Mississippi Flood of 1927, the most destructive flood in American history, Rosenthal evacuated the town’s citizens on a train to Vicksburg and stayed to watch over the city.

4. In 1950, Leonard and Phil Chess, Jewish immigrants from Poland, founded Chess Records in Chicago. The label signed and recorded some of the most seminal blues artists in history, and many of them, including Muddy Waters, Bo Diddley, Chuck Berry, and Sonny Boy Williamson, were born in Mississippi.

5. Late actor Eli Wallach acted in several of Tennessee Williams’ plays, including “The Rose Tattoo,” “Camino Real,” and the film “Baby Doll.” Williams was born in Columbus and spent his early childhood in Clarksdale.

6. Jack Cristil, long-time radio announcer for the Mississippi State University Bulldogs, called most of the university’s football and basketball games from 1953 to 2011. He passed away this year on September