Lena Dunham’s Not That Kind of Author 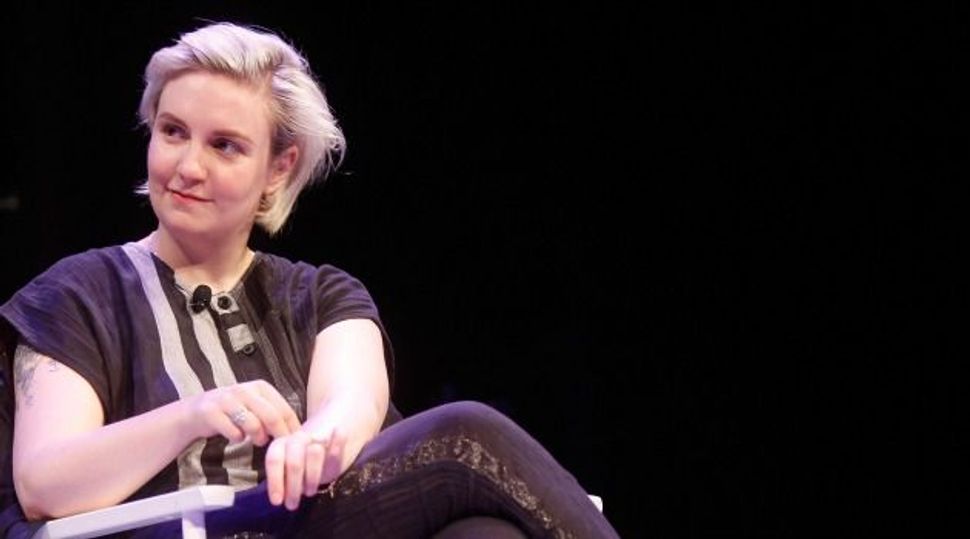 I like Lena Dunham. I liked “Delusional Downtown Divas,” her web series for Index Magazine. I liked “Tiny Furniture,” her 2010 film. And I like “Girls” (except for that one episode at the end of the first season when Jessa married the cop from “Bridesmaids” — that was just awful), the HBO show that made her rather well-known.

Thanks for sharing that anodyne opinion, you might be thinking. But liking Lena Dunham is perhaps more controversial than “like” typically suggests.

Because many people, especially many people on the Internet, either love Lena Dunham, or else they hate Lena Dunham, and neither party tends to permit gradations in their worship or denigration. Sometimes it seems like the only options for responding to Dunham’s work are to put up a shrine or get out the voodoo doll.

“Not That Kind of Girl: A Young Woman Tells You What She’s ‘Learned,’” Dunham’s memoir-in-essays, which has just been published by Random House, is liable to stoke both the lovers and the haters. Even before it had a release date, the book was notorious: Dunham reportedly received an advance of $3.7 million, a figure that did not go over well in web precincts populated by commenters who saw Dunham as over-privileged and under-talented. J’accuse, shouted Dunham’s defenders in return. You are just jealous. You hate women.

It’s a relief then that Dunham herself is so reasonable. I don’t mean to say that “Not That Kind of Girl” is short on humiliating reveals: Dunham extensively details all manner of ill-fated sexual encounters and other bad decisions, devoting considerable attention to infections and other body horrors. But, as all the little humiliations pile up, as she announces anxieties both reasonable (she’s concerned about mortality) and unreasonable (she’s afraid, as a tween, to catch anorexia) and eerily prescient (she was wary of Ebola when she was 8), as sexual conquests reliably disappoint and pleasure proves elusive, you start to get the sense that what matters to her is the story, and then all those bad decisions no longer seem so bad.

The knock on Dunham — on any woman, really, who writes about herself, who is not afraid to confess, who insists on disclosure — is that she’s a self-absorbed narcissist, a TMI-er. And the thing is, yes, she does take herself as her great subject. But what of it? Writing about yourself, like playing yourself, is a lot harder than it looks: Sure, it seems like you (and your kid) could do it, but the sort of dedication it takes to chronicle your own life and make art of it is finally a talent not everyone has.

Dunham has it, and it begins not on the page but in the ruthless, single-minded pursuit of experience. Loosely inspired by Helen Gurley Brown’s “Having It All,” which Dunham analyzes in her introduction, “Not That Kind of Girl” takes to heart the notion that “it all” comes down to the fearless, even reckless, pursuit of the story that will, once the tears have dried, be sad and funny and teach the teller nothing and everything all at once.

Reading about Dunham’s romances, her friends, her family (to whom the book is partly dedicated), one can immediately see the through lines to “Girls” and trace the experiences that became plot lines. In an essay called “Barry,” in which Dunham recounts a sexual violation, she explicitly acknowledges the way the writers’ room operates by mining confessions — but one can also give her credit for the ways in which she has transformed the raw material of life into the polished arcs of the show she helms.

“Not That Kind of Girl” makes evident Dunham’s facility as a TV writer, a gift that occasionally interferes with the flow of her essays, which tend toward the episodic. That the pieces collected in the book consist, by and large, of sections and vignettes allows ample room for the charmingly childlike illustrations of Dunham’s childhood friend Joana Avillez. But the stop-and-start aspect of many of the pieces also helps to clarify why Dunham puts the “learned” of the subtitle in quotes. There is sometimes a kind of incoherence to the essays, a quality that works well in a television episode, but occasionally risks giving the reader motion sickness.

Still, there are lessons to be learned here. One is that if, by book’s end, Dunham’s revelations and her insistence on mentioning her vagina no longer seem shocking, it is in no small part because Dunham has made these revelations so insistently and so casually. Another is that I hope her father, the painter Carroll Dunham, writes his own memoir one day — he comes across as charming and smart and like the sort of guy who’d have lots of good lessons to impart.

Also: Love her, hate her, Lena Dunham likes herself. As well she should.

Lena Dunham’s Not That Kind of Author