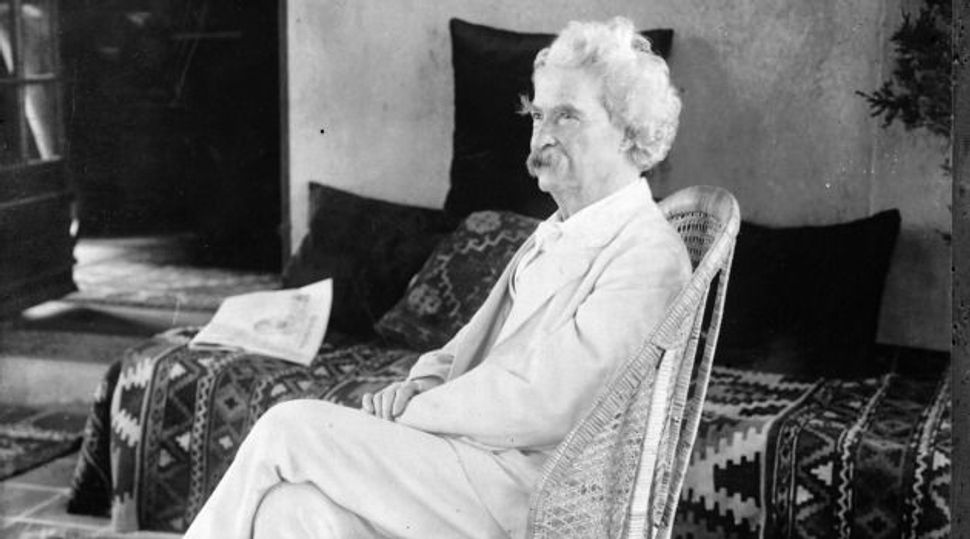 2. Mark Twain’s relationship with Jews in Missouri was complicated. The Levys were the only Jewish family in his hometown of Hannibal, Missouri. As a kid, Twain joined other kids in his community in hazing the Levy kids. Only later in life did he become something of a philo-Semite.

3. Bootlegger Max Greenberg was a prominent figure in Missouri’s underground during Prohibition.

4. Edward ‘Eddie’ Jacobson, the close friend of President Harry S. Truman who convinced him to back the founding of the State of Israel in 1948, moved to Kansas City, Missouri with his parents when he was twelve.

5. Missouri Jews helped Jews fleeing the Holocaust. In the 30s and 40s, it became progressively more difficult for Jews to flee Europe and gain entry into the United States. The Missouri Jewish community helped European Jewish refugees gain entrance and employment in the US.

6. All-star pitcher Kenny Holtzman — who played for the Chicago Cubs and the Oakland A’s — was born in St. Louis.

7. So was cartoonist Al Hirschfeld, who lived to the age of 99 and was best known for his caricatures of show business stars.

8. Forget Philadelphia. You can thank Missouri Jews for cream cheese — really. Founded in 1888 by Jewish Lithuanian immigrants as The Raskas Dairy Company, Raskas Foods was America’s first commercial manufacturer of cream cheese The small business began as a neighborhood milk delivery company in St. Louis, Missouri, and over the course of a century became a major US dairy provider.The Raskas family is still a prominent Orthodox St.