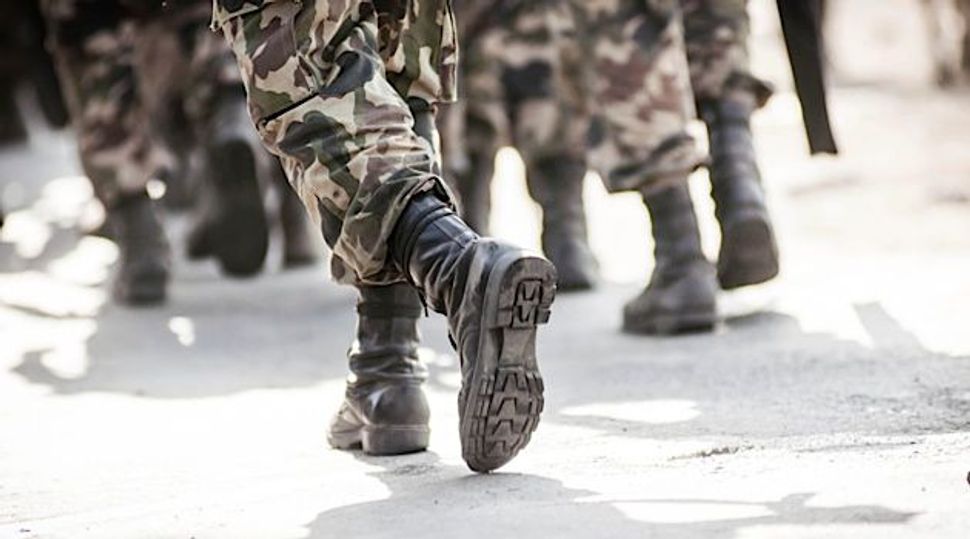 Serving in Silence: An estimated 15,500 transgender people are service members of the army. Image by getty images

Colonel Jennifer Natalya Pritzker is not much for the spotlight. Like the rest of her family, the massively wealthy Chicago-based real estate scions, she rarely gives interviews. But the 63-year-old, whose official title is Colonel (IL) Jennifer N. Pritzker IL ARNG (Ret), doesn’t have to say much for her mission to be clear. With an estimated net worth of $1.78 billion, she is throwing her resources behind a campaign to change the United States military policy that bans transgender people from becoming soldiers.

In 2013, Pritzker’s philanthropic organization, the Tawani Foundation, which supports service members and military education, issued a $1.35 million grant to the Palm Center, a University of California, Santa Barbara-based LGBT think tank. Using the influx of funding, the Center launched the Transgender Military Service Initiative, a project aimed at sponsoring research and encouraging public discussion on the topic. Thanks to the donation, the Palm Center will host 16 scholars investigating how the military could integrate trans individuals.

The Foundation’s scholarship, combined with Pritzker’s influence, has increased the visibility of the issue, a crucial step toward the repeal of the ban. While the military policy known as “Don’t Ask, Don’t Tell” was repealed three years ago, allowing lesbian, gay and bisexual members to serve openly, transgender people are still excluded — on medical grounds. A military regulation prohibits those with “psychosexual disorders” which, according to this policy, include cross-dressing and a history of gender transition, from serving in the armed forces. This is why funding for scholarship on the issue is particularly crucial, according to transgender rights activist and former U.S. Army officer Allyson Robinson. “In a fight like this one, that is about educating our senior military leaders to convince them to make policy changes, having solid and objective research is critical,” Robinson said, adding that Pritzker’s gift had been a “godsend” for the estimated 15,500 transgender individuals who serve in the military “in silence” — because the ban has kept them from coming out.

This year, the Palm Center has already released two reports about transgender military service: The first found that there was no medical rationale for the ban; the second outlined policy changes that could be effected to integrate transgender service members.

Just weeks after the donation, Tawani released a statement to its employees announcing Pritzker’s formal name change from James to Jennifer, making her the first openly transgender billionaire. “This change will reflect the beliefs of her true identity that she has held privately and will now share publicly,” the statement reads. “Pritzker now identifies herself as a woman for all business and personal undertakings.”

The announcement did not come as a shock to many of Pritzker’s closest friends, according to a profile in the Chicago Tribune. Pritzker, who is divorced and has three children, had occasionally appeared at society events with tokens of her female identity present, a headband or long earrings topping off her military-decorated black tuxedo. In a profile of Pritzker in the Chicago Tribune, Elizabeth Tisdahl, mayor of Evanston, Illinois, noted that in meetings, Pritzker had quietly asserted her name as Jennifer weeks before the announcement.

This is just one of several philanthropic pet causes that stem from Pritzker’s time leading an Army unit in Alaska. In 2003, for example, she founded the Pritzker Military Museum & Library, a nonpartisan research institute that houses some 70,000 books, periodicals, artifacts and works of art. Pritzker’s Tawani Foundation has also donated generously to Norwich University in Vermont, the first school to launch a Naval Reserve Officers’ Training Corps program, funding merit awards and the William E. Colby Military Writers’ Award.

Her charitable activity is in keeping with family tradition. The Pritzkers are avid supporters of philanthropic causes, particularly in education and the arts. Pritzker’s great-grandfather, Nicholas, was a Jewish immigrant from Ukraine who came to Chicago with his parents in the late 1800s. He ran a law firm with his sons Harry and Abraham Nicholas (known as A.N.). A.N.’s sons Jay and Robert, Jennifer’s father, became investors and in 1957 created the Hyatt hotel chain. Today, the Pritzkers are one of the wealthiest families in America, with holdings in Caribbean cruise lines and a smattering of lucrative, high-profile real estate holdings.

Until 2001, Pritzker’s personal share in the family fortune was relatively modest. But in the decade that followed, the Pritzker Group, an investment firm led by her cousins J.B. and Tony Pritzker sold many of their businesses or took them public, radically increasing each of the family members’ personal wealth. With her share of the fortune, Col. Pritzker began buying up Chicago-area residential buildings and investing in their restoration.

Pritzker’s allegiance to the military has also led her to donate to various Republican campaigns, both locally and nationally. She supported Senator John McCain and former governor Mitt Romney in their presidential bids, as well as prominent Illinois politicians Judy Barr Topinka and Bill Brady.

And this nexus of political influence and interest is where things get interesting for trans rights activists, who see Pritzer’s involvement in a military inclusivity campaign as a turning point for the movement. Though not everyone agrees with the sudden focus on eligibility for service as a priority — as trans author Mattilda Bernstein Sycamore said to Truth Out, “You put a rainbow flag on a bomb, it’s still a bomb” — it’s certain that having the weight of Pritzker’s money and connections behind the cause has the potential to effect change quickly and dramatically.

Allyson Robinson points out that Pritzker’s visibility as a transgender officer could sway the minds of those in charge of military policy at the Pentagon. “I think that having people that you can look to, who are an example of honorable service, like Colonel Pritzker and others, reminds people like [Secretary of Defense Chuck] Hagel not only that we’re there but that we’ve been there all along,” Robinson said. “And it makes a big difference for the transgender people who’ve been serving in silence to see that there are people who are speaking for them, and who care about their service.”

Margaret Eby is an associate editor at Brooklyn Magazine.