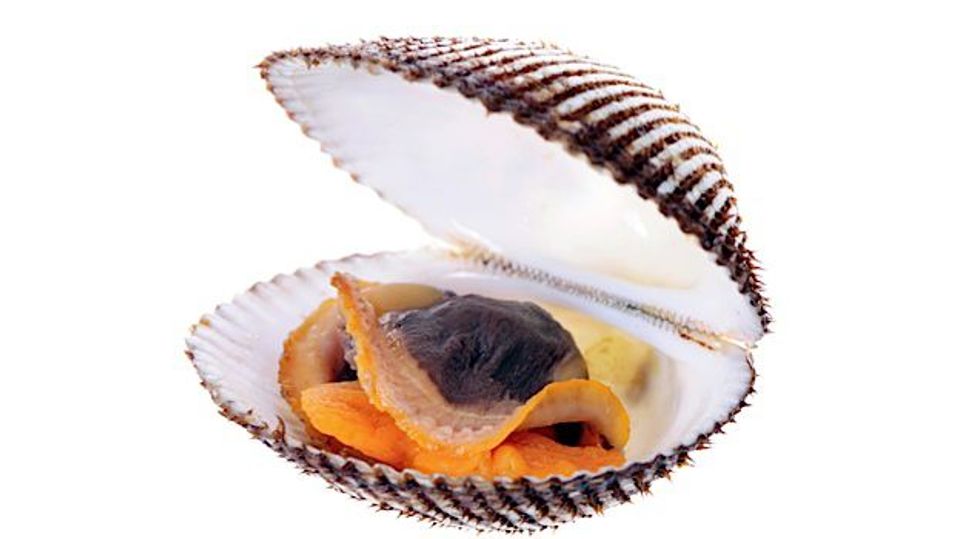 One of the most appealing things about my line of work is that, now and again, I have the opportunity to revisit something I’ve read, written or talked about. The other day, an invitation from the department of Judaic studies at the University of Cincinnati to deliver a public lecture about food provided me with the chance to do just that: to take another look at the sources and to rethink the implications of one of the better-known meals in Jewish history. No, I am not referring to the Last Supper, but to the so-called “trefa banquet,” which took place in Cincinnati in July 1883 to celebrate the ordination of America’s very first class of Reform rabbis.

Well before foodies had their day in the sun, much ink was spilled over its bill of fare. Celebrants barely had time to digest their dinner before its contents became public knowledge, generating the verbal equivalent of fisticuffs. This banquet, it was said at the time, was an “outrage,” an “indignity,” “a piece of audacious effrontery,” “vexatious,” and, in the cruelest cut of all, even “un-American.”

What occasioned such fighting words was the menu, a mere 4.5 inches of badly written French. Never before and probably not since has a printed menu kicked up such a fuss. From little neck clams on the half shell and frogs’ legs swimming in cream sauce to a surfeit of dishes that freely mixed meat and milk, nothing about it was kosher. To the traditionalists within the American Jewish community who had travelled to Cincinnati in a show of solidarity, this was an unpardonable affront, the culinary equivalent of a slap in the face, a deliberate dethroning of Mosaic law.

Others construed the display of non-kosher delicacies at a Jewish communal event more as a faux pas, a breach in etiquette, than as a religious rebuke. “If it would be wanting in breeding and hospitality for a host to place before a guest such viands he knows are disliked, how much greater then the insult for Jews to offer to Jews, to ministers, a banquet… where articles of food positively forbidden were at the table,” declared one observer who styled himself “Old Fogy.”

As harsh words thickened the air, Rabbi Isaac Mayer Wise, who had convened the shindig, was called on to explain what he knew and when he knew it. In response, he first temporized, blaming the whole thing on the caterer, Gustav Lindemann. The caterer’s marching orders were to prepare a kosher meal, Rabbi Wise related, adding quickly, “We don’t know why he diversified his menu with multipeds and bivalves,” a highfalutin reference, if ever there was one, to clams, “soft shell crabs a l’Amerique” and “salade of shrimp.”

Rabbi Wise then went on to address the thorny issue of etiquette, turning it on its head. “Some of these folks what [sic] cry gevalt must have queer ideas of derekh eretz [good manners],” he noted sharply, before going on to suggest that what really troubled them was the presence of crabs instead of gefilte fish.

After parrying a bit more, the increasingly embattled rabbi then unleashed all of his oratorical powers in defense of the non-kosher spread, broadly hinting that it was no accident, but a matter of principle. “Nobody has appointed those very orthodox overseers of the kitchen or taskmasters of the stomach,” he wrote, deploying rather heated language to make his case. “It is about time to stop that noise over the culinary department of Judaism. The American Hebrew’s religion centers not in kitchen and stomach.” By his lights, Judaism was more a matter of conscience than cuisine.

Some have argued that the food served that summer night in July was an innocent gesture, a reflection of what growing numbers of late 19th-century American Jews, not the most culturally literate of communities, understood to be kosher: After all, pork, the hallmark of an elegant repast, was nowhere in evidence. Others, rising to Rabbi Wise’s defense, maintain that the only sin the father of “minhag America” committed was to have delegated the details of the dinner to a lay committee whose idea of a good meal owed everything to Escoffier rather than Moses. Still others argue that the rabbi, a micromanager par excellence, knew exactly what he was doing in designing a menu that signaled a dramatic break with tradition.

I don’t suppose we’ll ever get to the truth of the matter, which to my mind has all the earmarks of a whodunit, but it’s certainly not for want of trying. Even now, more than 100 years later, the composition of the menu, much less the intent behind it, retains its hold on the American Jewish imagination. You can see for yourself what all the fuss was about by visiting the glorious American Jewish Archives, where the dainty, be-feathered menu enjoys pride of place and is frequently requested.

What struck me, as well as the many colleagues whose linguistic and gastronomic expertise I gratefully enlisted as I parsed the menu anew, was not its bungled use of French, the absence of pork, or the side dishes laced with butter and milk. What jumped out was the steady succession of courses, the parade of dishes, the staging of abundance. Disgruntled contemporaries might have spoken in terms of the “unrabbinical” and the “anti-Mosaic” show of foodstuffs, but their dismay, I suspect, had more to do with the dinner’s unbridled, unfettered display of bounty and its endorsement, or certification, of appetite.

Placing the body, the self, at the heart of things, the “trefa banquet” touted the virtues of excess and abandon, values that ran counter to kashrut, the ultimate exercise in mindfulness and discipline, as well as an expression of covenant, of belief in the primacy of the collective. It is this brand new sensibility, this novel way of being happily in the world, of embracing its pleasures rather than holding them at arm’s length, that I’ve come to see as the defiant gesture, the sting, of the evening.

Surely, it is no coincidence that the menu was widely circulated. For one thing, it appeared in the local Cincinnati papers; for another, it was distributed at the event itself, where it was meant to be a takeaway, a souvenir, a memento. In both iterations, the menu was a source of pride and perhaps, just perhaps, even a manifesto.