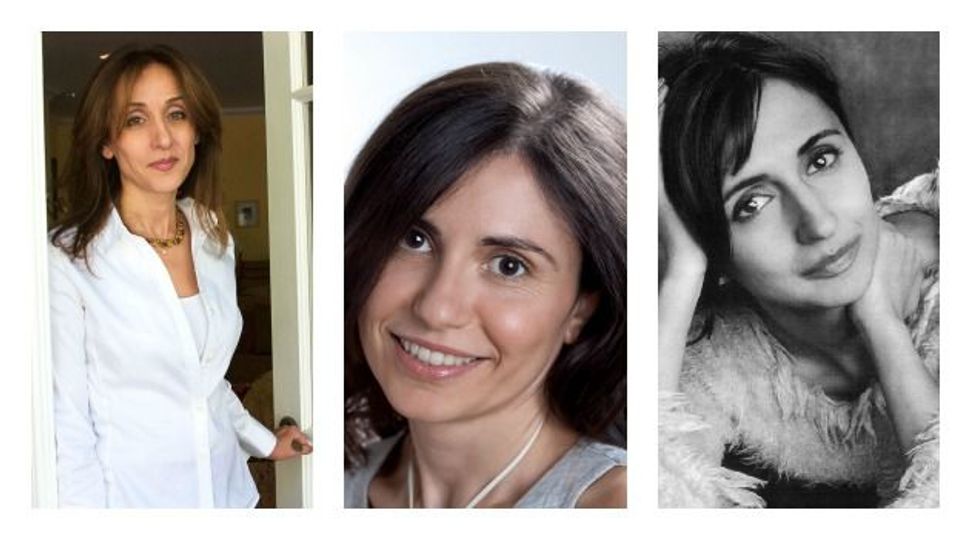 The Jews of Iran: The History, Religion and Culture of a Community in the Islamic World
Edited by Houman Sarshar
I.B. Tauris, 264 pages, $99

Of the 80,000 or so Jews still living in Iran when the 1979 Islamic revolution occurred, the vast majority have fled, leaving a community of about 20,000 to 25,000, according to a U.S. Department of State estimate in 2009. Despite the propaganda emanating from Iran, it is undeniable that at least 13 Jews have been executed there since the Islamic revolution, supposedly for being connected to Israel or for helping fellow Jews emigrate. In this tragic context, it is fitting that one of the strongest chapters of “The Jews of Iran,” which focuses on Jewish Iranian women’s memoirs, reminds us that for such reminiscences to be written, survival is a prerequisite.

In one of this collection’s essays, Jaleh Pirnazar, who teaches in the department of Near Eastern studies at the University of California, Berkeley, discusses the legacy of Jewish Iranian political activist Edna Sabet. In 1982, Sabet was arrested and tortured; the following year, she was executed. Despite eyewitness accounts and reports by international human rights organizations, Pirnazar writes, “Prison officials and government authorities claim no knowledge of this case, and they continue to cover up this crime… Edna’s story, and perhaps those of other Jewish political activists [in Iran], thus remains untold and shrouded in silence.”

Due to state-suppressed evidence, no memoirs survive about Edna Sabet and no fictional tributes are possible: “Her voice was thus forever silenced and her memory almost faded,” as Pirnazar puts it. The memoirs and fiction of those who did survive are highly important to our understanding of the Jewish Iranian experience. In Farideh Goldin’s 2004 “Wedding Song: Memoirs of an Iranian Jewish Woman,” Goldin describes the mahalleh, or Jewish neighborhood, in the city of Shiraz in southwest Iran. There, Jews spoke Judeo-Persian, which was distinct from the languages heard in Jewish areas of other Iranian cities. In the cloistered world of the Jewish quarter, Goldin and other youngsters were taught that “evil lurked outside the gates of the mahalleh. Genteel-looking grandfathers enticed young children with drug-covered candy and kidnapped them to slavery. Nice old ladies, covered modestly in chadors, asked for directions and made the children disappear.” Even though no actual gates existed separating the Jewish dwellings from their Muslim neighbors, in Goldin’s recollection the separation was real and decisive.

In her interactions with Muslim second-grade girls, Goldin emphasizes her sense of otherness: “I assumed that they worried that my touch would defile them. I was afraid to ask for a piece of bread or a glass of tea. What if the food wasn’t kosher? What if they poisoned it to kill me? Would they allow me to touch their utensils anyway? They surely feared that I would make them najes [ritually impure].” Despite these tensions, Goldin encountered strong opposition from her family when she announced her plans to study at an American university.

Roya Hakakian’s “Journey from the Land of No: A Girlhood Caught in Revolutionary Iran” (2004) recounts a more educated cosmopolitan upbringing in Tehran, Iran’s capital. Despite her family’s economic advantages compared to the family of Goldin, Hakakian nonetheless states of her school years: “On rainy days my father was told to stay home lest a splash off his body sully a Muslim classmate.” Only when his family complained to a superintendent during a rainy spell that he was missing too many classes due to this anti-Semitic rule, was the boy permitted to attend in all weather. Echoing this experience, immediately after the 1979 revolution, graffiti of swastikas and the message “Kikes get lost” appeared with the new wave of Islamic fundamentalism. After being required to use separate toilets and drinking fountains, in addition to other racist laws, Hakakian’s family escaped in 1984.

In another telling chapter in “The Jews of Iran,” Nasrin Rahimieh, professor of comparative literature at the University of California, Irvine, asserts that fiction too can be a form of “bearing witness to the collective history of Jewish Iranians.” Rahimieh points to the prolific author Gina B. Nahai, whose romantic “Cry of the Peacock” (1991)3 describes the destinies of Iranian Jewish women over centuries, including that of an 18th-century soothsayer named Esther: “She was a Jew, born of a mother who had worked and died in the service of the Sheikh’s family, inherited by him and doomed to spend her youth and desire as a slave without a face, until she was too old to work and they sent her back to die in the ghetto.” Nahai’s highly colored prose infused with exoticism makes explicit the racism that Iranian Jews have long confronted:

The Jews, as anywhere else in Persia, were considered impure and untouchable. They were not allowed to live and work outside their ghetto, to plant their own food or drink from public waters. The men wore red or yellow patches on their clothes, the women covered their faces with thicker veils than those reserved for Muslims. Anything a Jew touched became soiled forever. If accused of a crime, a Jew could not testify in his own defense. He could not even step out of the ghetto on a rainy day for fear that the rain may wash the impurity off his body and onto a Muslim’s.

Just as Nahai’s protagonists long to elude this enduring national paranoia about splashing water, so Dalia Sofer’s “The Septembers of Shiraz” (2008) underlines the necessity of escape. In Sofer’s novel, set in Tehran in 1981, Isaac Amin, a merchant in precious stones, is arrested and tortured by interrogators who demand: “Admit you’re a Zionist spy! Admit it, you bastard, admit you’re a spy!” Sofer’s acknowledgments for the novel include thanks to her own father for providing “painful details of imprisonment.” Sofer also expresses some of the familial nostalgia of one of her declared literary influences, the Italian Jewish writer Giorgio Bassani’s “The Garden of the Finzi-Continis.” As Rahimieh eloquently argues, Nahai and Sofer’s decision to create fiction inspired by the sufferings of their fellow Jews results in “alternative histories that signal the path to what is to come.” These authors, and others like them, rather than merely mourning the past, have set the groundwork for a cultural future.