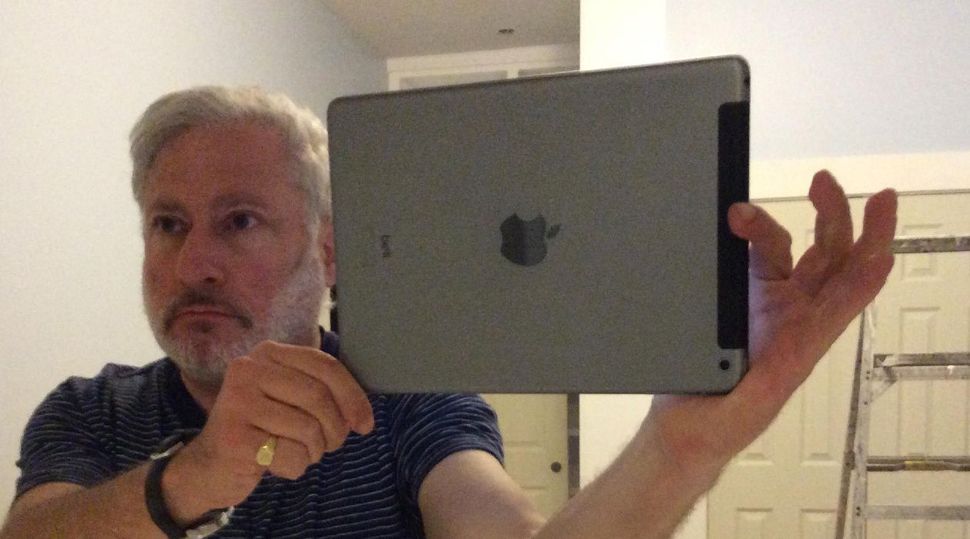 Andrew Patner, the Chicago arts maven who died at age 55 on February 3, looked to Jewish elders for inspiration about what culture can signify. His “I. F. Stone: A Portrait” (1988) featured a sustained interview with the radical journalist born Isidor Feinstein in Philadelphia, ranging from current politics to ancient Greek civilization. Patner was also a devotee of Studs Terkel (1912–2008), who was born to a Russian Jewish family in New York. Like Terkel, Patner was an enthusiast seemingly gripped by everything in life, constantly turning to new interests, and expressing this gusto via radio broadcasts on WFMT. Also a familiar by-line at the Chicago Sun-Times, Patner was passionate about the social impact of the arts, much like his mentors Stone and Terkel. As was another elder admired by Patner, Rabbi Arnold Jacob Wolf (1924-2008) of the Reform congregation Temple K. A. M. Isaiah Israel.

This predilection may well have been due to the influence of Patner’s father, the public-interest lawyer Marshall Patner (1931-2000). Mentioned in Irving Cutler’s “The Jews of Chicago: From Shtetl to Suburb,”, the elder Patner was praised by the “Chicago Tribune” for his “altruistic” battling of segregation in the U. S. Supreme Court case Gregory v. Chicago, (1969). His son Andrew was only a boy when Marshall Patner defended the comedian Dick Gregory’s right to lead a peaceful public protest against racist segregation in Chicago, but the hoopla must have made an impact. Although he attended law school without graduating, Patner would follow in his father’s footsteps by co-presenting a 2007 conference at the University of Chicago Law School on race, police accountability, and public housing on the South Side of Chicago.

The arts world was not immune from influences from the rest of human experience. Patner was reminded of this when his roommate, a friend since childhood, fell ill with AIDS. As the Sun-Times’ Neil Steinberg reports, Patner “cared for him so diligently that he lost his job [as staff reporter] at the Wall Street Journal. He got on fine without them.” In a 1990 “Sun-Times” column later posted on his blog, Steinberg added Patner’s statement that in addition to his “good friend dying horribly, his office [was] persecuting him.”

Patner penned a 1997 tribute in POZ magazine, for people living with and affected by HIV/AIDS, to Lori Cannon, cofounder of Open Hand Chicago, a meals-on-wheels organization for HIV patients. As a contributor to “The Forward,” Patner’s beat was high culture, analysing the friendship of Arnold Schoenberg and Wassily Kandinsky and the Austrian Jewish painter Georg Chaimowicz..

Patner relished the world of art for art’s sake, as in his recent high-flown on-air chats with such cultural personalities as the American Jewish poet Peter Cole, author of “The Dream of the Poem: Hebrew Poetry from Muslim and Christian Spain 950-1492” and the poetry collection “The Invention of Influence,” about Victor Tausk, a disciple of Sigmund Freud.

This sometimes-blithe overview of the arts scene was akin to graceful caricatures of his long-time partner, the Chicago graphic artist Tom Bachtell. Yet Patner could also be a rigorous advocate of probity and sticking to the facts, possibly a legacy of the legal studies he initiated but never completed. In a punctilious letter to the New York Review of Books in 2002,, he corrected numerous misstatements in an article by Amos Elon about the Jewish Museum Berlin, adding a note of personal dismay at the fact that the museum had hired two Zealanders, neither of whom was “trained as a historian of Germany or Jewry, nor does either of them even speak German.” Patner’s expertise on arts in a social context was expressed when he edited “Alternative Futures: Challenging Designs for Arts Philanthropy”(1994).

Only a few days ago Patner chided colleagues at the public radio station WBEZ 91.5 Chicago for using raw language on air. A comparable moral tone intruded into his evaluation of the pianist Tzimon Barto (born John Barto Smith) in a 2011 Washington Post interview: “He’s not a person of any real quality…[Barto is] a banger, a kind of introverted banger. He doesn’t listen.” The reverse could obviously be said of Patner: he listened and he was a person of quality. This we may perceive from the comments of the Italian conductor Riccardo Muti, music director of the Chicago Symphony Orchestra, on hearing the news of Patner’s death: “I had enormous respect for [Patner] as a man of great culture and deep humanity. We had a sincere friendship and his death is a tragic loss to the cultural life of Chicago.”