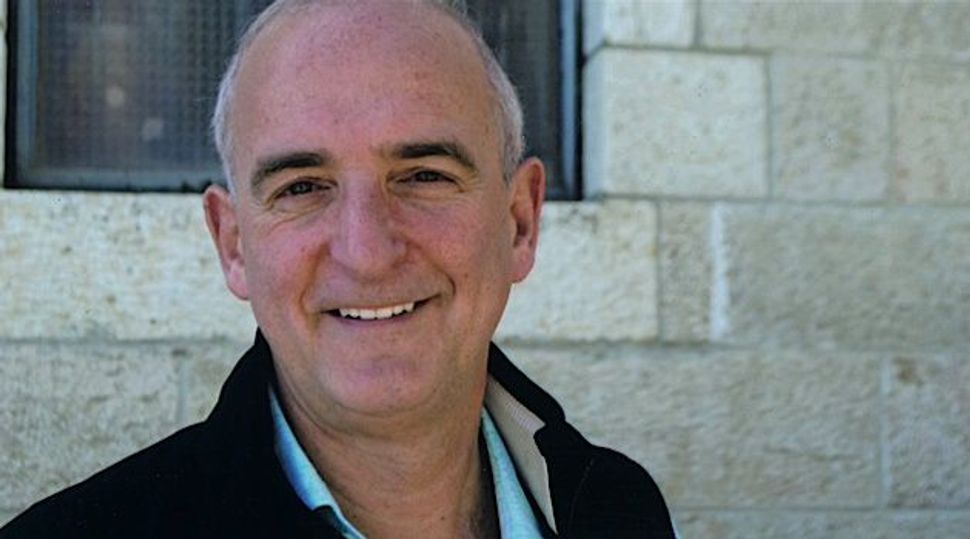 Inner Tranquility: Roger Cohen writes that he grew into a “liberal Zionist.” Image by Rebecca Ring

“The journalist moves in the opposite direction from the crowd, toward danger, often leaving the settled majority perplexed,” writes Roger Cohen in the opening pages of his deeply penetrating memoir about his mother. Cohen, a London-based New York Times columnist, is a former reporter, bureau chief, and foreign editor for the paper.

While many Ashkenazi families have traveled over a multitude of landscapes, Cohen’s family is unusual for the breadth of its travels. From Lithuania to South Africa, Great Britain, Israel and the U.S., the Cohens have indeed been wandering Jews. Theirs is a story of both separation and belonging, as well as the tragic sense of personal displacement personified by his mother, June Cohen, the titular ‘girl’ in this memoir. Her move from Krugersdorp, a small town near Johannesburg, to London upset her equilibrium, tore her from her parents, and, Cohen believes, contributed to the mental illness with which she struggled throughout her life.

June Cohen is at the core of this book — the girl from Human Street, the name of the street where she was born into comfort in an area heavily populated with Jews who thrived during the World War II era. Roger Cohen’s parents met in Johannesburg. June Cohen, a magistrate, and Sydney Cohen, a physician, left an extensive family network along with the horrors of apartheid, to move to London in the mid-1950s, eventually settling in North London.

In 1958, Cohen’s mother was admitted to a sanitarium, where she underwent electroshock treatment for post-partum depression. She was later diagnosed with manic depression. But only 50 years later did he discover why she had seemed so absent. As he began to put the pieces together, he found strains of mental illness throughout his mother’s family. But regardless of the family history, Cohen’s belief is that his mother’s illness was triggered by her intense feelings of uprootedness and loneliness. She died of cancer at age 69 in 1999. 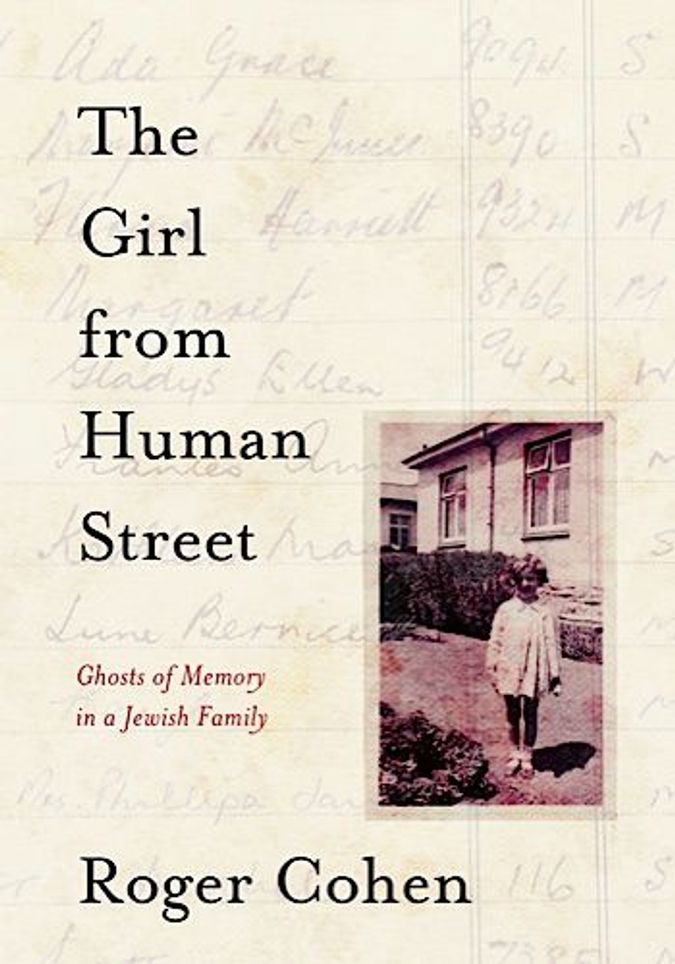 But the “The Girl From Human Street,” which tells its story with heartfelt resonance, is not about science. Rather, it is about love. In trying to uncover his family’s history that had been hidden, Cohen captures an image of his mother that will both allow her soul to rest in peace and her son to feel at peace.

After uncovering the painful history of his parents — his father remained steadfastly beside his anguished wife but also took a lover on the side — Cohen, a reporter, uses his research and writing skills to tell a tale not only of wandering, dislocation and searching for a homeland, but also one that appears to have brought him inner tranquility.

Cohen’s search for home extends to the issue of Jewish identity itself. “I am not a religious Jew — I scarcely practice Judaism; but nor, I discovered, is Jewishness something you choose,” he writes. “Acceptance, or not, of the authority of the rabbis is immaterial. Jewishness is chosen for you — history demonstrates that.”

Sent by his parents to a British prep school, where he, along with the few other Jewish students, he nurtured a feeling of being an outsider. In college, he was drawn to Israel; he developed a commitment to and engagement with the country that continues to this day. In his journalism, Cohen has taken his outsider identity, his longing for a Jewish wholeness and his personal experience to craft for himself a sort of internal home or feeling of contentment.

“Over many journeys through Israel, Gaza, and the West Bank, I have grown into a liberal Zionist, that dwindling breed,” he proclaims just a few pages before the memoir ends. He is a Zionist precisely because of his personal history and that of the Jewish people from the last century into the present.

Cohen ends his book with reports from Israel about his family members there. Having seen apartheid up close, Cohen emphatically rejects the claims by the international boycott, divestment and sanction movement that Israel is an apartheid state. But, social justice has become a core aspect of Roger Cohen’s Jewish identity, and he will not allow Israel’s fate to remain ensconced in the current stalemate that maintains a status quo. Just as he has tried to find inner peace by writing this book, perhaps it is fitting that in the last line of the memoir, he states his wish that Israel and the Palestinians together find peace.

Jo-Ann Mort writes frequently about Israel and is a member of the editorial board of Dissent magazine.