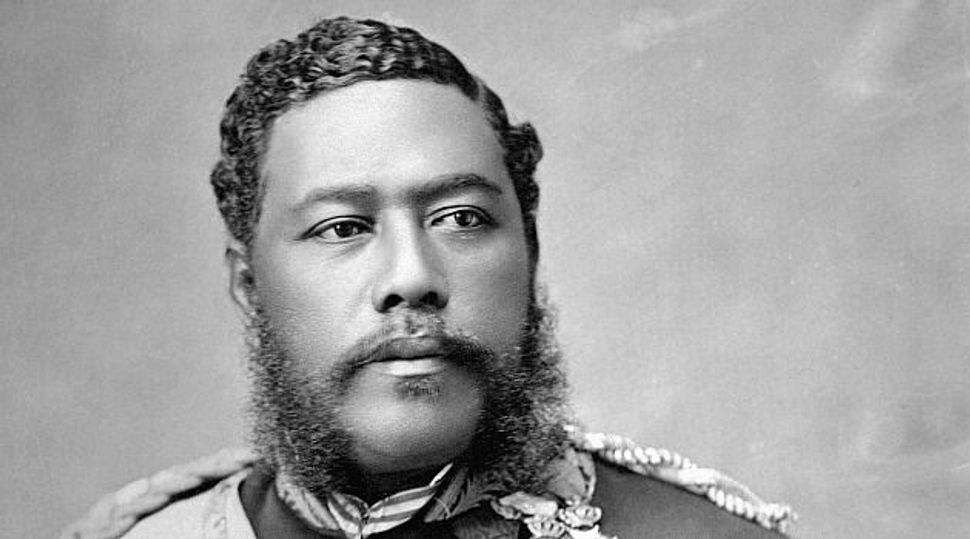 2) One of the earliest documented appearances of a Jew in the Hawaiian islands occurred in 1798, when a sailor named Ebenezer Townsend, Jr. recorded that the Hawaiian king came aboard a whaling ship with a cook belonging to the Mosaic faith.

3) Jewish merchants from England and Germany later arrived in the Pacific to supply goods to Hawaiian sugar and coffee plantations.

4) In the late 1880s, a man named Elias Abraham Rosenberg ingratiated himself with the Hawaiian King David Kalakaua. A soothsayer, Rosenberg providing readings, biblical teachings and Hebrew tutoring. When political unrest erupted in the islands in 1887, Rosenberg departed, leaving a Torah and a yad, or pointer topped with a crown, for safekeeping. Royal descendants later gifted the “Kalakaua Torah Scroll” and yad to Honolulu’s Jewish community. Today, both ritual items remain at the city’s Temple Emanu-El.

5) The first official Jewish community, the Hebrew Congregation of Hawaii, formed in 1901. Seventy-four years later, the Aloha Jewish Chapel, a synagogue for military and ex-military personnel, was built at Pearl Harbor. 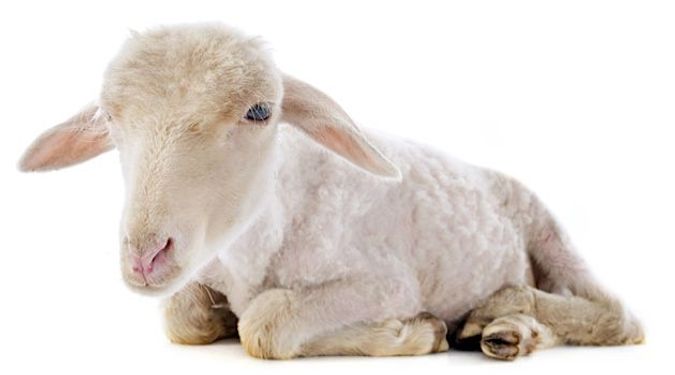 Lamb Mitzvah: A Jewish resident of Kauai fulfilled a rare biblical mitzvah called pidyon peter chamor, which requires redeeming a first-born donkey by giving a lamb to a cohen. Image by Thinkstock

6) Though many of the islands’ members of the tribe are unaffiliated, one Jewish resident of Kauai fulfilled a rare biblical mitzvah called pidyon peter chamor, which requires redeeming a first-born donkey by giving a lamb to a cohen.

7) Maui’s most veteran rabbi-in-residence, David Glickman, is a Los Angeles native who served in the IDF’s Golani brigade. He first arrived in the Pacific islands to research humpback whales.

8) Hawaii’s first female governor was also its first Jewish governor. Republican Linda Lingle served in office as the state’s sixth governor from 2002 to 2010.

10) One of the islands’ most beloved ukulele performers was named for the Jewish state. The late great Israel “Iz” Kamakawiwo’ole is now a YouTube sensation with more than 150 million views.

11) Sen. Brian Schatz was appointed after the death of Daniel Inouye, and won a special election in 2014 to serve out the remainder of Inouye’s term.