Catching Gefilte Fish in the Wild 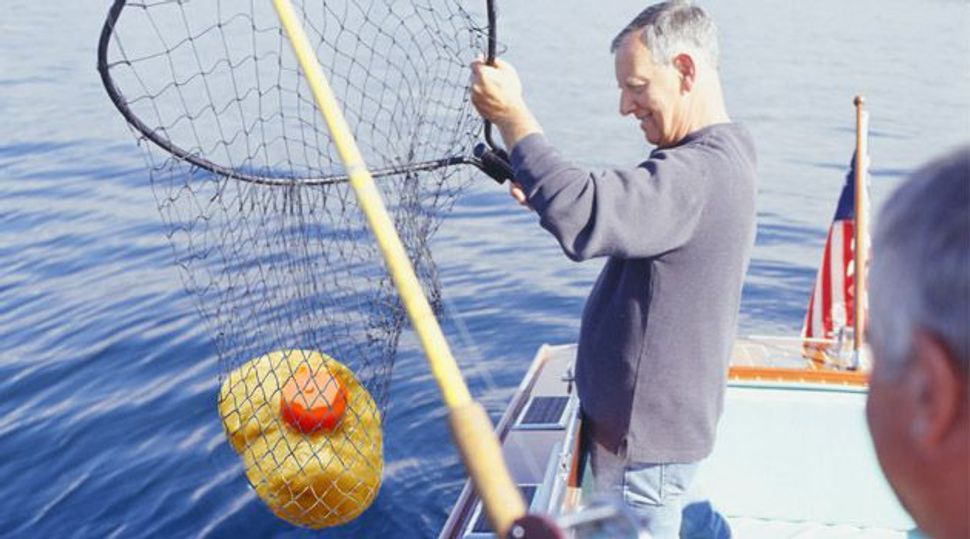 Sustainable Fishing: Wild-caught gefiltefish off the coast of Maine Image by Anya Ulinich

Q: For years, I’ve served nothing but wild-caught gefilte fish at my Seder. But it’s gotten so expensive! This year I’m considering serving farm-raised gefilte fish, even though I know it’s not as healthy as wild-caught. Is it safe for me to do so?

A.: Generally speaking, yes. Farming practices have improved greatly since the early 1990s, when many farm-raised fish were crowded into small enclosures and fed sugary, fat-laden diets.

“We’ve learned a lot in the past 20 years,” said Amanda Wein of Gefilte Farms in Fair Lawn, New Jersey. “We feed them fewer antibiotics and more matzo. The fish are both dense and delicate, which is part of their appeal. They’re slow-moving and surprisingly affectionate — I have a pet one, Anton, in a bowl at home — but they’re also easily stressed. And when they’re stressed, they tend to fall apart.”

To counter the stressors — and to bolster the fishes’ nutritional value — Wein provides them with an enriched environment. The fish are kept in large tanks lined with classic books. “It turns out a well-read gefilte just tastes better,” says Wein. Her story pans out, according to Dr. Elliot Lister of Brigham Hospital in Boston. Farmed gefilte fish is a nutritionally good choice, with negligible differences in health benefits when compared to wild fish.

“Look,” said Lister, “It’s hard enough to get people to eat gefilte fish. So I tell my patients to just try it. Wild, farmed, doesn’t matter — just try it. At the end of the day, it’s your health. It wouldn’t kill you to try it.”

Catching Gefilte Fish in the Wild