Delving Into the FBI’s Jewish Files 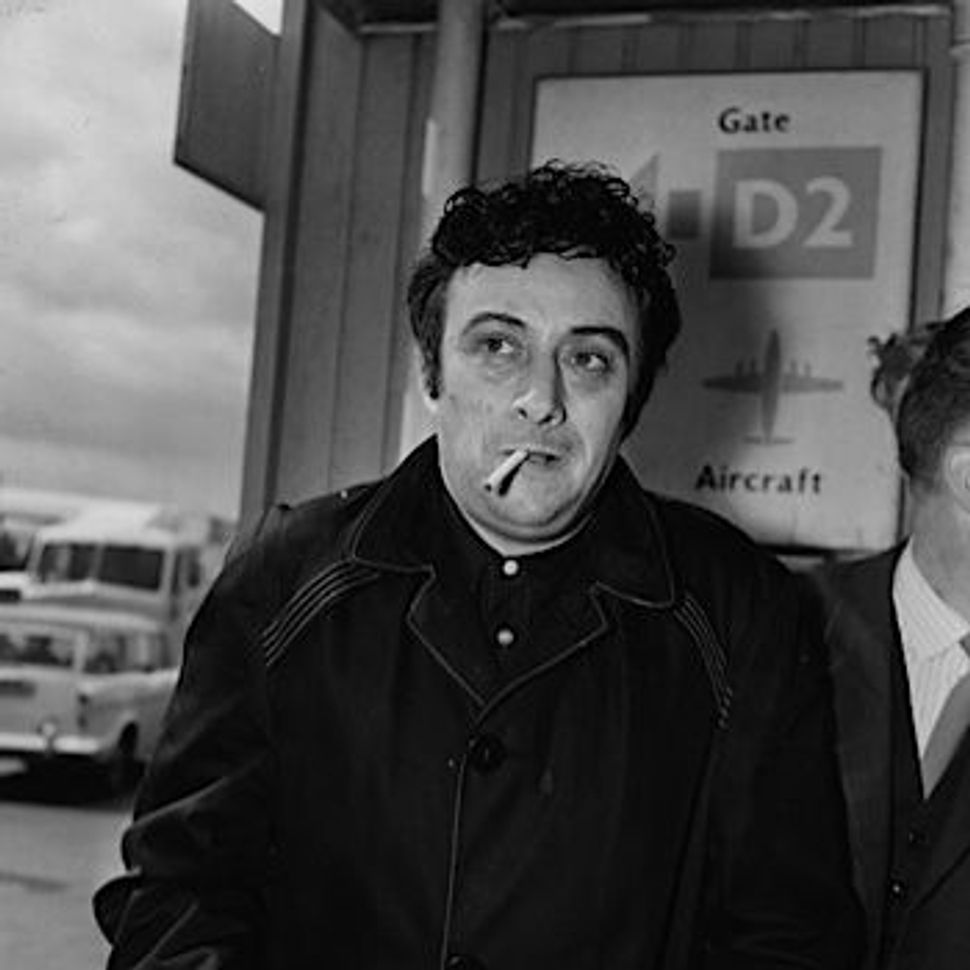 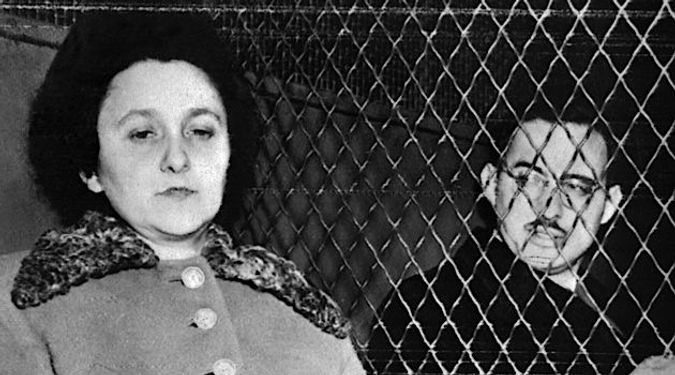 Sentenced to Death: Ethel and Julius Rosenberg in a police van shortly before their execution. Image by Getty Images

The Federal Bureau of Investigation arranges its online Freedom of Information Act archive by name, organization and topic. Or, to put that another way, from “Al Capone” to “Walter Elias Disney,” “ACLU” to “Zionist Organization of America” and “Animal Mutilation” to “White Supremacist Groups.”

There is no catchall file for “Jews” in the archive, which is surely a good thing. But comb through The Vault, as it is dubbed, and you’ll find a vivid and eclectic sliver of American Jewish history. And that is exactly what I recently did in honor of Sunshine Week, March 15–21, the “annual nationwide celebration of access to public information” established by the American Society of News Editors in 2005.

Scrolling through thousands of pages of grainy, black-and-white documents might not sound very exciting. But the experience was a bit like roaming through a cocktail party attended by Albert Einstein, Bugsy Siegel, Lenny Bruce, Leonard Bernstein, and J. Edgar Hoover, the bureau’s director from 1935 to his death, in 1972.

A brief disclaimer greets visitors when they arrive at vault.fbi.gov: “Please note, the content of the files in the Vault encompasses all time periods of Bureau history and do not always reflect the current views, policies, and priorities of the FBI.”

Allow me to add a few more. First, many of the “6,700 documents and other media” in this library are too blurry, shoddily copied, scrawled over with handwriting or intentionally blacked out to be of much use. Most of the 206 pages in Groucho Marx’s file — which deals primarily with his conviction in 1937 for copyright infringement, after the Marxes aired a radio script without paying its authors — are illegible, except for some large-font headlines from news clippings: “Two Marxes Indicted Under Copyright Law,” “Glum Groucho & Chico Marx Await Sentence in Theft of Radio Skit,” “Marx Bros. Fined, Escape Jail Term.” 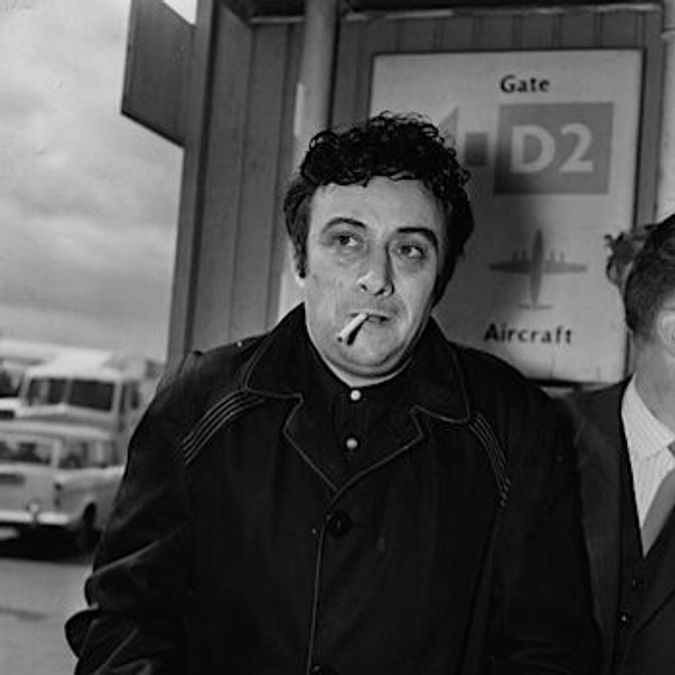 Furthermore, files are often presented (“dumped” might be a better word) without any context. Lenny Bruce’s 14-page file has no introduction. Nor do the files for screenwriter Lillian Hellman, German playwright and poet Bertolt Brecht or entertainer Eddie Cantor (born Edward Israel Iskowitz), whose file includes an illustrated instruction packet called “How to Make [a] Quack Quack Like Eddie Cantor.” Sometimes, when context is offered, it carries a whiff of institutional self-defense, as in the case of the late journalist Daniel Schorr, subject of a secretive inquiry by the Nixon administration in 1971. “The special inquiry investigation ended as soon as the Bureau realized that it had been requested for political reasons,” the Vault introduction reads. Okay then.

Finally, the FBI archives could use a sharp-eyed and energetic annotator to help readers make sense of the acronyms, jargon and historical references that fill its pages. There are no notes in the file of activist/academic/author Howard Zinn explaining what “DetCom” stands for (it’s an abbreviation for “detention of communists,” apparently) or the significance of the 1940 Smith Act (a statute to criminalize advocating for the overthrow of the government that was used to prosecute communists and socialists), which he publicly criticized.

All that said, the hours of scrolling, squinting and occasional head-scratching, are not without their rewards. In the Vault, you’ll find J. Edgar Hoover’s 1943 correspondence with the editor and publisher of The American Hebrew magazine, in which Hoover cast his vote for Irving Berlin, the songwriter behind “This is The Army” and “God Bless America,” to win that year’s American Hebrew Medal, “for the promotion of better understanding between Christian and Jew in America.” You’ll also find a 1969 internal memo on Norman Mailer’s book Miami and the Siege of Chicago that flags and summarizes all references to the FBI in the text, including one on page 214, where, the memo’s author notes, “With reference to the ‘establishment,’ Mailer classified its members as ‘all the bad cops, U.S. marshals, generals, corporation executives, high government bureaucrats, rednecks, insane Black militants, half crazy provocateurs, Right-wing faggots, Right-wing high-strung geniuses, J. Edgar Hoover, and the worst of the rich surrounding every seat of Establishment in America.’” The subsequent “Book Review” section of the memo notes that the book is “written in his usual obscene and bitter style.”

Other sections offer a course in “Jewish Gangsters 101.” A lengthy 1946 memo offers background on Benjamin “Bugsy” Siegel,” who is “supposed to personally have killed at least thirty different individuals” and is “referred to by underworld informants of this office as the man in control of the Western States.” A 1969 Wall Street Journal clipping in Meyer Lansky’s file estimates the mobster’s fortune at $300 million and anonymously quotes a federal agent, who, “with grudging admiration,” told the reporter, “If Meyer Lansky had gone into legitimate business instead of into the mob back in the 1930s, he’d be the chairman of the board of General Motors today.”

Flip to another file and you’re swept into a new era, with new fears and investigative priorities. The file for Youth International Party (YIP) founder Abbot “Abbie” Hoffman serves as a reminder of how much paper an agency can produce when it seemingly follows a person’s every step and public utterance. In part 29 of the 50-part file, there’s a memo recapping a 1970 anti-Vietnam war march in Houston (“…numerous individuals were observed smoking marijuana… the rally ended with a speech by Abbie Hoffman which was highly critical of the government and was liberally laced with obscenities…”) followed by a 26-page transcript of a Hoffman appearance on the Merv Griffin Show, followed by the transcript of a speech at Colorado State University.

In 2007, the FBI announced the declassification of 270 million pages covering “a span of time stretching from the 1920s until 1981 and just about every kind of FBI investigation.” The release followed an executive order requiring the release of files with “permanent historical value” that had been closed for more than 25 years.

That quarter-century cushion helps explain why post-Carter America is mostly absent from The Vault. Indeed, the archive’s greatest value may be as an interactive exhibit on mid-century communist paranoia. It’s one thing to memorize the acronym “HUAC,” as I, and many others, did in our high school American history courses. It’s quite another to flip through a 500-page file on Leonard Bernstein that contains precise physical descriptions (“5’8” tall, and weighs 145 pounds. He has wavy brown hair which dips over his right eye”) alongside mentions of the conductor’s participation in a 1947 “radio broadcast attacking the activities of the House Un-American Activities Committee.”

Communist activity — whether real, rumored or imagined — is the reason so many historical celebrities found their way into The Vault. Albert Einstein’s nearly 1,500-page file is rife with references to communism, as is the 132-page file on Danny Kaye. At one point, Norman Mailer’s file cites “a confidential source, who has furnished reliable information in the past, [who] advised on June 30, 1950, that Norman Mailer was a ‘concealed’ Communist.”

The details of how this kind of information was obtained can be chilling. Howard Zinn’s file describes how his sister Doris was “contacted under pretext” to supply confirmation of his past employment at the American Labor Party Headquarters. Another document describes a plan to place Zinn’s New York City home under “discreet surveillance” so that “when he is a discreet distance from his place of residence, he will be contacted by two agents assigned to the Security Informant Program.” Subsequent memos indicate that these impromptu interviews with Zinn did indeed take place on the streets of Manhattan.

And then there were Julius and Ethel Rosenberg, the infamous couple sent to the electric chair on June 19, 1953, for leaking atomic secrets to the Soviet Union. The decades since the trial and execution have added layers of uncertainty and nuance to the case. (“It now seems clear the Rosenbergs were neither as innocent as they claimed nor as guilty as the government alleged,” reads a 2003 New York Times editorial. “The Rosenberg case still haunts American history, reminding us of the injustice that can be done when a nation gets caught up in hysteria.”) But none of that is found in the 153-page summary of the case written by the FBI’s Domestic Intelligence Division and forwarded to Look magazine in 1953, “as reference material in connection with a proposed article that is to appear in this magazine,” according to a declassified memo.

The Rosenberg case took place in an era when a new, cinematic and stylized kind of nonfiction writing was emerging in the pages of the nation’s magazines. This perhaps explains the flair with which the FBI Rosenberg memo was written. The pristine (not redacted) document begins by describing the moment in 1949 when the White House confirmed that the Russians had detonated an atom bomb. “Russian ingenuity in the scientific field had probably contributed immensely to this discovery,” it allows. “But what of the part played by American traitors? What of the part played by the executed atom spies, Julius and Ethel Rosenberg? This then is the story of their deed of infamy — a crime worse than murder.”

A shelf’s worth of books has been written about the Rosenberg case and this book-length FBI memo belongs right there with them. No, it’s not the definitive book on the case, but it’s hard to imagine a more definitive contemporaneous government account. The dramatic, sermonizing style persists up until the final paragraphs, which describe the events surrounding the case as the “largest Communist-inspired propaganda and pressure campaign in our Nation’s history to save two Communist spies.”

“Now that the Rosenbergs are dead,” the final pages read, “world Communism will probably continue the propaganda campaign to martyrize them as victims of ‘American Imperialism.’ But the Rosenbergs in the eyes of the non-Communist world were guilty of the most heinous crime an individual could commit — they had betrayed their country’s secrets.”

Philip Eil is a freelance writer based in Rhode Island.

Delving Into the FBI’s Jewish Files