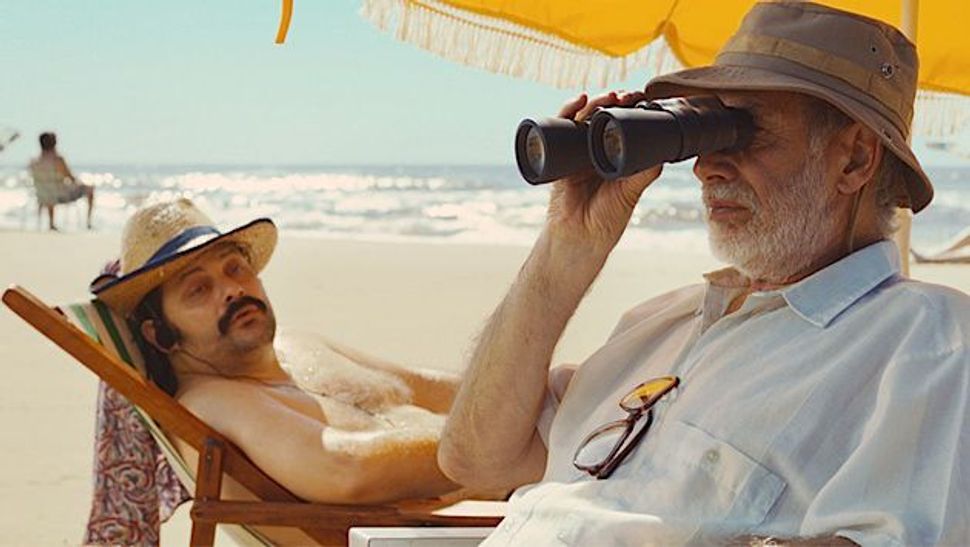 In 2009, when South American filmmaker Álvaro Brechner’s movie “Bad Day To Go Fishing” was accepted into the Warsaw Film Festival, he took the opportunity to visit the Polish neighborhood where his grandfather was born. Brechner’s grandparents had fled to South America just before World War II, with the family first settling in Bolivia before moving to Uruguay, and he had never been on a pilgrimage to their birthplace.

The director was struck by how few traces of his grandfather’s life he was able to find. “I was shocked,” he said to the Forward. “There was nothing I felt that belonged to me, or even to my culture… When I returned home, I started to think on how easy our trace on Earth is erased. It takes just, maybe, two generations.”

The incident was what Brechner called the “seed” for his latest film, “Mr. Kaplan,” a dark comedy about an elderly Jew in 1997 Uruguay who feels out of touch with a younger generation that doesn’t understand his struggles as a former refugee.

“Mr. Kaplan,” which Brechner both wrote and directed, was Uruguay’s Best Foreign Language Film submission to the 2015 Academy Awards. It was also nominated for an audience award at last year’s Chicago International Film Festival, and chosen as the closing night selection for this year’s Washington Jewish Film Festival. The Uruguayan-Spanish-German co-production opened in select South Florida theaters on March 6, with more screenings to follow.

The protagonist of the movie, Jacob Kaplan (played by Chilean actor Héctor Noguera), is terrified of dying without having left his mark on the world. Inspired by the capture, smuggling, and subsequent trial of Adolf Eichmann by Mossad agents in 1960, Jacob sets out to capture a beach house resident whom he suspects is a Nazi, with the ultimate aim of bringing him to stand trial in Israel as Eichmann did.

Brechner, who was the first member of his family to be born in Uruguay and who now lives in Spain, based elements of Jacob on his grandfather. The film’s opening incident — in which Jacob, who never learned how to swim, jumps into a pool to prove his philosophy that a survival instinct will help people get through anything — is lifted directly from real life. Brechner’s grandfather also jumped into a pool at the age of 75 without knowing how to swim.

At the time, Brechner said, his grandfather had to spend two days in the hospital. But now, “We always remember that anecdote as a comedy.”

South America’s Jewish population hasn’t had a particularly large presence on film. Argentine director Daniel Burman is a notable exception. Burman made a loose trilogy of autobiographical films in the 2000s: “Waiting For The Messiah” in 2000, “Lost Embrace” in 2004, and “Family Law” in 2006. All three movies star Daniel Hendler as a young Jew in Buenos Aires named Ariel who is struggling with his identity.

“Mr. Kaplan” is something different: an explicit attempt to reckon with a Latin American country’s role as a haven for both Jews and Nazis in the postwar period. Uruguay has a Jewish population of fewer than 25,000 people, and most of them are concentrated in the capital of Montevideo, where “Mr. Kaplan” is set. They are primarily Ashkenazi, secular and middle-class.

Buenos Aires, a four-hour ferry ride down the coast, played host to several anti-Semitic episodes in the mid-’90s, and most recently saw the killing of Alberto Nisman, the federal prosecutor investigating the 1994 bombing of the city’s Jewish center. Uruguay has remained free of such incidents but, along with Argentina, Chile, and Paraguay, also played host to fleeing Nazis.

Brechner felt inspired by the actions of his grandparents and others like them. The World War II-era generation of Jewish immigrants to South America, Brechner said, were “leaving everything behind — their families, their language, their cemeteries — everything they had, in order to arrive at a country where they didn’t know anything, where they couldn’t even speak the language, and they had to start from zero with their lives, rebrand themselves. I wanted to do a kind of homage to that generation.”

Despite his interest in his Jewish heritage, Brechner says he is not a practicing Jew. “I [see] myself as a Jew, but also as many other things,” he said. Even so, the mere act of making “Mr. Kaplan” may have solidified the director as Uruguay’s foremost chronicler of Jewish life. 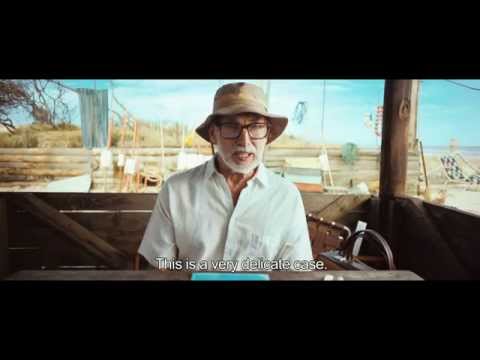 The movie takes the form of a cross-generational buddy comedy. Jacob partners with the younger, slovenly Contreras (Néstor Guzzini), a former cop who left the force after witnessing an act of corruption. Lacking work, Contreras accepts Jacob’s family’s offer to watch over the man following his swimming pool incident (a sly commentary on society’s tendency to pass off responsibility for their elders when it becomes too much of a burden). But Jacob drags Contreras into his passion for the hunt, and the two investigate their adversary while donning disguises and questioning his family members.

The true identity of Jacob’s target remains a mystery until the end of the film, and audience sympathies waver: Is Jacob onto something no one else can see, or is he just a doddering old man?

“The film speaks to how different generations handle this history,” Ilya Tovbis, director of the Washington Jewish Film Festival, told the Forward. “Some of it is just very fanciful and fun and does well as entertainment, but I think there are some more serious issues in terms of, how do we actively remember horrible histories and remain relevant as we age, and yet do so with enough humor so that we can move forward?”

By adopting a note of humor, “Mr. Kaplan” is also keeping that subgenre of Jewish film, the survivor’s story, alive and kicking.

Andrew Lapin is a freelance film critic and journalist. He has written for NPR, The Atlantic, Washington Post, Tablet, The Dissolve, and other outlets. Follow him on Twitter @AndrewLapin