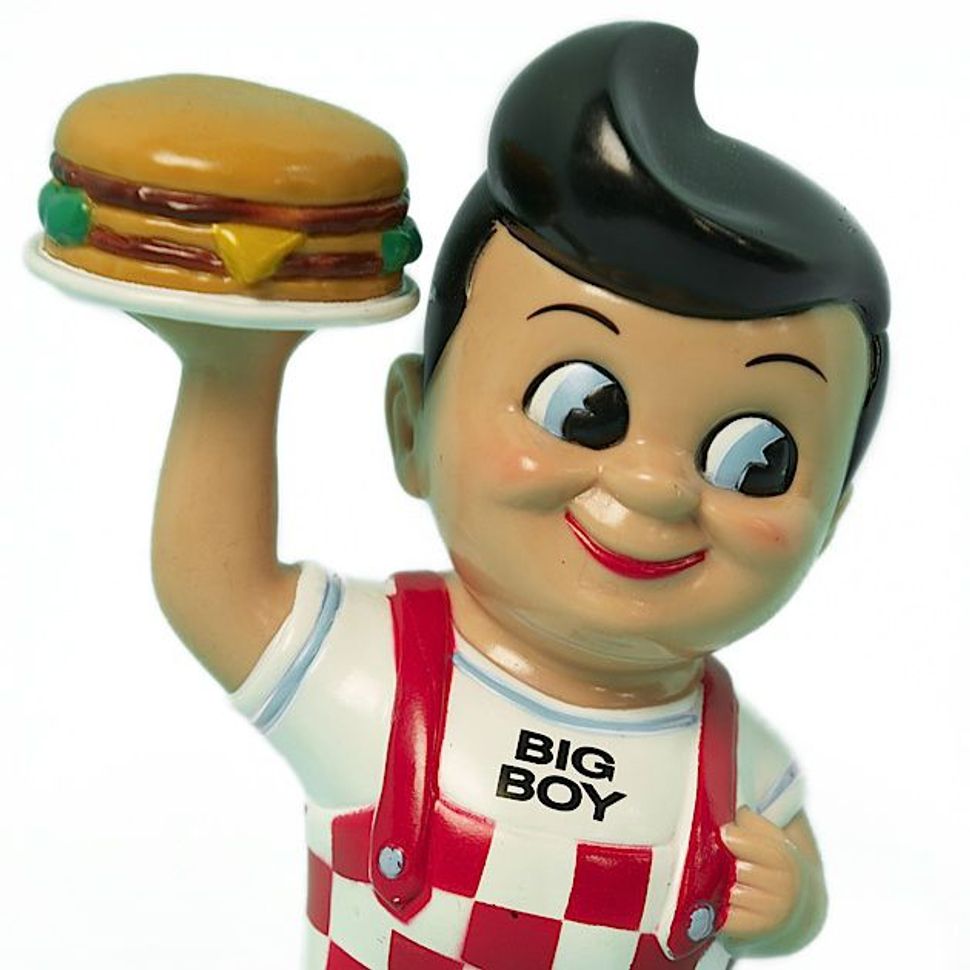 Big Boy From West Virginia: The Shoney’s restaurant chain was started by Alex Schoenbaum in Charleston in 1947. Image by wvculture.org

2) Every four years, the West Virginia Jewish Reunion is held in Charleston, reuniting hundreds of former and current residents from across the state. The event, which is sponsored by descendants of Simon and Ida Meyer of Huntington, includes educational and cultural programming, a banquet, and Shabbat services.

3) The Shoney’s restaurant chain was started by Alex Schoenbaum in his hometown, Charleston, in 1947. Today there are more than 200 locations in 16 states.

4) Benjamin Rosenbloom is the only Jew to have represented West Virginia in the U.S. Congress. The Wheeling Republican served in the House of Representatives from 1921 to 1925.

5) Jules Rivlin of Wheeling played three seasons in the National Basketball League (precursor to the NBA) in the 1940s. He later coached Marshall College (now Marshall University), in Huntington, to its first NCAA tournament appearance, in 1956. Among his players that year was future Hall of Famer Hal Greer, himself a Huntington native.

6) Daniel Mayer of Charleston was the first Jewish member of the West Virginia state legislature. The German immigrant was elected in 1889. President William McKinley appointed him U.S. consul to Argentina in 1897.

7) In Keystone, a tiny coal town in the southern tip of the state, Jews made up 10 percent of the population in 1900. That’s comparable to the Jewish population of New York City today. In the 1960s, when only a few Jews were left in Keystone, Julian Budnick was elected mayor.

8) The first synagogue in the state was Congregation L’Shem Shomayim in Wheeling. It was formed by Central European immigrants in 1849, some 14 years before West Virginia became a state. Rabbi Abba Hillel Silver, a prominent American Zionist, had his first pulpit job at this synagogue, from 1915 to 1917.

9) Lewis Strauss, born in Charleston, was chairman of the U.S. Atomic Energy Commission from 1953 to 1958. Strauss had been an early proponent of the development of the atomic bomb and the hydrogen bomb. President Dwight Eisenhower appointed him Acting Secretary of Commerce in 1958, but Strauss’s nomination was voted down by the U.S. Senate the next year.

10) Fred Caplan of Clarksburg served on the West Virginia Supreme Court of Appeals from 1962 to 1980.

11) Congregation B’nai Sholom (formerly Ohev Sholom) in Huntington has the only synagogue in West Virginia listed on the National Register of Historic Places. The Byzantine-style building opened in 1926; the congregation dates to 1887.

12) David Shear, an immigrant from Poland, was the mayor of Romney in the 1950s and ’60s. For several decades his family owned a department store in the small city (population 2,000). Romney is West Virginia’s oldest town, but Shear was the only Jew living there at the time.

13) The Keith-Albee theater in Huntington, designed by noted architect Thomas Lamb, was owned by the Hyman family from 1928 to 2006. When it opened, it was the second-largest theater in America. The restored Spanish Baroque–style building is on the National Register of Historic Places.

14) Abraham Kaplon, a Lithuanian immigrant, was one of the few Jews to settle in Harpers Ferry. He arrived just a few decades after the abolitionist John Brown raided the federal armory there, which led to the Civil War. Kaplon owned a large department store, was the streets commissioner, and served on the town council for 25 years. The home he built in 1908 still stands.