Let’s Get Honest About Gunter Grass 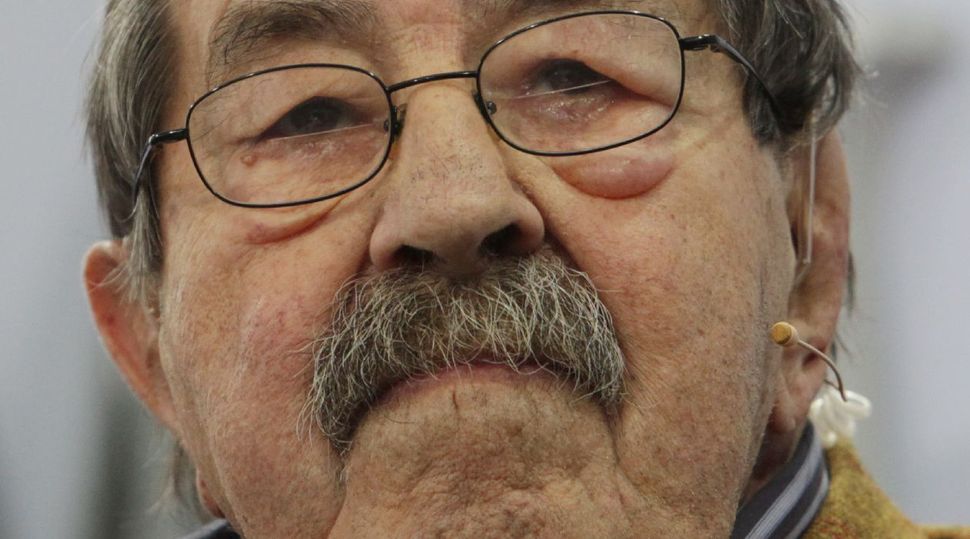 The Forgotten Face of History: Gunter Grass, author of ‘The Tin Drum,’ has died at the age of 87. Image by Getty Images

It has already started. In the obituaries for the late German novelist Günter Grass, he has been cast as “the writer who stirred Germany’s conscience,” “the conscience of Germany,” and “the conscience of his generation.” Grass looks set for canonization, but his place in German literary and political history should still be a matter of some dispute.

It would be uncharitable to write off Grass’s role in West German history and the great task of Germany’s Vergangenheitsbewältigung — coming to terms with the past. Through his Danzig Trilogy — “The Tin Drum,” “Cat and Mouse” and “Dog Years” — as well as his activism in and out of the Social Democratic Party, Grass addressed the rise and fall of Nazism and the importance of excavating, discussing and learning from Germany’s midnight. Grass was awarded the Nobel Prize in 1999 for his “black fables” that “portrayed the forgotten face of history.”

“In the fifties and the sixties, politicians didn’t like to speak about the past, or if they did speak about it, they made it out to be a demonic period in our history when devils had betrayed the pitiful, helpless German people. They told bloody lies,” Grass told The Paris Review in 1991. “It has been very important to tell the younger generation how it really happened, that it happened in daylight, and very slowly and methodically.”

Such was the stress he placed on the relevance of Nazism to the German present that after the opening of the Berlin Wall he vehemently opposed German reunification, provocatively (and inaccurately) referring to the marriage of East and West as an Anschluss. “I warned once more against annexation in the guise of unification, and pointed to Auschwitz as an inescapable imperative,” Grass wrote in a journal entry from February 1990, which saw the light of day in a volume called “From Germany to Germany,” published in 2012.

Grass’s fears about this Deutsche Wiedervereinigung were never realized, and with the benefit of hindsight, the Wende — the period of change in Germany following the fall of the Wall — marked the beginning of a period of intellectual decline. Over time, Grass would move away from his role as the conscience of Germany, as the obituaries would have it, and come to vocalize the thoughts of Germany’s underbelly.

In 2002, Grass published “Crabwalk,” a novel which in a sense commemorated the German refugees who drowned on the Wilhelm Gustloff, sunk by the Soviets in the Baltic Sea in 1945. Having previously denounced Helmut Kohl for his remembrances of German victims of the Second World War in the 1980s, Grass was now joining those who thought it necessary to talk about Allied crimes, including the bombing of Dresden and the burning of Hamburg. “It was not these were in themselves inappropriate historical subjects,” Tony Judt wrote in “Thinking the Twentieth Century,” “but the very idea of emphasizing German suffering, and implicitly comparing it with the suffering of others at German hands, would have sailed dangerously close to a relativizing of Nazi crimes.”

Grass also seemed to think it was required of him to vocalize lazy anti-Israel sentiment in his awful poem, “What Must Be Said.” Published in a Munich broadsheet in 2012, Grass’s verse drew an equivalency between the atomic programs of Israel and Iran, stating that “Israel’s atomic power endangers / an already fragile world peace.” He added that German aid to Israel in the form of nuclear submarines “will not be expunged by any / of the usual excuses.” Far from confronting the past here, Grass was saying rather explicitly and disgustingly that Israel uses the Holocaust against Germany as leverage or blackmail.

Towards the end of his life, Grass would be labeled, not unfairly, a fraud and hypocrite. Having spent a lifetime encouraging Germans to pull back the curtains and come clean about the past, including the complicity of ordinary citizens in war crimes, it was only in 2006 in his memoir, “Peeling the Onion” — seven years after he had won the Nobel, as Christopher Hitchens once pointed out — that Grass revealed that during the War, he had been a member of the Waffen-SS.

Having failed to get into the navy as a volunteer two years prior, in the final months of the war at the age of seventeen Grass served in the Frundsberg Panzer Division in Dresden. He had previously claimed to have been a Flakhelfer – a student conscripted after 1943 to man anti-aircraft batteries — and thus part of the generation exempt from direct culpability in German crimes.

To this extent, Günter Grass’s status as the conscience of Germany was based both on a lie and an occlusion of the truth. It is not that he should be punished for his service per se, but his lack of admission undermines his loud and repeated calls for honesty and transparency. Remember him as the conscience of Germany if you must, but a more honest appraisal of Grass’ life and work would acknowledge his failings too. One cannot have the one without the other.

Let’s Get Honest About Gunter Grass