Of Stephen Sondheim, the Marx Brothers and 12 Other Things About (Jewish) Pennsylvania 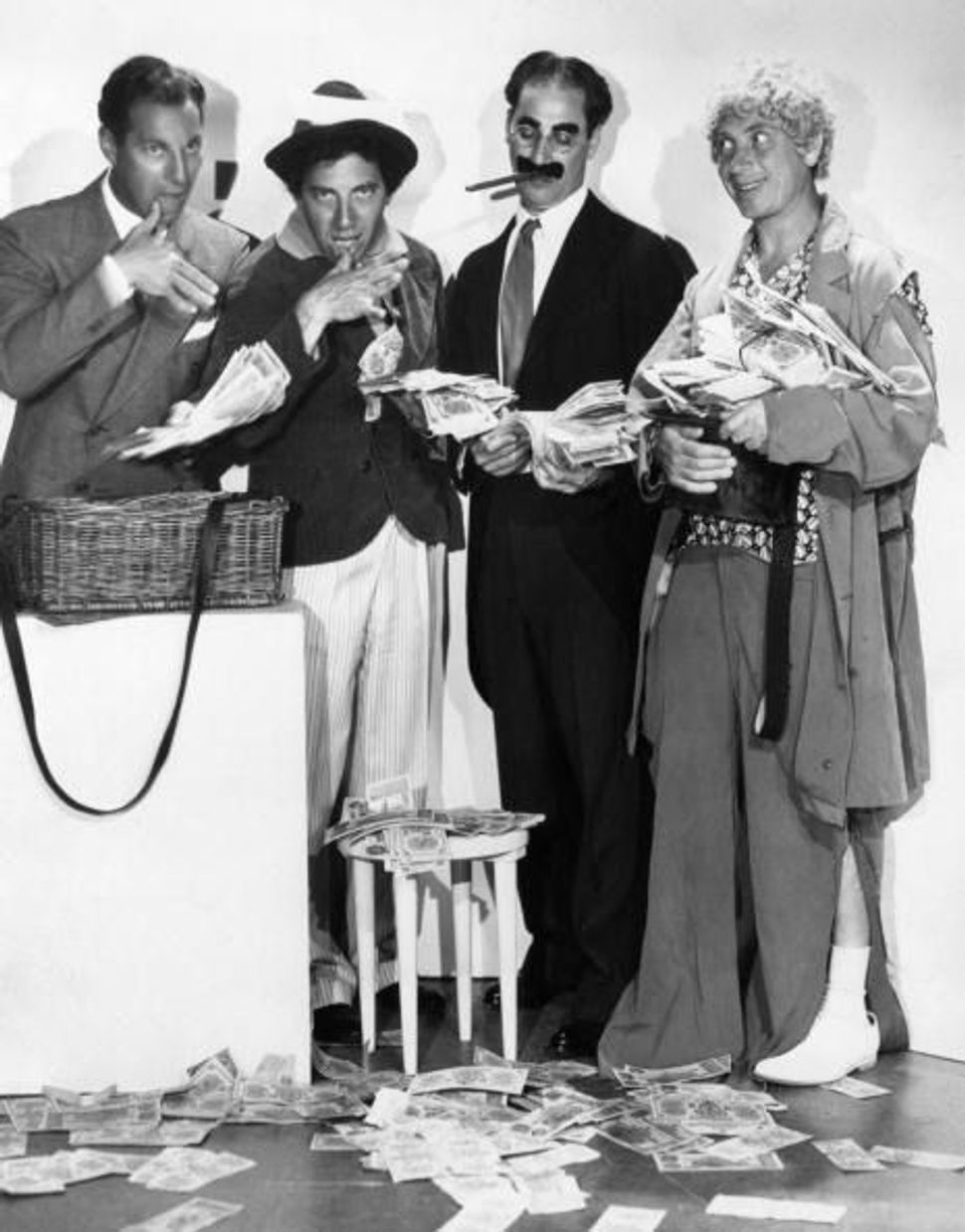 Made in Philadelphia: The Marx Brothers’ first stage show, “I’ll Say She Is,” premiered in 1923 at Philadelphia’s Walnut Street Theatre. Image by Getty Images

2) One of the most prominent early Jewish residents of Pennsylvania was Isaac Miranda, who emigrated From France in 1712 and became Lancaster’s first Jewish resident. A businessman and Indian trader, he had a large collection of Jewish books.

3) Pennsylvania’s oldest synagogue is Congregation Mikveh Israel, founded in the 1740’s in Philadelphia. Among its most famous early members were Haym Solomon and Rebecca Gratz.

4) In 1864, Maimonides College, the first Jewish Theological Seminary in America, was founded in Philadelphia.

5) At the United States’s first world’s fair — held in Philadelphia in 1876 — Sir Moses Jacob Ezekiel’s sculpture “Religious Liberty” was unveiled. It is currently located in the National American Museum of Jewish History.

6) The Nickelodeon — the first movie theater in the world — was founded in Pittsburgh by Harry Davis and his partner John Harris in 1905.

8) Hollywood mogul David O. Selznick, who produced “Rebecca,” “A Star Is Born” and “Gone With the Wind” was born to a Jewish family in Pittsburgh in 1902.

10) Architect Louis Kahn taught at the University of Pennsylvania’s School of Design.

11) One half of “Sid and Nancy,” Nancy Spungen was born to a Jewish family in suburban Philadelphia in 1978. Her partner, Sid Vicious of the Sex Pistols, was charged with her murder and died of a heroin overdose before standing trial.

12) The 1978 Nazi thriller “The Boys From Brazil,” based on the Ira Levin novel, was filmed partially in Lancaster County.

13) The 1988 novel “The Mysteries of Pittsburgh” was set in the titular city where author Michael Chabon spent part of his childhood.

14) The child of Russian-Jewish émigrés, Arlen Specter served in the U.S. Senate for 30 years, first as a Republican before switching to the Democratic party in 2009.

15) After his parents divorced, Stephen Sondheim — lyricist for “West Side Story” and composer of “Sweeney Todd” and “Into the Woods” — lived in Doylestown, and was mentored by Oscar Hammerstein II, also a Doylestown resident.

Of Stephen Sondheim, the Marx Brothers and 12 Other Things About (Jewish) Pennsylvania