Could Paul Beatty Be the New Philip Roth? Nope, He Just Won the Man Booker Prize. 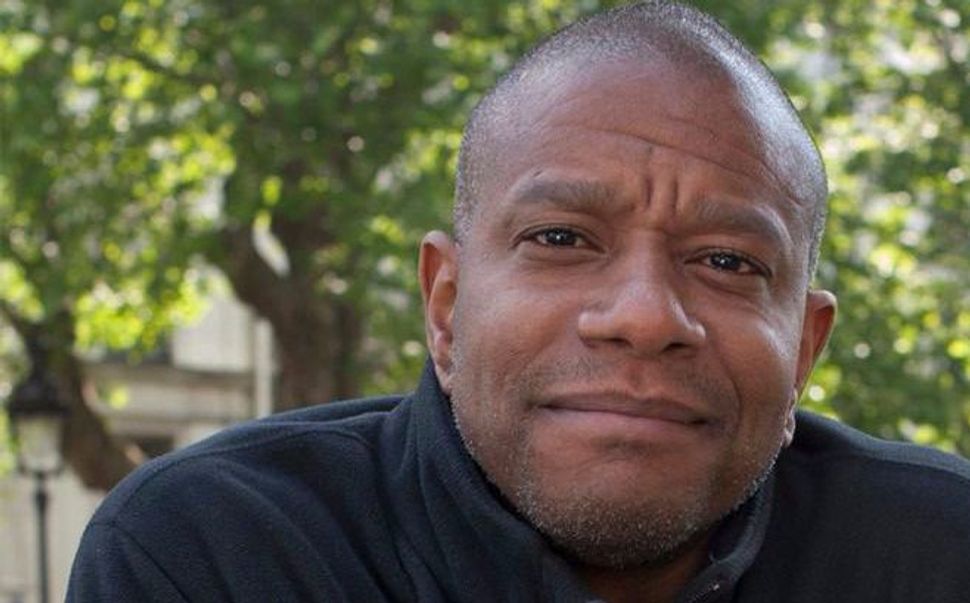 In May, 2015, we profiled Paul Beatty, author of “The Sellout.” Now that Beatty has become the first American to win the Man Booker Prize, we’re revisiting that article. As it turns out, Beatty isn’t that much like Roth after all — Roth never won the Booker (he did, however, win the Man International Booker in 2011).

To meet Philip Roth, I take the J train to Essex Street on Manhattan’s Lower East Side. Since I didn’t grow up here and neither did any of my relatives, I’m only about 90% certain that it’s really called the Lower East Side and am nearly 100% certain that a native New Yorker would inform me that I got the name of this particular section of the neighborhood wrong. Anyway, I hook a right on Rivington Street — away from Economy Candy, toward the recently shuttered Streit’s Matzo factory. I make a left on Clinton and, across the street from Congregation Chasam Sopher, I enter the Cocoa Bar. I order a decaf, sit down at a window table and, moments later, in walks Philip Roth. He extends a hand.

“Hey, man, I’m Paul Beatty,” he says. He orders a lemonade and takes a seat.

I’ve been working on a theory. Actually, it’s more of an idea than a theory, but here goes: Now that Philip Roth has retired, Paul Beatty, the 53-year-old author of “The Sellout” — the most caustically funny American novel I’ve read since Ben Fountain’s “The Long Halftime Walk of Billy Lynn” and the most astute, thought-provoking and outrageous one since I-can’t-even-remember — is his generation’s answer to Roth.

The idea is not completely random — though Beatty is not Jewish, well, as the saying goes, some of his best friends are. His novel comes armed with praise from a murderers’ row of contemporary Jewish artists: Sarah Silverman, who Beatty has known since she was 10, and Sam Lipsyte and Ben Marcus, with whom Beatty teaches at Columbia University.

Beatty counts among his early influences both Roth and Joseph Heller (“Those are my guys,” he says). One of Beatty’s close writer pals is Adam Wilson, a National Jewish Book Award finalist for the novel “Flatscreen.” The books that Beatty has read most recently are Edgar Hilsenrath’s “The Nazi and the Barber” and Fran Ross’s “Oreo,” a comic novel about the daughter of a Jewish father and an African-American mother.

But moreover, “The Sellout” — which concerns a California sociologist’s son brought before the Supreme Court for attempting to reinstitute slavery and segregation — is both a raucous satire and a deadly serious meditation on what we do and don’t talk about when we talk about race in America. It has that potent admixture of comedy and rage one typically associates with Roth.

“I love his writing,” Beatty says of Roth. “I love that he sticks to his f—king guns and that he’s created room for himself to say what he wants to say and a big part of this book is try to emulate what he’s doing — creating space for himself. It’s what he did in ‘Portnoy’s Complaint.’ He wrote this book, he knew it was gonna piss a ton of people off, he was stepping on every landmine. But afterwards, the field was clear and he could go even further out.”

Beatty is the author of two books of poetry and three previous novels, including “The White Boy Shuffle.” He has also edited “Hokum: An Anthology of African-American Humor” and is currently working on an anthology of non-black writers writing about black characters. “The Sellout” took about five years to write and its scope is ambitious. “When I was writing it, I felt like I was addressing this big, weird landscape and I don’t always do that,” says Beatty. “I met a guy on 7th Street and he was talking about how no one really talks to this country as a whole anymore, and I said to myself, ‘I think I kind of am in this book.’”

One could go on at length about the plot of “The Sellout” — Hominy Jenkins, the last surviving “Little Rascal” plays a key role as our hero attempts to resurrect his California hometown of Dickens that has been erased from U.S. maps — but, as Beatty admits, it’s tough to faithfully describe, and besides, the plot is only part of the point. One could go on for pages highlighting the novel’s extremely quotable passages — send-ups of intellectual culture, African-American literature, bowdlerization, self-righteous do-gooderism — but to do that would give the false impression that the book is a series of extended stand-up riffs. And more than enough critics have already compared Beatty’s book with the comedy routines of Richard Pryor and Dave Chappelle.

Still, reading some of the more jaw-dropping passages in Beatty’s book, one might be reminded of the sort of fuss that Philip Roth stirred up in his “Portnoy’s Complaint” days. I can’t recall having read so many N- and F- words since I read Miles Davis’s autobiography. it’s the sort of book you read cautiously on the subway, and not just because of the lawn jockeys on the cover. You could imagine “The Sellout” sitting on the bookshelf next to the work of Terry Southern and John Kennedy Toole. You could picture it as the sort of well-thumbed paperback that college students kept in the back pocket of their jeans in the early 1970s, in those days when literature seemed to have more potential to inspire national conversations about topics other than the authors themselves (insert obligatory reference to Jonathan Franzen here).

“That’s when I really started reading — in the 1970s,” Beatty says. “I read all those Joseph Heller and Saul Bellow books and they all seemed so important. When I think about books that are important to me, it’s mostly from that period when I started reading. Vonnegut, Heller, Roth all that kind of shit. I don’t know if people were franker back then, but I think they weren’t pandering as much.”

Beatty and I talk for a while about the confluences between Jewish and African-American culture, about the admittedly clichéd concept of disenfranchised outsider as comedian (“There’s tons of books about crap like that,” Beatty says). We even entertain the question of whether there’s an equivalent in the black community to the idea of something being “bad for the Jews.”

“Is there a corollary for black people?” Beatty asks. “Probably not. I don’t think people can even agree on who’s black or what’s ‘good’ or what’s ‘bad.’”

As we continue to talk, Beatty jokingly tells me that if I want to call his book a “Great Jewish American novel,” I’m welcome to do so.

I thank him for that, and I actually consider it, but after we’ve talked a while longer, I think maybe not. Because, though I’ve intended my comparison between Beatty and Roth to be a compliment, I fear it may almost be the opposite. To call “The Sellout” Jewish or Rothian in its sensibility is to praise it while simultaneously robbing it of its originality. And, the qualities of “The Sellout” I most admire — its wisdom, humor and fearlessness — aren’t ones that I automatically associate with Jewish-American literature or African-American literature or any sort of hyphenated literature except for great-American literature. Maybe when I’m saying “Rothian” or “Jewish,” what I’m really trying to say is “universal.”

And so, after I say goodbye to Beatty on Houston Street, I begin walking west toward the subway, which is located across the street from Katz’s Deli — a place my ancestors never visited because they never lived here and so never were part of that particular ethnic cliché. I descend the stairs and head for the F train, leaving behind the Lower East Side (if that’s where I actually was), and I also leave behind my ideas about Philip Roth. For, truth be told, though I’d be happy if Roth emerged from his retirement and wrote another novel, I’m much more interested in reading what Paul Beatty will write next.

Could Paul Beatty Be the New Philip Roth? Nope, He Just Won the Man Booker Prize.