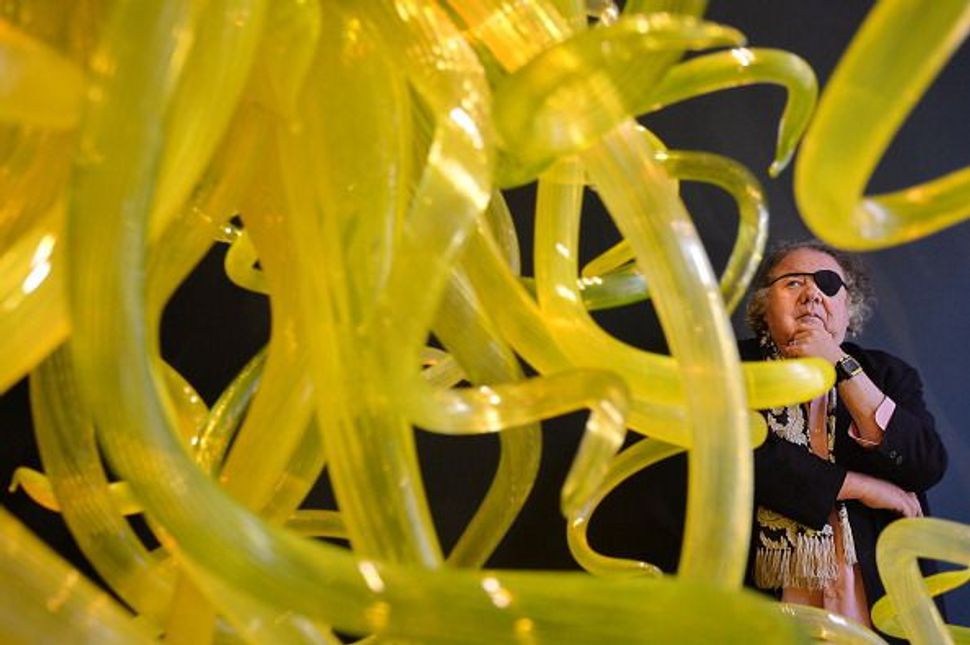 3) Elected in 1875, Bailey Gatzert became the first (and so far only) Jewish mayor of Seattle.

4) Washington’s first synagogue, Temple Emanu-El, was founded in Spokane in 1892.

5) Seattle’s Orthodox population is centered around the neighborhood of Seward Park.

6) After New York and Los Angeles, Seattle has the largest Sephardic population in the country.

7) Brooklyn-born Howard Schultz went on to become CEO of Starbucks in Seattle. He also co-owned the Seattle Supersonics until 2006.

8) Hole lead singer Courtney Love, who lived in Seattle with her husband Kurt Cobain, has claimed to be “five-eighths Jewish.”

9) Born in Tacoma, artist Dale Chihuly — who lived on a kibbutz in Israel in the early 1960’s — was named a “national living treasure” by George H.W. Bush.

10) Washington has the country’s highest percentage of people who identify as “non-religious.”