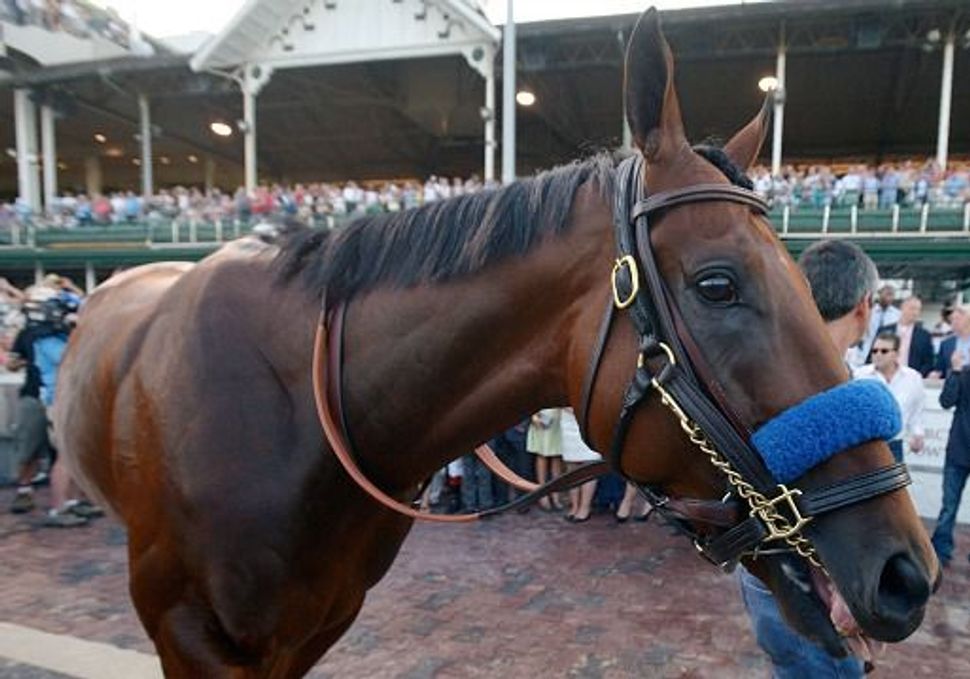 2 Henry Hyman was reportedly the first Jew to settle in Louisville, Kentucky. In 1826, he opened a tavern called the Western Coffeehouse, where he sold delicious, non-kosher food and the finest liquor in town.

3 Jewish communal life began in Kentucky in the 1830s.

4 The first Jewish congregation in Kentucky, formed in 1842 by German-Jewish immigrants, was called Adath Israel.

5 Supreme Court justice Louis Brandeis was born in Louisville in 1856.

6 Jacob Wertheimer — the grandson of Louisville-born boxer Muhammad Ali — is Jewish and had his bar mitzvah in 2012.

7 The booze trade was a strong one for Jewish immigrants arriving in Kentucky: Jews held a special monopoly on the whiskey market because in order to ensure that the goods were kosher, they had to be involved at every step of the production and distribution process.

9 Poet Israel Jacob Schwartz wrote the epic poem, “Kentoki,” in Yiddish in 1922. The poet, having arrived in New York from Lithuania, wrote about how he made his way to Kentucky, which he felt was the Jerusalem of the American South.

10 Noted Jewish actor, television pitchman and former star of “Star Trek,” William Shatner, has a horse farm outside of Lexington.

11 American Pharaoh, the horse that won this year’s Kentucky Derby, is owned by an Orthodox Jew from Egypt.

12 Kentucky is dubbed the Bluegrass State. Not everyone knows, however, that bluegrass is actually green.